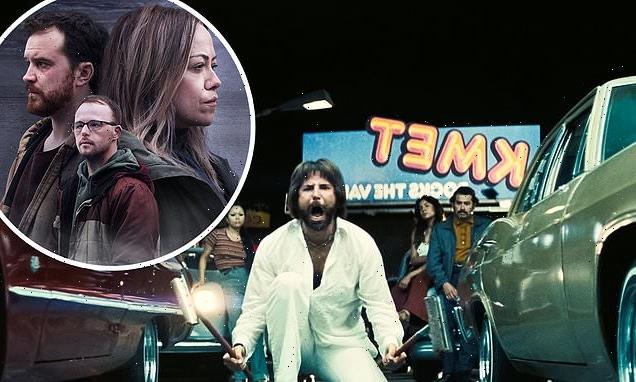 From a 1970s coming-of-age comedy starring Bradley Cooper to series three of Welsh crime drama Hidden, the best on demand TV to watch this week

This coming-of-age comedy set in 1970s LA stars Cooper Hoffman, son of the late Philip Seymour Hoffman, and Alana Haim, one third of the excellent rock band Haim, each making their film debut. 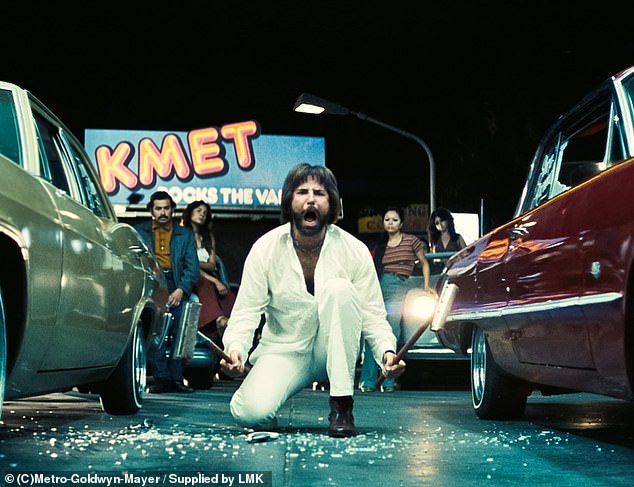 This film, starring Bradley Cooper (above) lacks any real plot – it’s more a collection of linked vignettes – but in the hands of director Paul Thomas Anderson it doesn’t seem to matter

Hoffman plays 15-year-old Gary, a child actor trying to become an entrepreneur, who falls for Alana (Haim), a 25-year-old photographer’s assistant. They hang out, argue, get into scrapes and are generally charming.

It’s a film lacking any real plot – it’s more a collection of linked vignettes – but in the hands of director Paul Thomas Anderson (There Will Be Blood, Phantom Thread) it doesn’t seem to matter.

Both Hoffman and Haim are terrific and the film also features Sean Penn as a movie star, Bradley Cooper as a producer (Barbra Streisand’s ex, Jon Peters) and Tom Waits as a director.

The principal characters’ age difference has prompted criticism, but most viewers will find the movie delightful. Sky Store, from Monday

As Time Goes By

Broadcast between 1992 and 2005, the final five series (of ten) of Bob Larbey’s gentle romantic sitcom continued to focus on the relationship between formerly star-cross’d lovers Lionel and Jean, plus their friends and extended family. 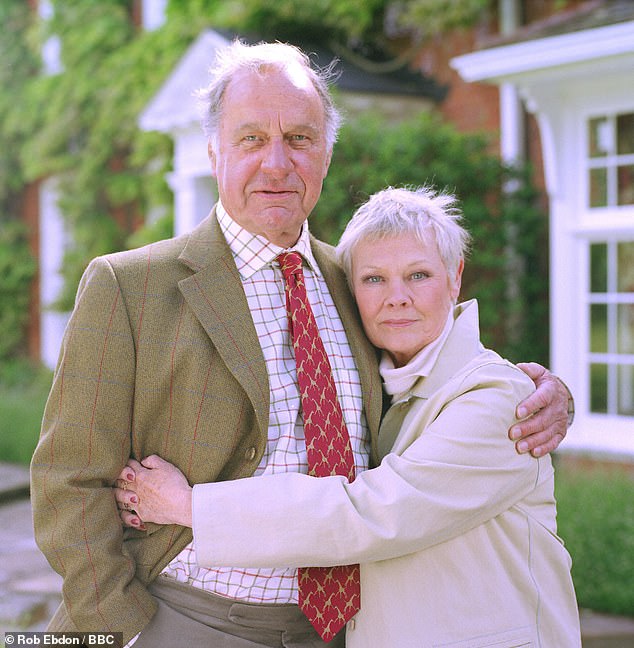 Geoffrey Palmer and Judi Dench are on fine form in the lead roles. BritBox, from Thursday

All The Old Knives

The pair were once involved in a disastrous attempt to free the passengers of a hijacked plane and remain haunted by the mission, but one of them wants to make amends in dramatic fashion.

Laurence Fishburne and Jonathan Pryce are among the impressive cast. Amazon, from Friday

Mother and Father (a pair of androids) and their kids (actual human kids – it’s complicated) have ended up in an atheist colony run by a computer which assures Mother that it will keep them all ‘safe and protected’.

The second series of Raised By Wolves is just as bonkers as the first, starring Abubakar Salim and Ivy Wong (above)

Uh-oh. The second series is just as bonkers as the first. Featuring Abubakar Salim and Ivy Wong. Sky/NOW, from Wednesday

Leonardo DiCaprio is among the producers of this moving natural history film.

It follows oceanographers as they try to locate the so-called 52-hertz whale, which they believe has spent its life calling out a different frequency to every other member of its species, causing it to live a solitary existence.

This documentary explores, through archive footage, much of which now seems incredibly sinister, how a man who was a celebrated public figure managed to fool the nation for four decades. Netflix, from Wednesday

School Of Rock meets Metallica in this coming-of-age comedy written by Game Of Thrones’ D. B. Weiss.

Jaeden Martell plays one of two high-school outcasts who recruit cellist Emily into their heavy metal group to win the Battle Of The Bands. Netflix, from Friday 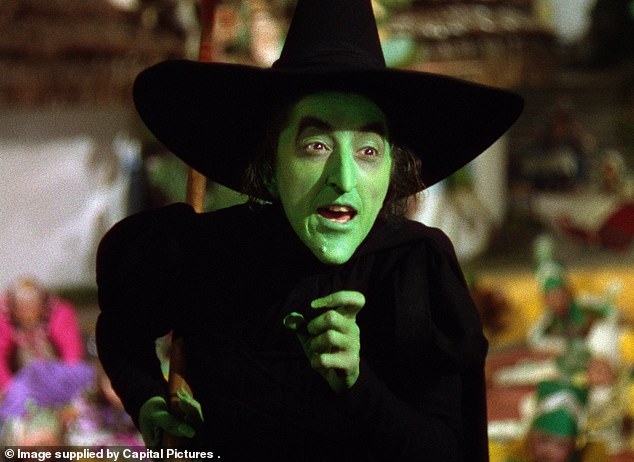 Is it really true that the Judy Garland fantasy The Wizard Of Oz, also starring Margaret Hamilton (above), contains accidental footage of a man who killed himself on set?

Is it really true that the Judy Garland fantasy contains accidental footage of a man who killed himself on set? Shudder, from Thursday

The Ultimatum: Marry Or Move On

A new dating experiment. Six pairs are nearing marriage, but one in each couple is less ready to pop the question so the other issues an ultimatum – marry or select a new partner.

Over eight weeks the couples get to know each other, before deciding to marry or not. Netflix, from Wednesday

There must be a great wailing and gnashing of teeth at Visit Wales when a new crime drama is set in Wales. 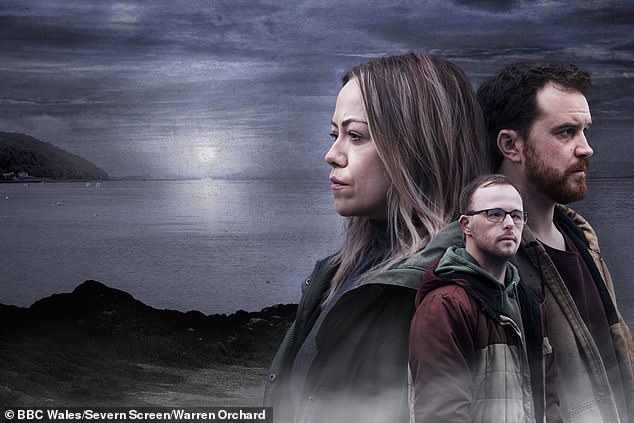 With the exception of Keeping Faith, series such as Hinterland and Hidden offer mostly pretty gloomy settings. Above: Sian Reese-Williams, Justin Melluish and Sion Ifan

With the exception of Keeping Faith, featuring the beautiful Gower area, series such as Hinterland and Hidden offer mostly pretty gloomy settings.

And so it is again in series three of Hidden, in which determined lesbian detective DI Cadi John (Sian Reese-Williams) investigates a body found in a river and a troubled labourer (Sion Ifan) struggling to care for his brother Glyn (Justin Melluish) – who has Down’s syndrome – all the while dealing with her angry sister after the death of their father.

This black-and-white 2012 comedy is essentially a snapshot of the life of Frances Halladay (Greta Gerwig), a not very successful dancer living in New York. 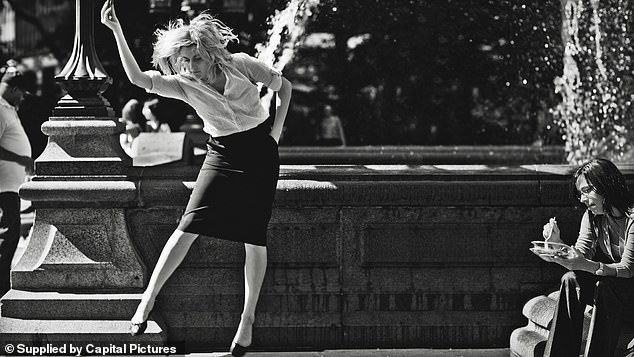 Greta Gerwig (above) plays Frances Halladay, a not very successful dancer living in New York in this black-and-white piece directed by Noah Baumbach

Directed by Noah Baumbach, it lacks narrative focus in a Woody-Allen-meets-French-New-Wave sort of way and rests heavily on the charm and charisma of Gerwig, so it’s just as well she has both in spades. All4, from Sunday

Any film starring James Robertson Justice and Leslie Phillips would be a must-watch, but the cast of 1970’s final Doctor film is an added bonus.

But it’s the mighty J. R. J. as Sir Lancelot Spratt who steals the show. Talking Pictures TV, from Sunday

Carla Lane’s bittersweet sitcom (1978-83), starred Wendy Craig as the scatterbrained but unfulfilled Ria, always on the verge of adultery despite loving husband Ben (Geoffrey Palmer) and two sons, one played by a young Nicholas Lyndhurst.

When a Leonardo painting previously thought lost to the art world suddenly appears, experts across the globe over sit up and take notice.

In this fascinating documentary, originally shown in 2011, Fiona Bruce comes face to face with one such work. She also visits Florence, Milan, Paris and Warsaw while profiling this most enigmatic of Renaissance figures.

If you’re a fan of Bruce’s Fake Or Fortune BBC art series, you’ll love it. BBC iPlayer, until Wednesday

Next week the gripping psycho-thriller returns to Alibi for its second series. For those who missed it, here’s a chance to see the original run. 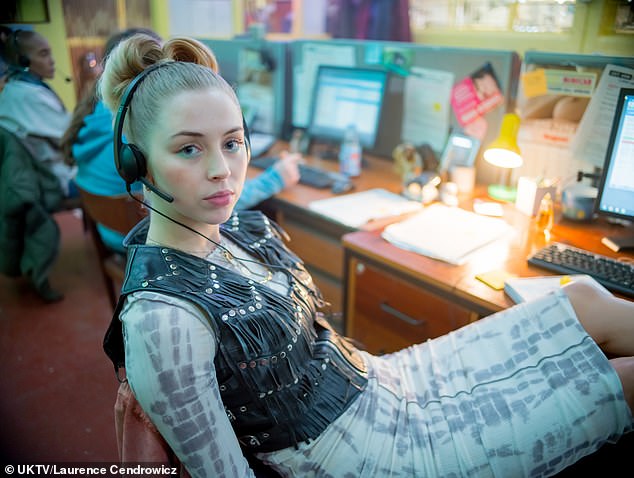 It focuses on a killing spree carried out by two strangers and the efforts of a pair of police detectives to stop them in their tracks. Eve Myles, Babou Ceesay, Hermione Corfield and Dipo Ola star. UKTV Play, available now