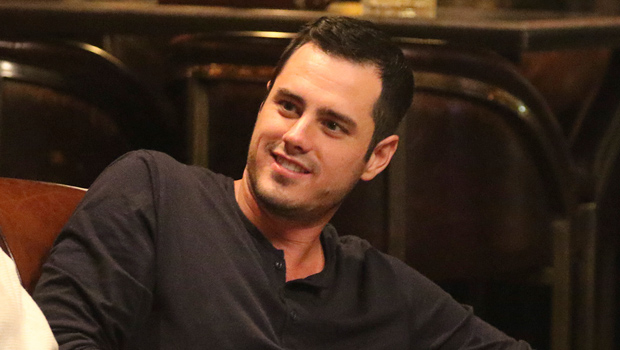 Who has Ben Higgins given his rose to? ‘The Bachelor’ fans are convinced they uncovered this mystery woman’s identity, and we’ve EXCLUSIVELY heard that after seeing Lauren Bushnell move on, Ben’s now ‘truly happy.’

Has Ben Higgins, 29, finally found his “happily ever after”? The star of season 20 of The Bachelor gave Lauren Bushnell, 29, his final rose in 2016, but by 2017, the engagement was off and his heart was broken. Yet, Ben said during the Jan. 14 episode of The Ben And Ashley I. Almost Famous podcast that he’s “started dating again,” according to PEOPLE. Ben wouldn’t say who he’s seeing, but leave it to all the Nancy Drews on the Internet to come up with a name. Fans are convinced he’s long-distance dating Jessica Clarke, a resident in Nashville, Tennessee.

Ben hasn’t confirmed this particular Bachelor fan theory (and HollywoodLife.com has reached out for comment) but one thing’s for certain: the fact that he’s dating again is a big deal. “Ben has struggled to find love for a while now,” a source EXCLUSIVELY told HollywoodLife.com. “It hurt him to see ex-fiancé Lauren Bushnell move on so quickly and he truly struggled to make a connection like that with someone for quite some time.

“He felt he was trying everything to meet someone as it’s always been really important for him to find true love again, so much so that he even turned down being The Bachelor [for a second time] for that very reason,” the insider tells HollywoodLife.com. “Ben was really focused on meeting someone naturally and in real life, constantly going out trying to meet someone. He had been expressing to friends how frustrated he was to find a girl he connected with.”

“Ben now truly is extremely happy,” the insider adds. “He feels so excited to be with someone he really likes. He truly wants to be married and start a family sooner rather than later.” So, when will he go public with this new romance and confirm/deny the speculation that he’s dating Jessica? Not anytime soon. Ben has been dating “about two months or so,” and while he’s “very giddy about it,” he’s not going to spill the tea on it just yet. “He will start opening up about it soon, but for the time being, he’s trying to keep it a bit private.” After finding love (and heartbreak) in front of the cameras, it seems Ben is keeping this relationship out of the spotlight for as long as he can.