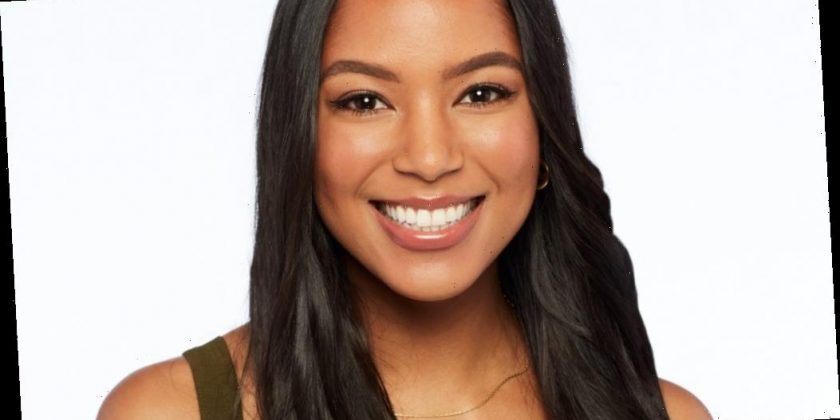 On The Bachelor, Bri Springs made a lasting impression among viewers. The communications professional also impressed the show lead Matt James. He pursued her until the Fantasy Suites week on the show when he decided they needed to part ways. Bri found closure with Matt on The Bachelor: After the Final Rose (despite it not being shown) and is now moving on. She was seen with another member of Bachelor Nation in a new picture that shows she’s already befriending others outside her season.

After a shared journey together on The Bachelor for several weeks, Matt ended things with Bri.

“There wasn’t something that came up this week, and that’s what makes this so hard,” Matt told Bri after the rose ceremony. “It would’ve been easy if I could point to one thing and say, ‘That’s why.’”

Bri teared up while listening to Matt’s reasoning.

“I can’t be upset or I can’t be angry, but I can be really sad and disappointed and hurt,” the eliminated contestant admitted. “Obviously I gave up a lot to be here. It is hard to think about not being able to see you again. But I think that’s just how this goes. You are going to be moving on to someone else and I think that’s what makes it harder.”

Matt finished his journey on the show in a relationship with Rachael Kirkconnell. But when Rachael was caught in a scandal due to racist pictures resurfacing, Matt broke up with her.

Now that the season is done, Bri is showing that she’s moving on from him and her experience on the show.

Bri Springs was seen hanging out with this Bachelor Nation favorite

But just because Bri is done with The Bachelor doesn’t mean she can’t make new friends in the franchise. Former lead of The Bachelorette Rachel Lindsay posted a picture on her Instagram with Bri.

Lindsay captioned the picture with an adorable pun: “No place I’d rather Bri.”

The two women posed together on a green outdoor space with their arms around one another. Fellow contestants shared their support for the two women in comments on the picture.

“The 2 of you in one photo I cannot handle,” Chelsea Vaughn wrote.

Natasha Parker, who appeared on Peter Weber’s season of The Bachelor also left a note on the post.

“Beautiful ladies,” she expressed. “I can feel the power in those radiant smiles… but also what I would give to be a fly in this room. #teatime”

Parker’s comment implied that there was perhaps some juicy information shared between the two former contestants. Lindsay recently had to deal with fan backlash. After her Extra interview with host Chris Harrison, he stepped down from his job due to his comments defending Matt’s ex Rachael.

Will Bri Springs be on ‘Bachelor in Paradise’ or another show?

Bri and Lindsay’s hang out came after the newer show contestant was on Extra for an interview with the former lead. Lindsay asked Bri during the interview if she would return for Bachelor in Paradise, the summer group dating show on ABC.

She also spoke about a BIP appearance with Nick Viall on his podcast, The Viall Files.

“I don’t think I was meant for this world,” she said about reality television. “It’s a very highly-produced driven world. I can confidently say that I’ve taken a lot of lessons away from this experience, one of those being that I probably won’t put myself back into a situation like this.”

Regardless of whether we’ll see Bri back on our television screens, surely fans are happy to see her get the support from one of the biggest names in the franchise.