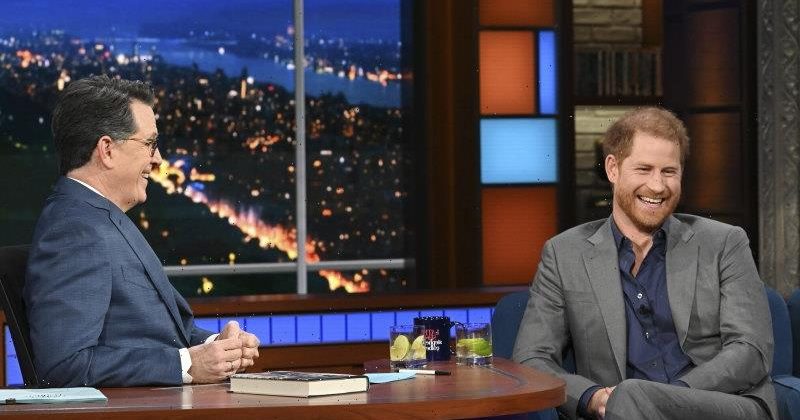 Prince Harry has spoken at lengths about a treasured and important “Willy” in his life this week, and he wasn’t talking about his brother.

The Duke of Sussex has bared it all in his memoir Spare which hit shelves earlier this week, covering everything from his relationship with this family, his time in Afghanistan and… his penis. 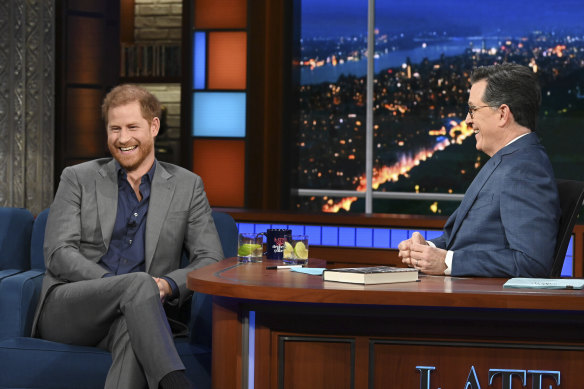 Prince Harry spoke at lengths about his ‘todger’ on The Late Show with Stephen Colbert.Credit:CBS

Or, as Harry himself called it during an interview with late night host Stephen Colbert, “my man piece, my Johnson, my Wilson, my todger, my willy.”

While there have been far juicier aspects of the memoir, many readers have become obsessed with the prince’s crown jewels after an unfortunate excerpt from the audiobook, narrated by Harry himself, was shared online, which had everyone thinking, was there no one to save Harry from himself?

“My penis was oscillating between extremely sensitive and borderline traumatised,” an empathetic Harry read, describing his frost-bitten penis. “The last place I wanted to be was frost-nipistan. I had been trying some home remedies, including one recommended by a friend.

“She’d urged me to apply Elizabeth Arden cream. My mum used that on her lips, you want me to put that on my todger? I found the tube, and the minute I opened it the smell transported me through time. I felt as if my mother was right there in the room. Then I took a smidge, and applied it down there.”

Harry was recounting getting frost-nip on his penis following a walk to the North Pole with a group of veterans in 2011, where he was trekking in minus 35 degree conditions.

And while we’ll all be hard-pressed to scrub that audio clip from our minds, there’s potentially a better explanation behind Harry including it in the book, other than him wanting the public to know his penis hadn’t turned into an icicle. 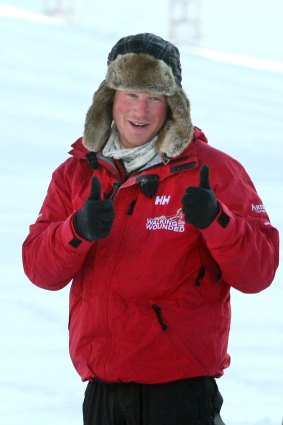 Prince Harry during a walk to the North Pole in 2011.Credit:Reuters

Dr Vijayasarathi Ramanathan, a lecturer in sexual health at the University of Sydney, said that Harry’s decision to speak about his penis shouldn’t be taken out of context. And rather than it being an attention-seeking publicity stunt, he thinks it was a way of liberating himself from the royal family, and dismantling stigmas around the body.

“In my view, he’s a guy who’s very confident about his body, and therefore he has no shame talking about this. Or he might be thinking that if he talks about this topic, then people no longer have to feel shameful or taboo when talking about these things,” Ramanathan said.

“He has always grown up very constrained, ‘what to say, what not to say’. He might be using this memoir as a way of his own liberation.”

Harry’s motive aside, Ramanathan said that the reason people were so intrigued by the topic, which only makes up a small part of his memoir, was because it was unexpected and “sex sells.” However, the anecdote from Harry isn’t sexual in nature, and rather, it is the public’s sexualisation of the situation that has made it a talking point.

“Why are we making the connection that the penis has something to do with sex? This is just an organ… If he said he had frostbite on his nose, nobody’s going to pay attention to that. But the interesting fact is why he got frostbite on his penis.”

“The fact is he was very confident to talk about things that others would shy away from, especially in the position of being a royal, kudos to him.”

And, for all those who are still concerned about his todger, Harry has confirmed that “it’s fine now”, and he has two kids to prove for it.