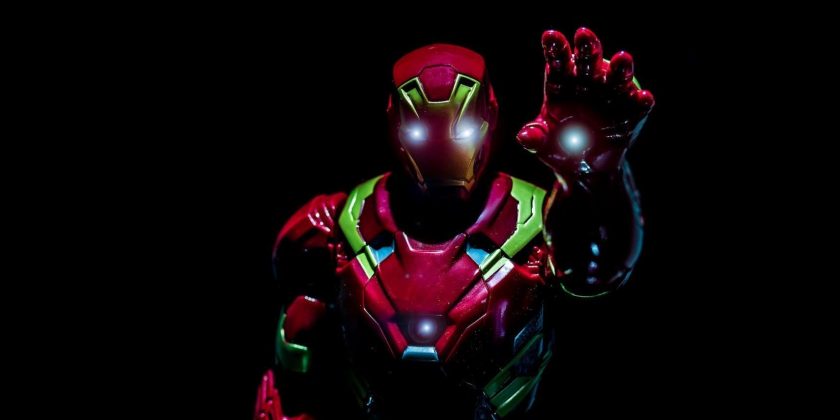 Having money can be a superpower in and of itself. You can afford things that the typical person cannot, such as three-minute jet plane journeys to get additional gold-plated toilets or whatever else wealthy people like to purchase. The majority of superheroes are relatively rich. Others acquired enormous wealth from their parents or family estates.

If one is talking about the imaginary universe of comic books, then being poor won’t do them much good. Except for possibly Spider-Man, who has been busy with high school. Here is the list of the 10 richest superheroes of all time that will leave you in an awe of the wealth of these comic book characters.

When you think about money, Ant-Man and The Wasp are probably not the first things that come to mind. However, Wasp, who originally appeared in Tales to Astonish #44 in the 1960s, is one of the richest superheroes in existence. Janet Van Dyne has always been among the richest Avengers, but her family’s riches helped her get started. She has never lost her riches throughout the years, so it wouldn’t be shocking if she rises up a few positions on the list in the future.

Archangel, one of the most powerful superheroes, has endured a significant experience over the years. First, he obtained his wealth the traditional way: via inheritance. Even his name sounds wealthy: Warren Worthington III. He is the president and largest stockholder of Worthington Industries. He was formerly Angel, but his wings were amputated, and he would have perished if not for Apocalypse’s assistance. Angel was given a makeover by the infamous villain, who grafted cybernetic razor-sharp wings with “feathers” that may be used as weapons with a neurotoxin.

Since her debut as a villain in the 1980s, Emma Frost has either aided or hindered the X-Men, despite not being the most well-known mutant. She later joined the X-Men officially and utilized her family’s wealth to aid the X-Men in their goals. She has also purchased the entire island of Utopia to provide her fellow mutants a place to live away from the prying gaze of human society. In addition to being the CEO of her own company, Frost International, she also holds a prominent position inside the Hellfire Trading Company.

Mr. Fantastic’s wealth is an integral part of his identity. Since his first appearance in Fantastic Four #1 in the early 1960s, Richards was regarded as brilliant and affluent. Where does his income originate from? He holds a multitude of patents in areas such as space flight, biochemistry, and synthetic polymers. His utilization of unstable chemicals, which can essentially accomplish anything, also contributed to his financial success. As if that weren’t enough, Reed Richards also has more than 15 doctorates, which help him obtain government contracts and lucrative corporate engagements.

Iron Man is another superhero who is unafraid to risk financial ruin for the purpose of protecting the world. He is also the CEO of a hugely prosperous firm and hails from a wealthy family. Stark, as one of the founding members of The Avengers, has amassed an incredible collection of his multimillion-dollar battle costumes. He has also lost his fortune several times owing to his lack of financial acumen, and his drunkenness probably doesn’t help. However, he is one of the most intelligent men on the globe and a fantastic engineer, so he always finds a way to get back to the top.

Batman is the progenitor of the richest superheroes. He was born into the obscenely affluent Wayne family and inherited everything after his parents were murdered while walking along Crime Alley (really, that’s what it’s called). He is the CEO of Wayne Enterprises and has a small army of highly customized, cutting-edge vehicles as well as the world’s most complex computer in his Batcave. As a member of Gotham’s high society, Bruce Wayne’s alter persona has access to the city’s most influential figures and the capacity to strike lucrative agreements.

RELATED: The 9 Most Expensive Superhero Suits Ever Made

Dick Grayson, Batman’s erstwhile sidekick, is substantially wealthier than Batman himself. How? Alfred was one of the world’s richest individuals in secret, and he left his fortune to Grayson upon his passing. Nightwing was formerly supported by Wayne’s wealth, but thanks to Alfred, he has now exceeded his mentor. It’s also worth noting that fortune changes are pretty normal in the world of comic books, and Wayne’s fortune has risen and shrunk throughout the years.

It is simple to forget Professor X. As the X-Men’s de facto leader, he provides the squad with not just their state-of-the-art training facilities, aircraft, weaponry, and funds. After his father Brian was murdered in a catastrophic nuclear accident, Xavier genuinely inherited his money. After receiving the home and his family’s wealth, he founded the X-Men. According to the comics, Xavier seeks to increase his wealth by investing in technology such as medications and waste management companies.

T’Challa is the king of Wakanda, one of the richest countries in the fictional Marvel universe. It is essentially a technological utopia/paradise with unimaginable wealth and prosperity. In addition, it is the sole source of the extremely precious element Vibranium. This control over something so priceless makes T’Challa one of the richest superheroes. Fortunately, he uses his wealth for good.

The ocean covers more than 30% of the earth’s surface, while the Pacific Ocean alone has an area of more than 60 million square miles. It is rich in earth’s riches, and Aquaman governs over them all. This particular superhero has access to all of the ocean’s riches, and the tuna alone is worth billions. A simple agreement with the governments of the globe would likely suffice to keep his gold armor in excellent condition for decades.

READ NEXT: The MCU Story: Here’s How Marvel Studios Became A $53 Billion Business