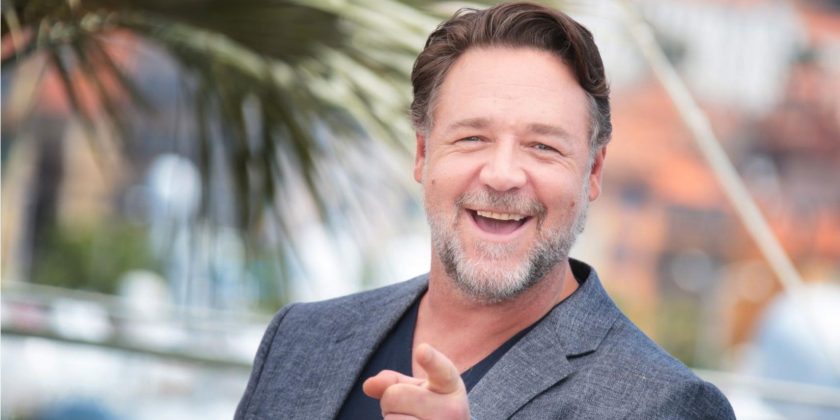 Russell Crowe is one of the planet’s most famous, successful and respected actors. Since his breakout as a worldwide star in the 1990s, the New Zealand-born talent has appeared in some exceptional movies (and some bad ones) – a lot of which have grossed an enormous amount of money at the global box office.

In this piece, we’ll be taking you through Crowe’s ten highest-grossing movies, telling you exactly how much they raked in globally and a little bit about their plots.

To put it simply, L.A. Confidential is one of the finest movies ever made. A neo-noir crime movie directed by Curtis Hanson, it tells the story of a group of LAPD officers in 1953. It focuses on the intersection of police corruption and Hollywood celebrity.

In the movie, Crowe plays Wendell “Bud” White – a plainclothes officer obsessed with punishing men who abuse women. The movie grossed a fairly decent $126.2 million around the world.

An epic period war drama, Master and Commander: The Far Side of the World was directed by Peter Weir. It grossed $211.6 million – and, although that sounds a lot, it wasn’t that great against its $150 million budget.

Set during the Napoleonic Wars, a brash, self-assertive and arrogant British captain – Captain Jack Aubrey of HMS Surprise, played by Crowe – pushes his ship and its crew to their limits around the seas of South America in pursuit of a formidable French war vessel.

Directed by Ridley Scott, American Gangster is a biographical crime movie – albeit a heavily fictionalised one – about the criminal career of Frank Lucas. Lucas was a notorious gangster from La Grange, North Carolina who smuggled heroin into the United States using planes returning from the Vietnam War.

Crowe plays Richie Roberts – a detective and the leader of the task force that arrested Lucas, which resulted in his prosecution. The movie grossed a sizeable $266.5 million.

Inspired by Sylvia Nasar’s 1997 biography of the mathematician John Nash, a Nobel Laureate in Economics, A Beautiful Mind is a biographical drama. It grossed a hefty $316.8 million globally.

The movie’s story starts during Nash’s days as a graduate student at Princeton University and progresses to the stage in his life when he begins to develop paranoid schizophrenia and endures delusional episodes. It emphatically and sensitively conveys the burden his condition brings upon his family and friends.

An action movie based on the oft-told legend of Robin Hood, Robin Hood was directed by Ridley Scott. It’s something of a revisionist take on the legend and sees Robin Longstride and his band of marauders confronting corruption in a local village, with Robin leading an uprising against the crown.

Crowe played the titular character and was heavily criticised for his ever-changing accent in the movie. It grossed a healthy worldwide total of $321.7 million.

RELATED: 10 Things Russell Crowe Is Selling In His Divorce Auction (And 5 We Wish He Would)

Noah is an epic biblical drama, inspired by the biblical story of Noah’s Ark from the Book of Genesis and the Book of Enoch. Directed by Darren Aronofsky, it grossed an impressive $359.2 million around the world.

It stars Crowe as the titular biblical character, who gets chosen by God to take on a truly momentous mission to build an ark that will save, himself, his family and Earth’s animal life before the apocalyptic “great flood” cleanses the entire planet.

Directed by Alex Kurtzman, The Mummy is a reboot of The Mummy franchise that was meant to form part of Universal’s initially exciting but ultimately scrapped Dark Universe series of movies. It was utterly terrible, but it still managed to gross a considerable global total of $410 million.

It’s about a soldier of fortune who accidentally unearths the ancient tomb of entrapped Egyptian princess Ahmanet, while Crowe forms part of the supporting cast as another iconic movie monster: Dr. Henry Jekyll AKA Mr. Edward Hyde.

Les Misérables is an epic period musical based on the 1985 West End English translation of the 1980 French musical of the same name, which itself is adapted from the 1862 French novel of the same name by Victor Hugo.

Set in early 19th century France, it tells the story of Jean Valjean who, while being hunted for decades by the ruthless policeman Javert – played by Crowe – after breaking parole, agrees to care for the daughter of a factory worker. Its worldwide gross was a whopping $441.8 million.

An epic historical drama, Gladiator is about a Hispano-Roman legatus named Maximus Decimus Meridius, played by Crowe. It sees Commodus, the ambitious son of Emperor Marcus Aurelius, murdering his father, seizing the throne, killing Maximus’ family and forcing Maximus into slavery and gladiatorial combat – all of which Maximus must avenge.

Crowe’s role in this Best Picture Oscar-winning movie was undoubtedly his most famous and iconic – and it also won him the Best Actor Oscar. It grossed an enormous $460.5 million at the global box office.

A superhero movie based on the DC Comics character Superman and the first title in the DC Extended Universe franchise, Man of Steel was directed by Zack Snyder. It grossed a hugely impressive $668 million at the global box office.

The movie sees Clark Kent discovering that he’s a superpowered alien from the planet Krypton. Subsequently, he assumes the role of mankind’s protector as Superman – and his first task is to defend Earth from the vicious General Zod. Crowe plays Jor-El – a Kryptonian scientist who is Clark Kent AKA Kal-El’s biological father.

READ NEXT: 8 Ways Rebel Wilson Earns And Spends Her Fortune