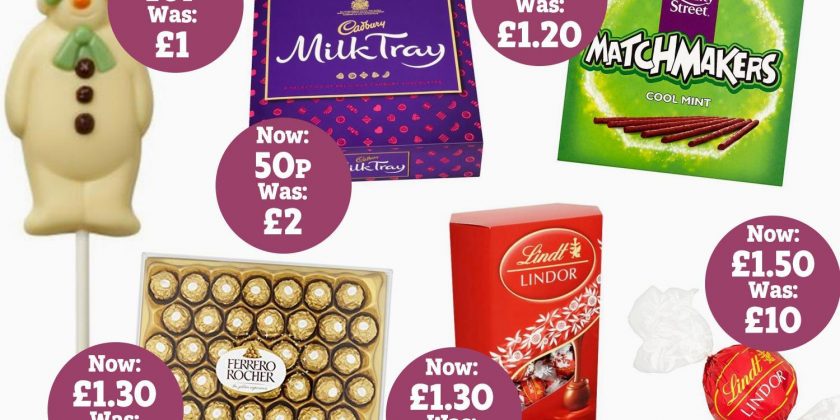 From a box of Milk Tray for 50p to a huge box of Ferrero Rocher for £1.40, we've rounded up some of the best deals around right now. 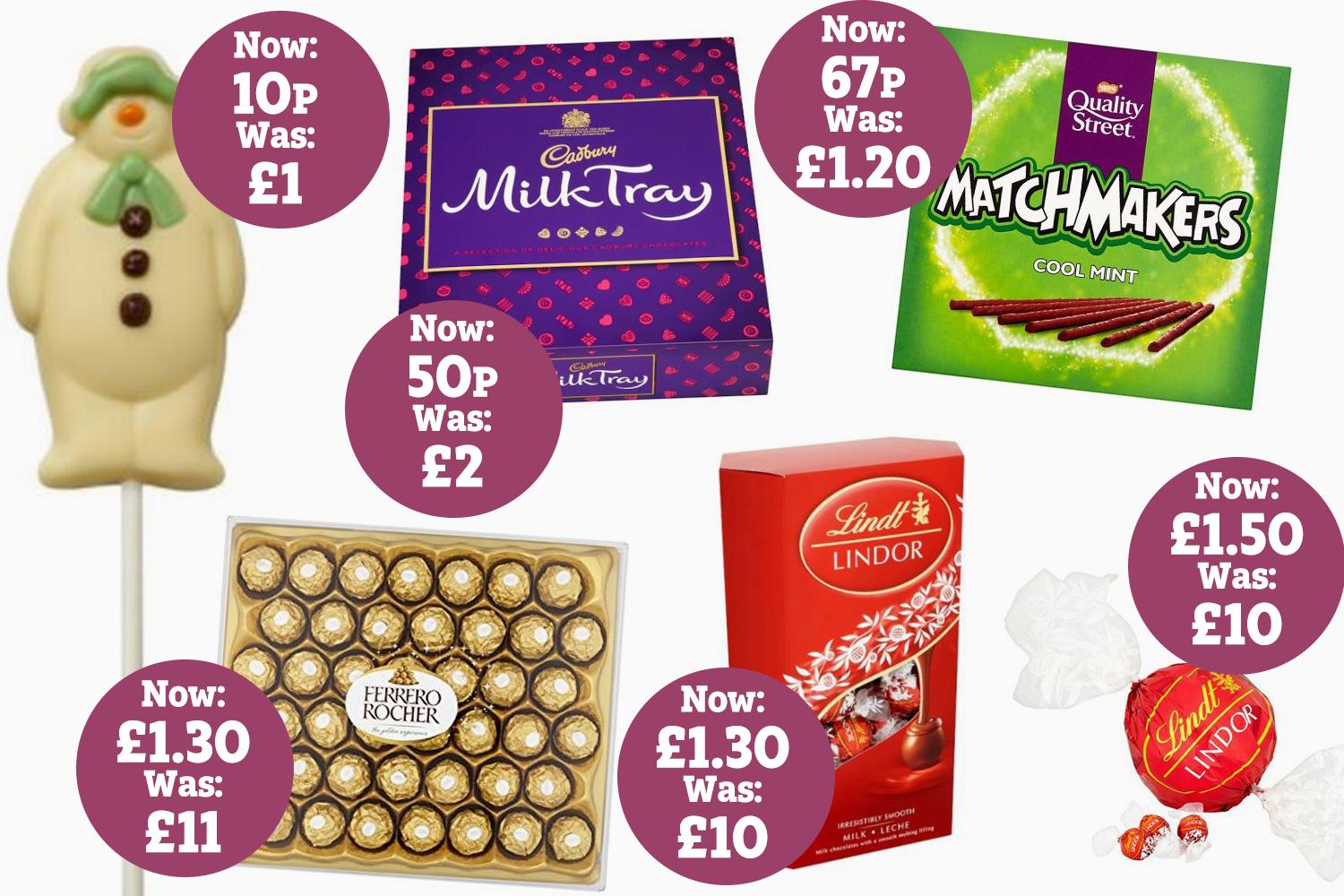 After overindulging at Christmas, millions of people are hitting the gym and buying vegetables instead of sweet treats now it's January.

But for chocaholics, this is the perfect time of year to stock up on your favourite treats as supermarkets try to clear the shelves of seasonal goodies.

Wilko, Tesco, Sainsbury's and Co-op are among stores reducing prices by up to 90 per cent to try and shift the last of the Christmas choc.

Bargain hunters who posted about the sales on HotUKDeals.com are already snapping up the items – so you'll need to act quickly if you want some cut-price sweets.

What are the biggest reductions on Christmas chocolate?

Thorntons Snowman Chocolate Lolly – Now: 10p. Was: £1. In stores only.

All of these deals are in stores only, not online.

Sainsbury's has the most offers available of any of the major supermarkets that we've found.

It's also reduced the price of two Ferrero Rocher boxes to £1.40 or £1.30 depending on whether they contain 48 or 42 chocolates.

Tesco also has a deal on a 600g box of 48 Lindt Lindor truffles.

One shopper said she picked up cartons for £1.88 – but the deal may be specific to the unknown branch where she bought them from as they were yellow-sticker items.

Wilko also has some reductions on Christmas chocolate.

How to find the cheapest deals

A Thorntons chocolate lolly of The Snowman has been slashed to 10p from £1.

If you can't make it into a branch of Wilko, Thorntons has also reduced the lolly to 50p and the deal is available online.

The cheap chocolate deals are going down a storm with bargain hunters on the HotUKDeals messageboards.

One said: "Seriously cheap and seriously hot! The deal not the chocolates!"

Another added: "Feeling Lindt sick at moment, never eaten so much amazing chocolate.

"Will be completely sick of it soon but still going. Going to get more in Tesco tomorrow, the new year diet already screwed."

It's always a good idea to try and shop around to make sure you really are getting the best deal.

And as with anything, it's only a deal if you would normally buy the item on sale anyway.

Meanwhile, Tesco has dropped the price of big tubs of Quality Street and Celebrations to £2.50.

Bargain hunters are already busy preparing for next Christmas by snapping up festive clearance items such as cheap turkeys for £1 and 75p Christmas trees.

One business-savvy mum may have prevented many family fall outs this Christmas after flogging reorganised tubs of Quality Street filled only with one type of chocolate.