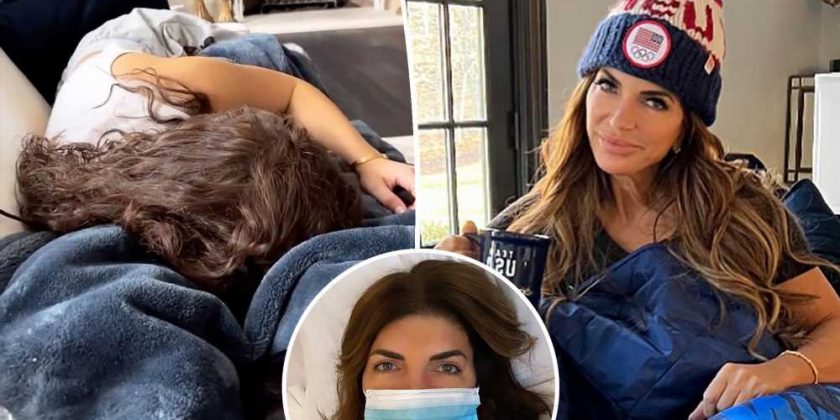 Teresa Giudice is home from the hospital after undergoing an emergency medical procedure.

The “Real Housewives of New Jersey” star shared a video to her Instagram Stories on Friday that was taken from inside her home.

In the video, Teresa, 49, was snuggled beneath a blue blanket on her couch. Daughters Gia, 21 and Milania, 16, were nearby, relaxing on the large white sectional in the same room.

As Page Six previously reported, Gia shared the news of her mother’s hospitalization via Instagram on Thursday.

“Such a trooper. I love you,” she captioned a photo of Teresa wearing a face mask while in a hospital bed. 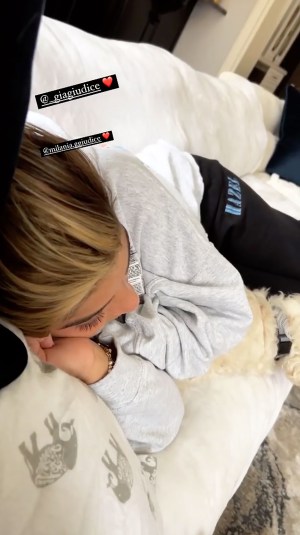 “Pray for a speedy recovery,” Gia asked her followers with a prayer-hands emoji before reiterating, “I love you @teresagiudice.”

The “RHONJ” star’s rep later confirmed to Page Six that Teresa was admitted to the hospital Wednesday night and underwent an “emergency medical procedure,” emphasizing that it was “non-cosmetic.”

“She is in recovery, currently resting, and she thanks everyone for their prayers and well-wishes,” her rep shared. 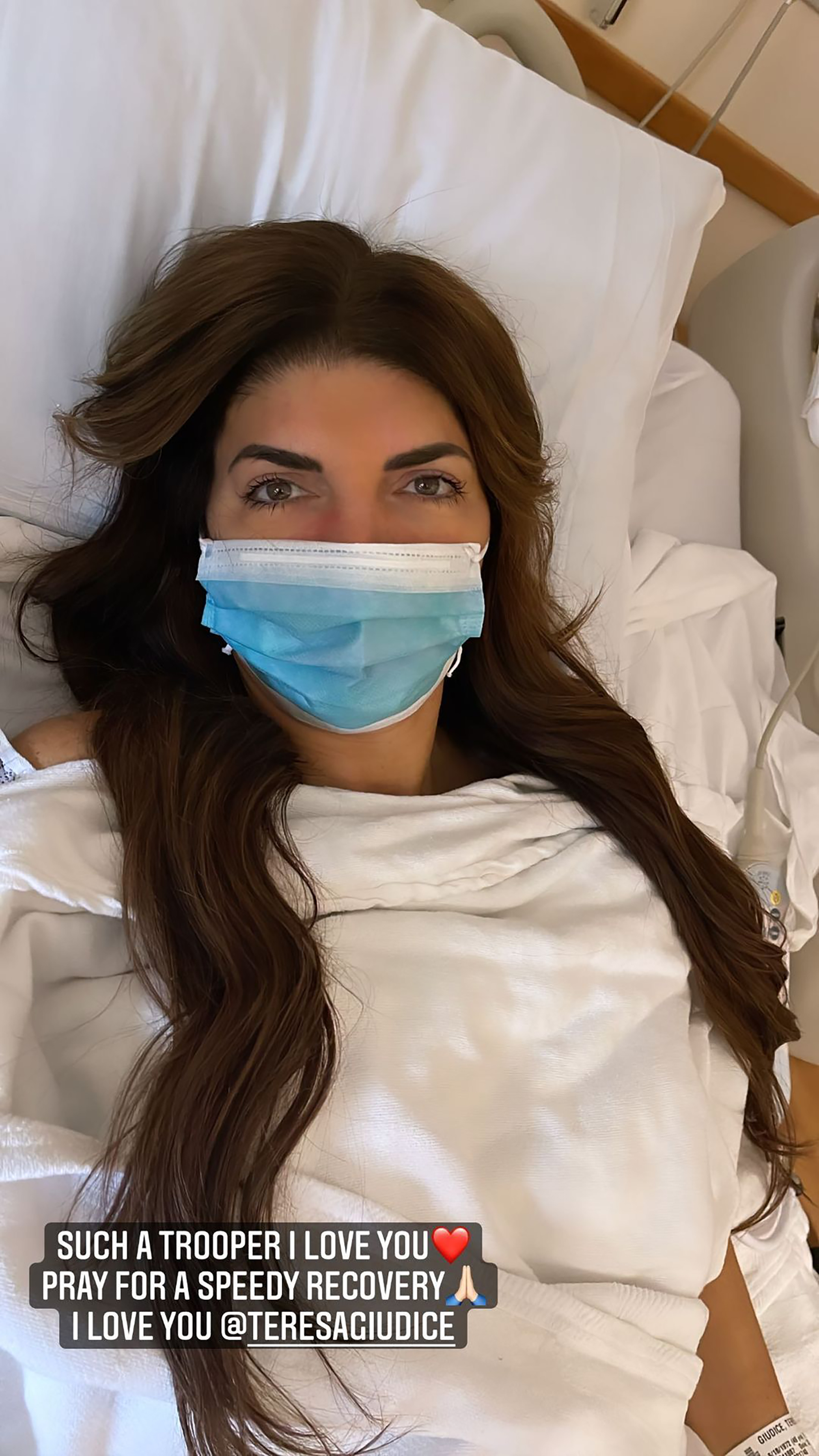 Teresa has yet to speak on the matter, with her last Instagram post celebrating her time on season 1 of Peacock’s “Real Housewives Ultimate Girls Trip.”

“I can’t believe The Ultimate Girls Trip is coming to an end tonight!” she captioned it. “I had such a blast on this trip Hope you guys all enjoyed it!”

While Teresa is remaining mum on her latest surgery, she previously shared on Instagram that she had a minor procedure done to help reduce the appearance of varicose veins in February, even while insisting, “My legs look and feel great.”