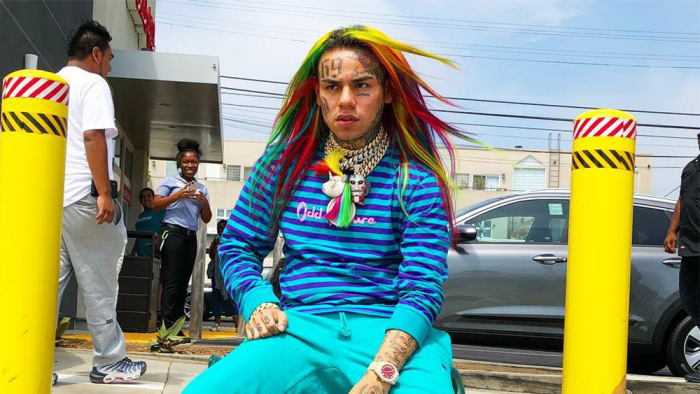 Rapper Tekashi 6ix9ine made a secret plea deal — which saw him admitting that he’d hired someone to shoot rival rapper Chief Keef, and to selling a kilo of heroin in 2017 — and is now cooperating with federal law-enforcement officers, according to newly unsealed court documents. The news was first reported by TMZ and the Daily News.

The rapper (real name: Daniel Hernandez) made the deal on Jan. 23, but the agreement was sealed to give prosecutors time to charge and arrest members of the Nine Trey Gangsta Bloods gang, according to a transcript of the proceeding. Hernandez said he had joined the gang in 2017.

“On or about June 2, 2018, in furtherance of Nine Trey, of the Nine Trey enterprise, I paid a person to shoot at a rival member of Nine Trey to scare him. The shooting took place in Manhattan,” he told a judge.

“I did this to maintain or increase my own standing in Nine Trey,” he continued. “In furtherance of this shooting, I knew that a member of Nine Trey discharged a gun.”

He also said that, “On or about March 20, 2018, I helped members of Nine Trey attempt to kill a rival gang member,” adding that he participated in a robbery at gunpoint in April and sold a kilo of heroin in 2017.

In total, Hernandez pleaded guilty to nine federal felonies including racketeering conspiracy, firearms charges, narcotics trafficking, and violent crimes in aid of racketeering. On Thursday, three more men were charged in the case, including for the Chief Keef shooting.

Hernandez’s sentencing is scheduled for January 24, 2020.