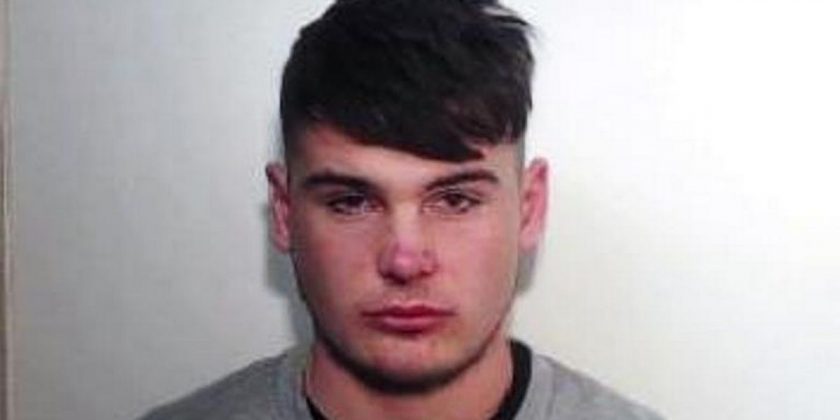 A drunk teenage thug was jailed after he punched an innocent woman in the face in the mosh pit at a rock concert.

Charlie George Shuttleworth, 19, has been sentenced to 14 months in prison following the vicious attack during a Royal Blood gig at Manchester Arena last November.

Police said Shuttleworth ‘turned around and punched the person directly behind him’ after claiming his shirt had been ripped as he danced.

The innocent victim, a woman who hasn’t been named, was punched ‘several times in the face’ by Shuttleworth, according to British Transport Police (BTP).

She suffered a deep cut above her right eye and was treated at a hospital’s accident and emergency unit, a police spokesman said.

Shuttleworth, of Lancashire, was sentenced to 14 months after he pleaded guilty at Manchester Crown Court to assault occasioning actual bodily harm.

Police said the attack left the woman ‘covered in blood’.

Detective Constable Richard King said after the case: "This was an horrific and completely unprovoked attack on an innocent young woman who was simply enjoying a music concert only for Shuttleworth to violently attack her.

"She was left covered in blood and had to be taken to hospital for treatment."

The court heard the woman was at the Royal Blood gig with friends on November 16, 2017, when Shuttleworth attacked her.

He was arrested hours later after she spotted him at the same A&E unit, where he was being assessed over a hand injury.

A BTP spokesman said: "The pair had never met, and had no previous interaction on the night.

"The victim suffered a deep laceration above her right eye and had to attend A&E for treatment where she spotted her attacker who was there to have his hand examined.

"He was arrested by police at his hotel and immediately admitted the assault.

"He claimed he was very drunk and had had his shirt ripped in the mosh pit, so turned around and punched the person directly behind him."

Det Con King urged the public to ‘know their limits’ while out drinking.

He said: "Shuttleworth claims his actions were down to the amount of alcohol he had consumed that night – this is a stark reminder that we should all know our limits when drinking.

"Those extra drinks have cost him seven months behind bars and a criminal record."

BTP said Shuttleworth would serve half of his sentence on licence.