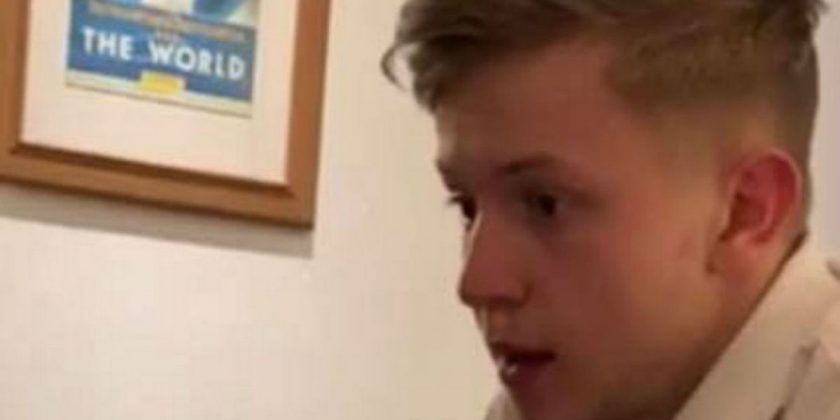 A teenager is nursing a massive financial hangover after running up a £3,500 bill "living it large like Pablo Escobar" in a club during a stag do.

Will Turton blew most of the cash on £120-a-time dances with girls at the X In The City lap dancing club in Liverpool.

The fun stopped when Will's card was declined but it was not until the following morning that he realised the full extent of the disaster.

Ryan Curtis, a pal from Will's home town of Doncaster, South Yorkshire, was on hand to capture hilarious pictures of the electrician's "soul leave his body" as he realised what had happened.

They were posted online by Nathan Gregory, who wrote: "Public announcement, anyone feeling down? A bit rough from last night? Here's something to cheer you up.

"A young Will Turton took part in a big boy stag do in Liverpool with Ryan Curtis and ended up in a strip club by himself at 4pm.

"Hours pass and he leaves the club roughly 1am feeling a bit worse for wear reckons he's been "spiked" turns out he's been living it large like a young Pablo Escobar getting dances off 2,3,4 birds at a time.

"The best part, each girl for every 30 minutes is £120 racking up a grand total of £3,500 what a life lesson, see below images of a young man's soul leaving his body as he checks his online banking."

The images show Will back in a hotel room the following day looking fairly distressed.

There were also thousands of comments from Facebook users who saw the funny side of Will's misfortune.

Nathan Parsons said: "A hope to god he got extras."

Dariusz Ciomek commented: "£3500 it's just a weekend. He did it once, will happen again. Been there done that and repeated it."

One Facebook user has decided to set up a crowdfunder to try and raise Will some of the cash he lost.

In a fundraising post entitled: "The Will Turton idiot fund," the organiser Dwain Byrne said: "let's all muck together and try to soften the blow to this young legend."

Speaking today, Will said he was fuming when he checked his account and has already been in touch with his bank.

He said: "I contacted the bank and they said there was nothing they could do so that's why we're going on TV.

"I'm not happy about it, I'll just have to put more weekends in and not go out with my pals."