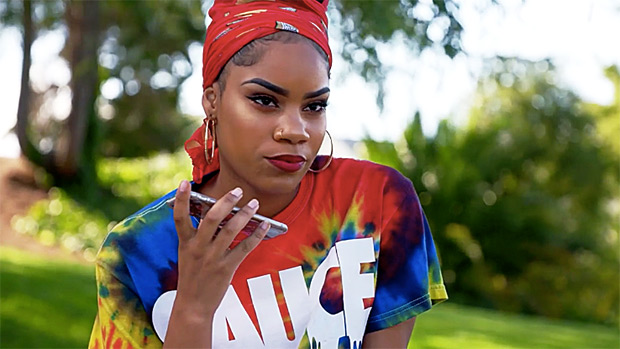 Well, it looks like Ashley and Bar’s fight over his mom just killed their relationship, as she revealed they’re taking a break from each other during the Nov. 19 episode of ‘Teen Mom: Young & Pregnant’.

“Bar‘s mom went on social media and was saying a lot of things about me and him. And me and him got into an argument about how to deal with her, and we decided that we needed a break from each other. Bar moved out — sometimes we can really be toxic to each other. It’s not healthy to do it in front of a child. It’s not healthy to do it period,” Ashley said at the start of the Nov. 19 episode of Teen Mom: Young & Pregnant. So it looks like Ashley and Bar may be on the road to a full-time breakup. She doesn’t seem to think so — she made it seem as though they’re just taking some time apart, but if Ashley’s mom has anything to do with it, they’ll never get back together. While she and Ashley went to get their nails painted, they fought over whether or not Bar is a good father. Ashley believe he is, but her mom doesn’t, and she brought up many examples to support her claim — for instance, he has yet to buy their baby diapers, give Ashley money to help support the baby, nor has he put food in their fridge. Ashley hadn’t yet told her mom that she and Bar are “on a break”, but it’s very clear that she strongly dislikes the guy, so we can only imagine she’ll throw a party once she finds out.

Meanwhile, Brianna celebrated Braeson‘s first birthday, but instead of letting herself focus on that, she continued to berate Robert for not stepping up to the plate enough. He overslept and was late to work two days in a row, and hadn’t  yet gone about getting his GED yet, so she told him they might need some space from each other. When he asked her — point blank — if they were breaking up, she said no. But we can’t see them coming back from this.

And Lexi‘s parents confronted her about their problems with Kyler — specifically, his attitude. But when they asked Lexi about it, she said, “It takes two to tango,” as she seemingly took a shot at her mom. Lexi said she was tired of being caught in the middle and hoped that they would one day work things out. In the meantime, she was leaving her baby with Kyler on a daily basis, as she started her first full-time job. Apparently, he was the only one able to watch the kid.

Finally, Kayla met up with Stephan, which angered her mom, and Jade continued her reconciliation with Sean, even though her mom didn’t think it was a good idea for them to get back together again.