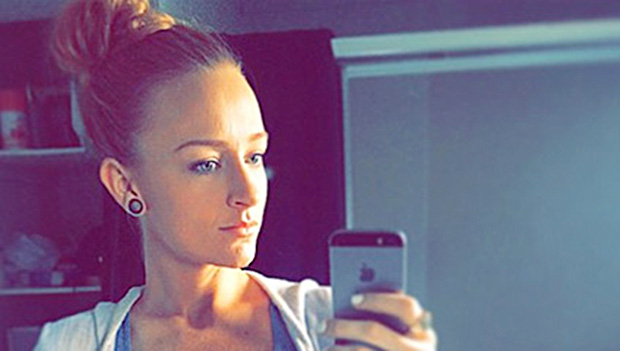 ‘Teen Mom OG’ star Maci Bookout caused major speculation that she is pregnant again when fans claimed she was hiding a baby bump in a recent Halloween picture. Do her friends know if she’s expecting or not?

Teen Mom OG star Maci Bookout, 27, has fans going crazy trying to figure out if she’s pregnant again and it turns out, her friends are feeling the same way. The mom-of-three found herself surrounded with rumors that she could be expecting her fourth child after she posted a family Halloween pic with hubby Taylor McKinney, 29, and her kids that made her look like she could have photoshopped out a baby bump. “If Maci is pregnant then she’s keeping it a really tightly guarded secret from everybody,” a Teen Mom insider EXCLUSIVELY revealed to HollywoodLife. “There’s not even been a whisper of pregnancy talk from either Maci or Taylor, so I would be seriously shocked if she was. All the speculation seems to have started back in August when she wore a baggy top, and then re-ignited again now after she posted the Halloween photo—and it’s just that, speculation.”

Although the pregnancy speculation is strong, Maci’s potential photoshop activity may just be because she’s a bit self conscious about her body. “Maci is like a lot of moms, she sometimes feels self conscious about her tummy area, she’s had three kids and it’s not as taut as she might like it to be, so some days she wears baggy clothes, or she may tweak a photo if she doesn’t like how she looks in it,” the insider continued. “But yeah, that’s about it, as far as Maci’s friends know, there’s no new baby on the way!”

If by chance there is a new baby on the way, Maci would definitely have her hands full. She’s already the mom of 10-year-old Bentley, three-year-old Jayde, and two-year-old Maverick. The reality star seems to love being a mother though and often shares sweet pics of memorable moments in her kids’ lives to social media. We guess only time will tell whether or not Maci is ready to expand her family but we continue to wish her happiness either way!