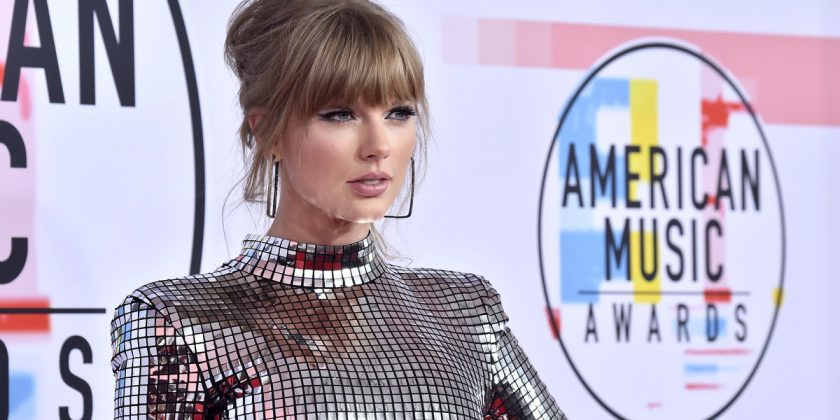 Staying safe from stalkers is, unfortunately, a reality that many celebrities have to deal with, but it sounds like Taylor Swift has found a pretty creative way of protecting herself. According to Rolling Stone, Swift reportedly used facial recognition technology to find stalkers in the crowd of a concert back in May, and concertgoers were none the wiser.

The site reports that at her May 18 Rose Bowl concert, a kiosk was set up playing videos of her rehearsals for the Reputation tour. When fans would stop and watch, a camera inside the kiosk would take their photos. The photos were then sent to a command center in Nashville so that they could be matched against a database of Swift’s stalkers, per Rolling Stone.

Mike Downing, the chief security officer at an advisory board for concert venues, told the site that "everybody who went by would stop and stare at it, and the software would start working,”

And as far as this technology being used at concert goes, this might just be the beginning. Rolling Stone also mentioned that Ticketmaster invested in Blink Technology this year, hoping to use their sensors that can identify people walking at full speed in just half a second to help fans get through turnstiles more quickly at events, which makes sense — crowds can build up in these areas as each individual ticket is scanned.

So far, there’s no word on whether this technology helped Swift’s team catch stalkers (or if there were any in attendance at the concert to begin with), but she’s definitely had enough scary experiences with them in the past that it makes sense that she might want to use new technology to protect herself. Originally reported by TMZ, back in April, a Swift fan allegedly robbed a bank, planning to use the money to "win her over" after he was spotted in Rhode Island, where one of Swift’s homes is, and reportedly told police that he tried to contact her but she wasn’t home.

This wasn’t even close to the first incident like this one — or even the first this year. In September, TMZ reported that Swift got a restraining order against Eric Swarbrick, a man who spent two years sending her letters claiming that he is her "soulmate" while also allegedly threatening to rape and kill her, saying that there was nothing anyone could do to stop him.

And earlier this month, a 22-year-old man named Roger Alvarado took a plea deal that sentenced him to six months in jail after breaking into Swift’s New York apartment earlier this year. According to Page Six, he reportedly used a ladder to break in before using Swift’s shower and sleeping in her bed while she wasn’t home.

It’s unclear if the facial recognition technology will be used at more of Swift’s concerts in the future — or if other artists will start using it too. If nothing else, it’s just proof of how far this kind of tech has come in 2018. What’s next?