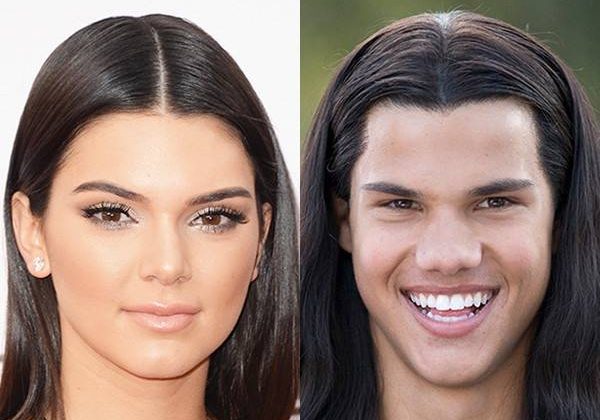 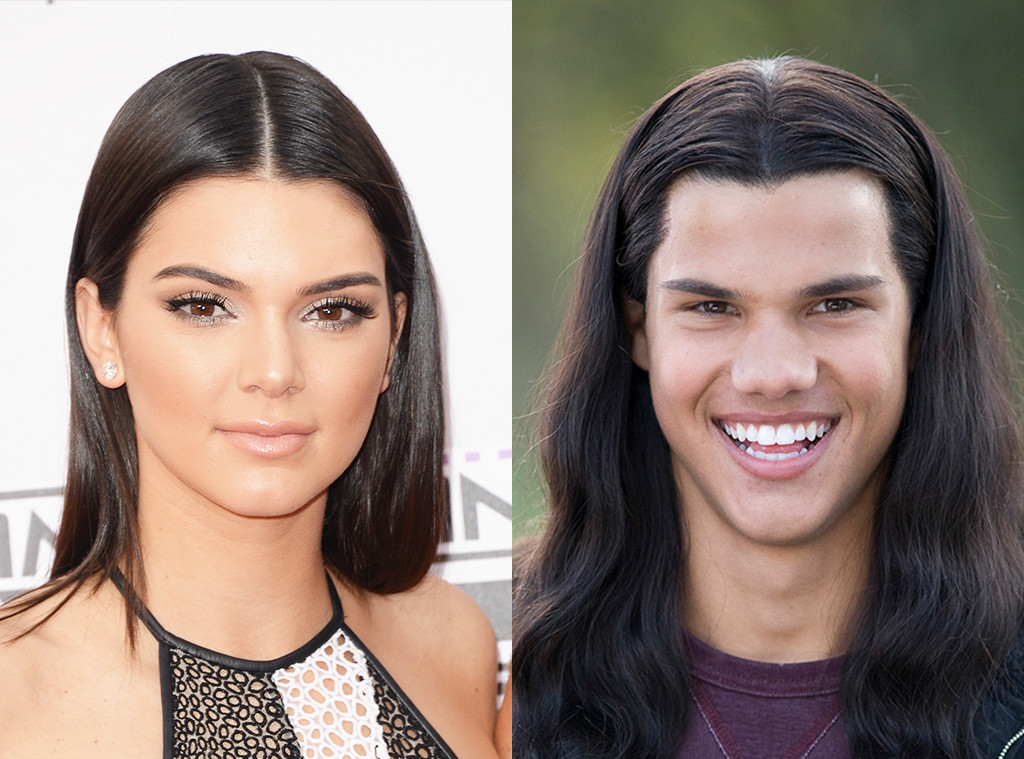 Lest we forget the bitter rivalry that was #TeamJacob vs. #TeamEdward in the Twlight saga?

On one hand, there was Robert Pattinson as Edward Cullen, the Adonis-like vampire who happened to sparkle in the sun like a fancy engagement ring. Plus, he had those blood-thirsty yet love-hungry eyes that attracted Kristen Stewart‘s Bella Swan in the first place. Sigh, teenage love.

Nonetheless, Twilight turned 10-years-old on Wednesday and some of the stars are giving the movie that catapulted them to immense stardom a nostalgic shout-out. 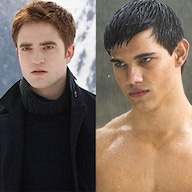 Calling All Twilight Fans: 10 Years Later Are You Team Edward or Team Jacob?

Lautner took to Instagram on the anniversary and posted a tribute to the film and his fans. He also shared some information as to who inspired him and his werewolf glam-up. “It’s been 10 years exactly since twilight was released in theaters,” he wrote. “I thought I should take this moment to thank every single fan who has supported the franchise over the last decade.”

Here’s where it gets interesting. He continued, “but also to thank Kendall Jenner for being my hair inspo back in 07′. Thank you fans. And thank you Kendall. #headandshoulders”

The picture itself is a side-by-side meme of a 2014 Kendall Jenner and Jacob Black circa his look with very long hair. The text above the model’s photo is “Expectation of hair behind the ear” and over the Jacob picture says “Reality.”

They clearly both know how to rock the middle part.

It’s been 10 years exactly since twilight was released in theaters. I thought I should take this moment to thank every single fan who has supported the franchise over the last decade but also to thank Kendall Jenner for being my hair inspo back in 07’. Thank you fans. And thank you Kendall. #headandshoulders

It’s been 10 years exactly since twilight was released in theaters. I thought I should take this moment to thank every single fan who has supported the franchise over the last decade but also to thank Kendall Jenner for being my hair inspo back in 07’. Thank you fans. And thank you Kendall. #headandshoulders

At least he has a sense of humor!

Appropriately, the Scream Queens actor made the photo’s geotag Forks, Washington. Do you think it’s raining there today?

If you’re curious about where the rest of the Twilight cast is today, take a look at the gallery below for all of your curious vampire needs. 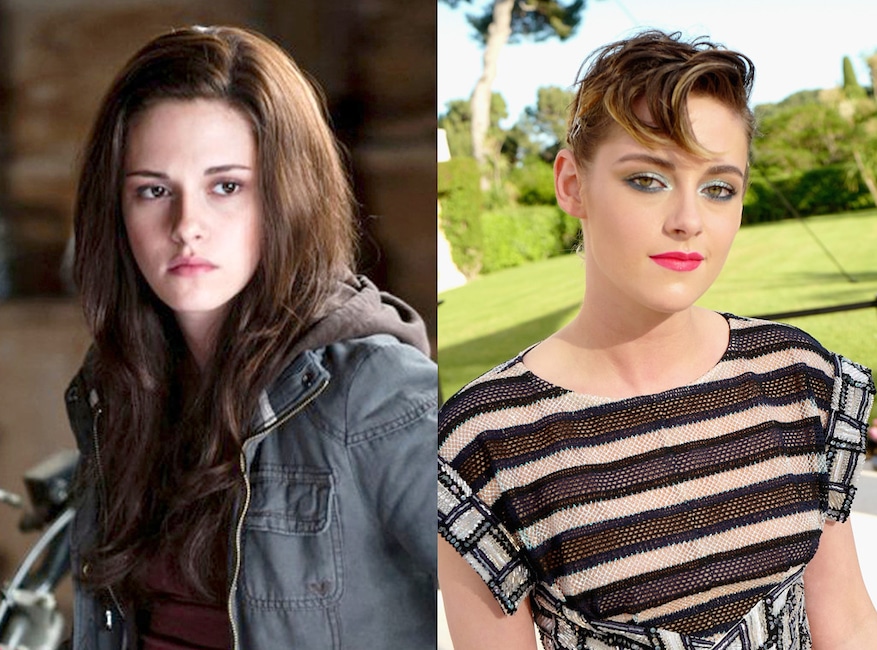 Following the success of Twilight, Kristen—who was only 18 when the first film hit theaters—could really take her pick of films to work on. Playing Bella Swan made Kristen an overnight celebrity, and despite a few exceptions, she’s spent the last decade focused on smaller, indie projects. Just after the Twilight franchise came to a close, Stewart was cast as Snow White in Snow White and the Huntsman, but bowed out of the sequel following a tabloid scandal involving an alleged affair between K. Stew and the film’s married director, Rupert Sanders.

She’s since become an independent film staple thanks to performances in Clouds of Sils Maria (for which she won a Cesar Award), Still Alice and Personal Shopper. Fans can expect to witness Kristen’s return to franchise films as the star of Elizabeth Banks‘ upcoming Charlie’s Angels reboot. The A-lister has even delved into directing and has starred as the face of numerous trés chic Chanel campaigns.

As for Stewart’s personal life, how times have changed since she and co-star Robert Pattinson made headlines with their tumultuous relationship. In 2017, the actress went viral when she addressed Donald Trump‘s tweets about her and R. Patz’s relationship, telling the president during an SNL hosting stint, she’s “so gay, dude.” Kristen has described her sexuality as ambiguous, and is currently dating model Stella Maxwell. 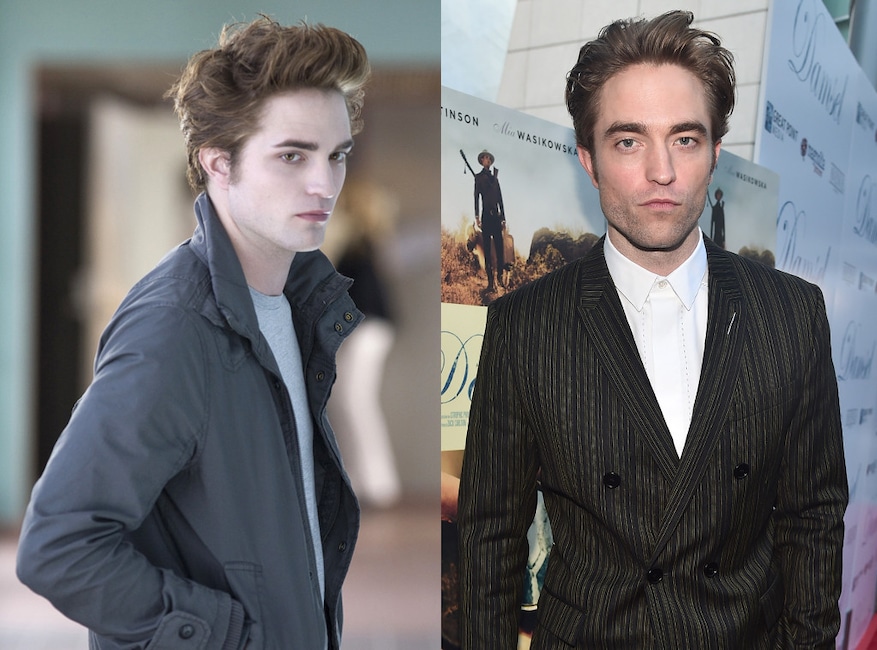 Like his co-star and ex, Pattinson also parlayed his talents into becoming an indie movie darling. Aside from 2011’s Water for Elephants opposite Reese Witherspoon, he’s stuck primarily to independent films such as Damsel, Maps To The Stars, Good Time, Lost City of Z and recent space thriller High Life.

Following his notoriously public split from Stewart, the British hunk has kept details of rumored romances with stars like Katy Perry, Riley Keough and Emma Watson under tight lock and key. In 2017, he and London-based musician FKA twigs called off their two-year engagement. These days, the actor is totally smitten with Suki Waterhouse. 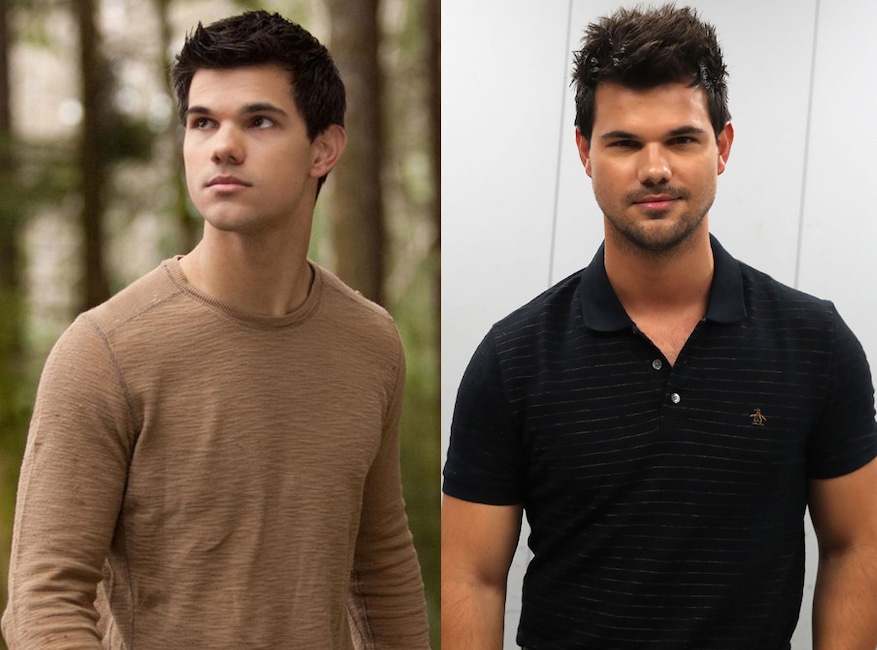 After captivating the hearts of Twi-hards as Jacob Black, the young star retreated from the spotlight by landing smaller parts in Grown Ups 2 and Netflix’s The Ridiculous 6. In 2016, Lautner was cast in the second season of Ryan Murphy‘s horror-comedy Scream Queens, where he met and fell in love with actress Billie Lourd.

The actor stood by his girlfriend’s side as she experienced the unexpected loss of her mother Carrie Fisher and grandmother Debbie Reynolds, who died within days of each other. Taylor and Billie’s relationship ultimately came to an end eight months later, and he’s recently gone public with a new lady in his life. 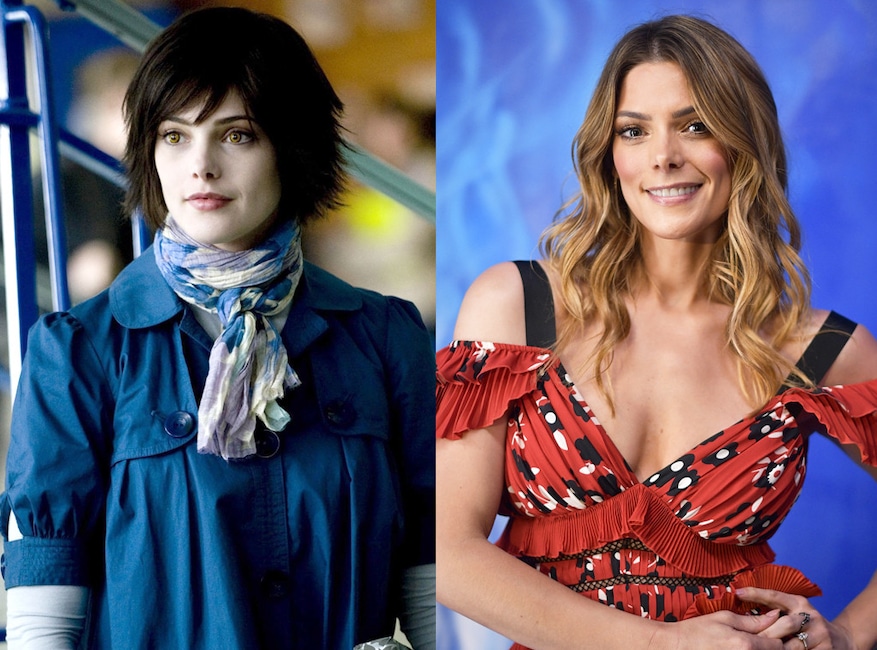 The actress who played the ever-positive Alice Cullen has appeared in a handful of small films since Twilight officially wrapped. In 2011, Ashley reunited with Twilight co-star Kellan Lutz for A Warrior’s Heart and is set to portray Fox & Friends host Abby Huntsman in the upcoming film based on the downfall of Fox News’ Roger Ailes.

In 2018, Greene married her longtime boyfriend Paul Khory during a private, star-studded ceremony in Northern California. 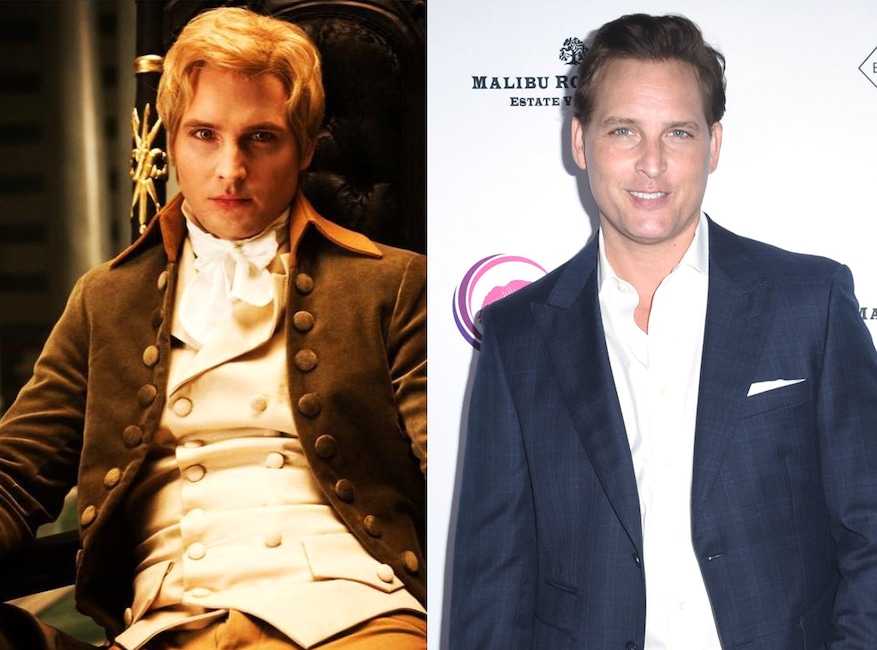 The actor, who played the Cullen family patriarch, has largely stuck to the small screen since his Twilight days. Facinelli was already working on Showtime’s Nurse Jackie while filming Twilight, which he stayed on through its last season in 2015. He then moved over to American Odyssey before a 14-episode stint on The CW’s Supergirl.

Up until 2013, Facinelli was married to actress Jennie Garth, who he shares three daughters with. Following a failed engagement to Jaimie Alexander, Peter’s since found love with actress Lily Anne Harrison. 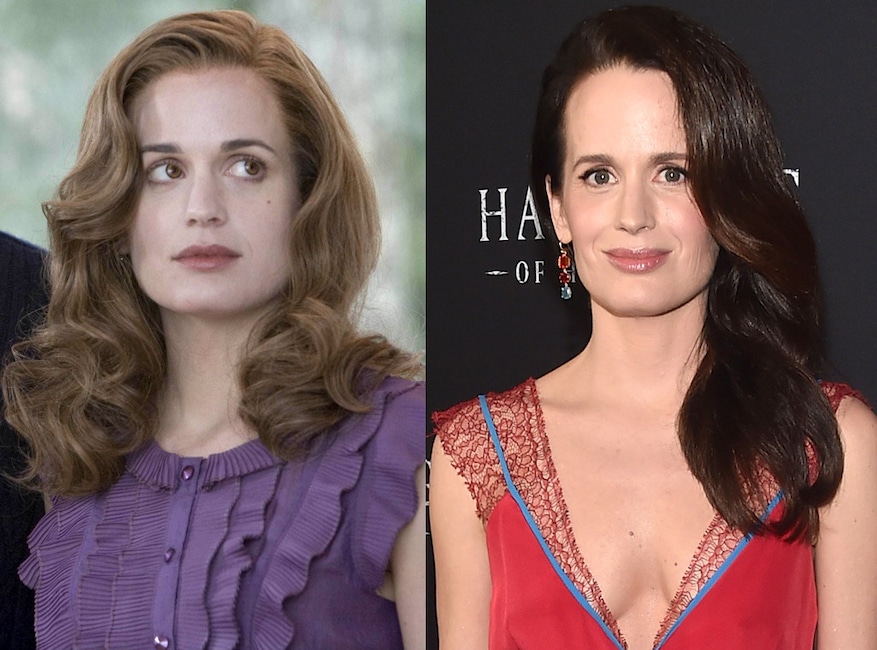 Although she played a small role in the Twilight saga as Esme Cullen, this actress has found newfound fame thanks to a little ‘ol Netflix horror series called The Haunting of Hill House. (We’re guessing you’ve binged it at this point.) Before Hill House, she appeared on Netflix’s Easy—a show depicting the ups and downs of everyday people whose lives are interconnected.

Outside of film and television, Reaser is also an accomplished stage actress and  appeared in several off-Broadway shows. As for her personal life, she’s kept it largely private. 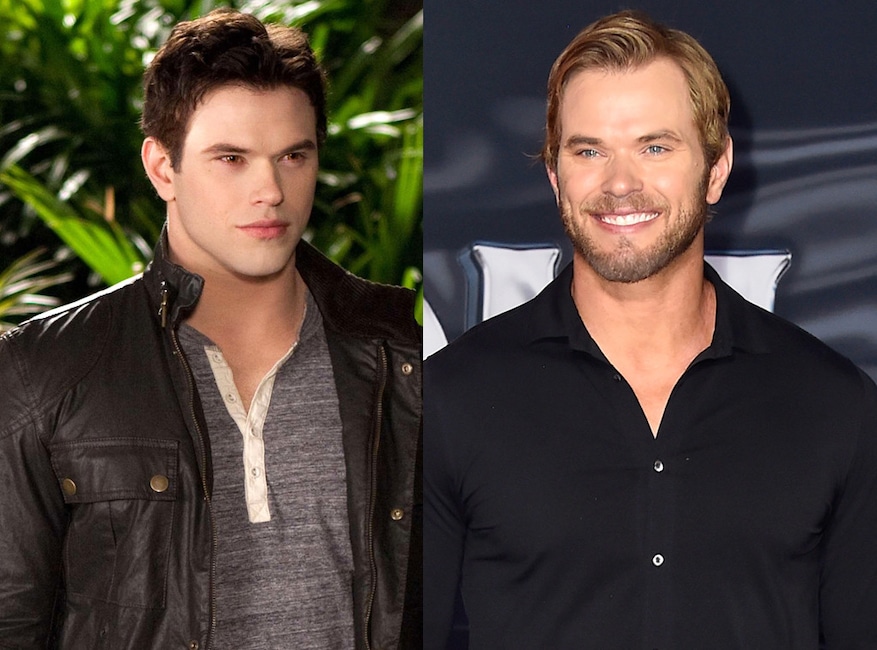 Aside from the Twilight series, Lutz had a recurring role on Lisa Kudrow‘s HBO comedy The Comeback from 2005 to 2014. He also snagged a starring role in The Legend of Hercules in 2014 and appeared in The Expendables 3 the same year. Coming up for Kellan, he’s set to star opposite John Travolta in the drama Speed Kills. Outside of acting, Lutz’s rugged charm and modeling skills have been sought after by brands like Calvin Klein.

In 2017, Lutz tied the knot with model and TV host Brittany Gonzales. 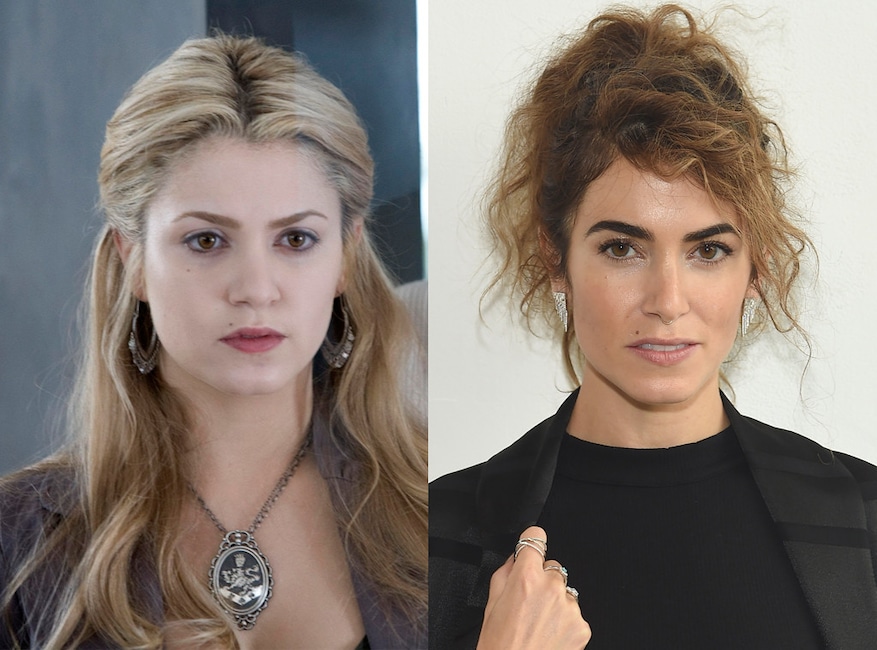 Twilight’s very own Rosalie Hale continued to act after the series came to an end, mostly in small films. She had a recurring role on FOX’s Sleepy Hollow, but now runs a sustainable fashion line called BaYou With Love.

Following her 2014 divorce from American Idol contestant Peter McDonald, she (ironically enough) married a fellow famous vampire by the name of Ian Somerhalder. Nikki and The Vampire Diaries star got married in 2015 and two years later welcomed their first child together, a daughter named Bodhi Soleil Reed Somerhalder. 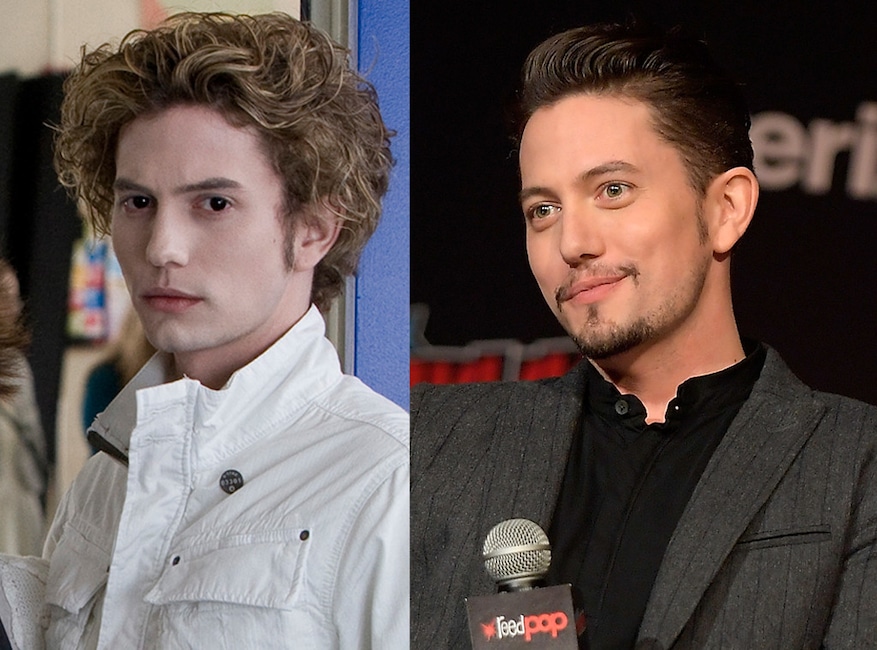 The Jasper Hale actor, in addition to being in the band 100 Monkeys from 2008 to 2012, has appeared in web series, TV shows, and a handful of films since Twilight ended. Most recently, Rathbone dropped a new album titled American Spirit Blues.

In 2013, he married Sheila Hafsadi. They have two children together.