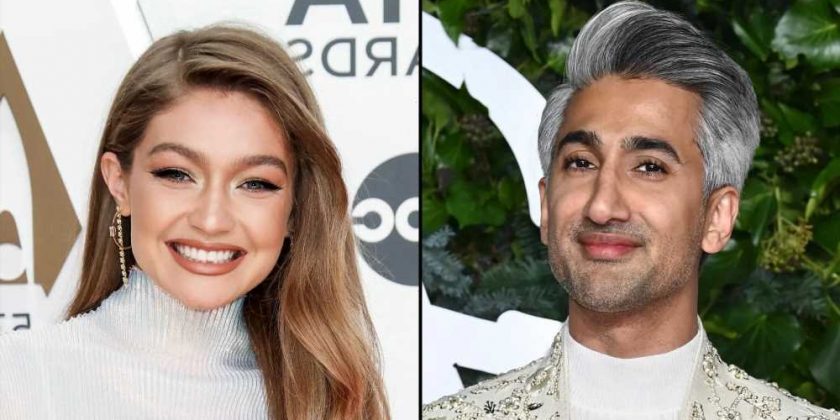 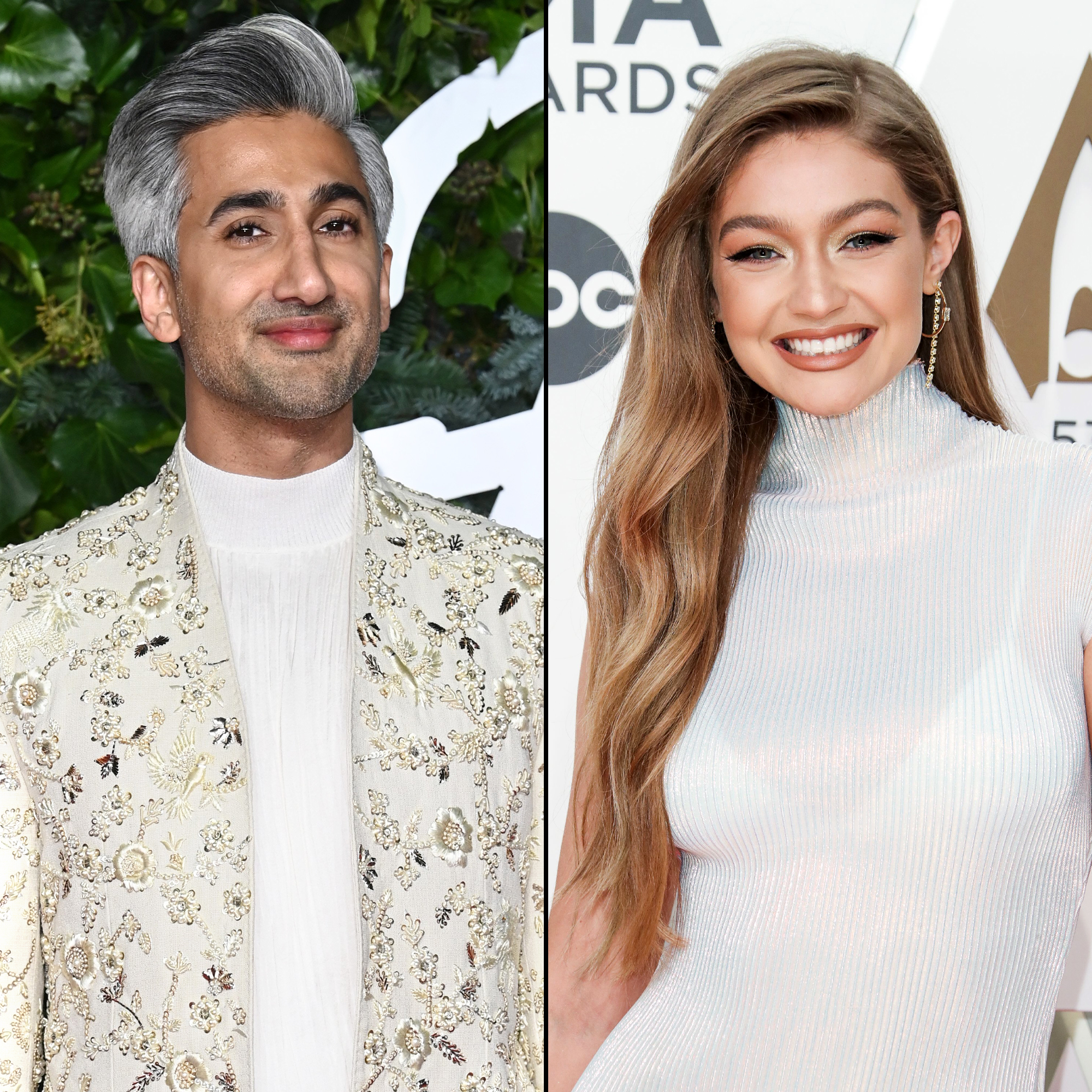 Fashion-savvy parents! Tan France and Gigi Hadid bonded over their stylish careers and parenthood while filming Netflix’s Next In Fashion together.

“Love! She’s one of my closest friends. I love her so much,” the Queer Eye personality, 39, exclusively gushed to Us Weekly on Monday, May 16, before presenting at the annual Webby Awards. “It makes the show really, really fun. It’s probably the best time I’ve ever had in a show.”

As colleagues, the England native got a front-row seat to watch the supermodel, 27, become “the best” first-time mother to daughter Khai, 20 months.

“She’s an amazing mom. I’ve gotten so many tips from her,” France told Us, noting that he “of course” has met Khai, whom Hadid shares with ex Zayn Malik. “She was a mom before I was a parent, like, seven months before [my son was born]. And so, she was the first person that sent me a care package of all the things that my baby might need. It was so sweet.”

France previously confirmed last year that he welcomed his first child, a baby boy, via surrogate.

“Give our son a warm welcome. Ismail France, born July 10th,” the Dressing Funny alum captioned an Instagram snap with his husband, Rob France, and the infant in August 2021. “He came seven weeks early, so he’s been in the NICU for the past three weeks. But, today, we finally got to bring him home. We love him so, so much. Like, fully obsessed. Our Surrogate is doing so great, post labor, and we couldn’t be more grateful for the greatest gift in our lives.”

Amid the Tan and Rob’s baby news, their loved ones — including Hadid and the remainder of Queer Eye’s Fab Five — were thrilled to meet the bundle of joy. 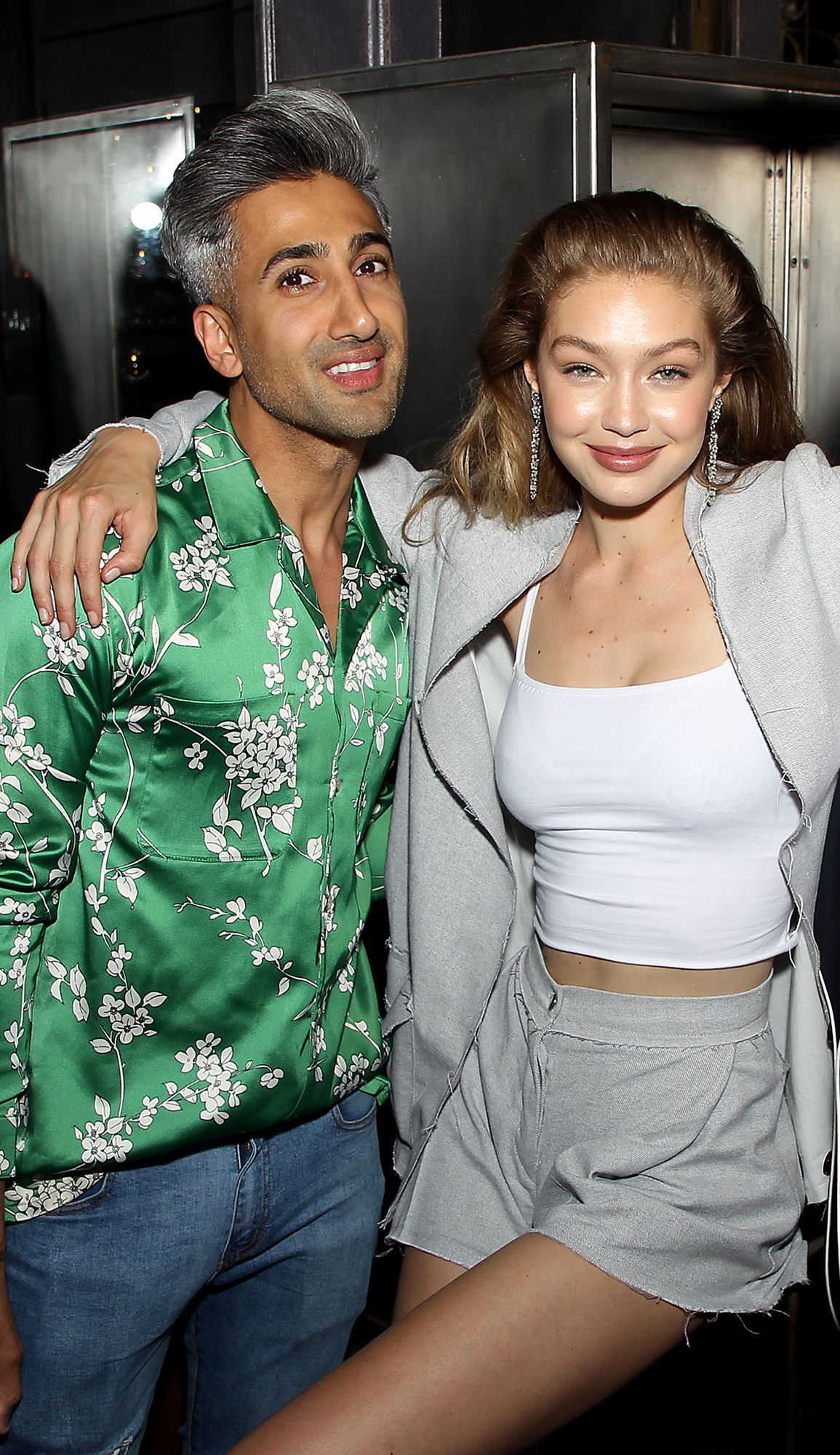 “I told Jonathan [Van Ness] first because if I didn’t, he would have killed me,” the fashion designer previously told Us in June 2021. “His second question was, ‘What about me? You won’t neglect me now, will you?’ I’m like, ‘No, you will always be my first child. I will always understand that.’ … I [called Jonathan, Antoni Porowski, Karamo Brown and Bobby Berk] individually. They were so supportive. Jonathan’s making something for the baby. Apparently, it’s not gonna be ready until way after he’s born, that’s how elaborate it is.”

Tan also received crucial parenting tips from the Never Have I Ever voice actress.

“If you’re not a parent, you won’t know this, but [there’s a product] called a Baby Brezza, which is a machine that helps you make your formula really quickly,” he told Us on Monday of the care package Hadid sent. “She included a sound machine, bibs, pacifiers, like, everything I could possibly need.”

While Tan and Rob have settled into fatherly bliss while raising their 9-month-old “angel” son, the fashion stylist took a break to attend the Webbys at New York City’s Cipriani Wall Street.

“I’m really happy to be here. I was asked by [formula company] Bobbie to be here [because] I joined their campaign, which is encouraging people to see formula-feeding as a perfect option for their baby — if that feels right for them,” the Was Him founder noted. “I was really proud to be part of that campaign. So, to be asked to come here and receive the award is lovely for me.”