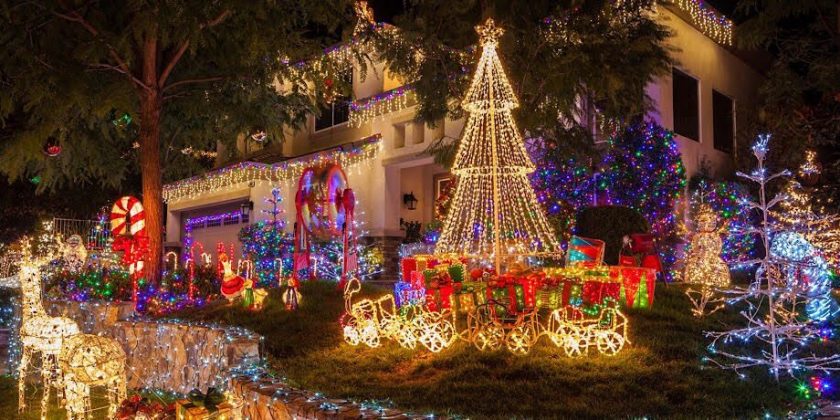 Now that Thanksgiving is over, Tampa Bay, Florida began whipping out the big Christmas festivities over the weekend, reports 10 News. Plenty of lights, rides, shows, and various other holiday activities will be happening through the rest of the season, and many of them have free admission, for those interested in getting into the holiday spirit.

The Strawberry Festival grounds also have nightly light displays happening through Christmas Eve. They will host thousands of displays and decorated Christmas trees, as well as live entertainment. The live entertainment includes those such as Fritzy Brothers One Man Circus and living Nativity scenes on every Thursday through Saturday. There will also be several holiday rides, concession areas, a meet and greet with Santa, a KidZone for the little ones, an area for children to mail their letters to Santa, and a Lego station. Other meet and greets will include Frosty the Snowman, Rudolph, and Santa’s elves. Ticket’s to Christmas Lane at Strawberry Festival Grounds are $5 USD for those ages 13 and up, $3 USD for children between the ages of four and 12. Those under three years-old will have free admission. Rides are of course on a separate ticket, although parking will be free.

We’re proud to announce that this year’s winter tour features the live debut of The Christmas Attic! Visit http://www.trans-siberian.com/ for tour dates and to see our brand new website! #TSOtime

A post shared by Trans-Siberian Orchestra (@transsiberianorchestra) on Aug 15, 2014 at 8:35am PDT

Another enticing activity for Christmas fans is the Symphony of Lights which is hosted at the Shops at Wiregrass nightly through December 31. The show of twinkling and dancing lights with various other holiday decor even includes fake snow. The show is also choreographed to music from Trans-Siberian Orchestra. Admission to the Symphony of Lights is free.