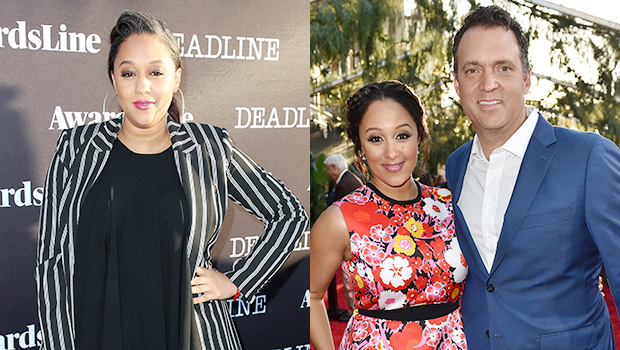 Here’s what Tia Mowry is doing to help her twin Tamara process the tragic news that she lost her 18-year-old niece, Alaina Housley, in the shooting at Thousand Oaks on Nov. 7, which HL has EXCLUSIVELY learned.

The Real co-host Tia Mowry, 40, is rushing to her twin sister Tamara Housley-Mowry’s side. Tamara and her husband, Adam Housley, confirmed this afternoon that their 18-year-old niece, Alaina Housley, was one of the 12 victims who lost their lives in the shooting at Borderline Bar & Grill in Thousand Oaks, California, on Nov. 7. Tia also confirmed the news with a heartbreaking tweet on Nov. 8, writing, “Our sweet Alaina Housley is gone. We love you. We are devastated.” Understandably, “Tamera and her family are so shaken and devastated over this tragedy,” a source EXCLUSIVELY shares with HollywoodLife. “They’re still trying to wrap their heads around it.” Horrified people nationwide are trying to wrap their heads around the shooting, as Thousand Oaks was rated the third safest city in the United States in 2018. But  Tia wants to do everything possible to help Tamara and her mourning sister’s family.

“Tamera is such a family girl and is supporting her husband and his family through this, and Tia of course is doing anything she can as well,” our source continues. The bond you saw on Sister, Sister, the ’90s sitcom that propelled the twins’ acting careers, wasn’t just for television. “Tia and Tamera are as close as sister possibly could be, and talk upwards of five times a day,” our source reveals. With that said, “they’d each drop anything for the other which is exactly what happened.” And Tia is recruiting help from her husband of 10 years, Cory Hardrict.

“Tia and husband Cory will do anything they can to help Tamera and Adam,” our source goes on. “Adam is also very close with his family.” After news of the shooting broke, Adam, who was a former Fox News correspondent, asked his Twitter followers for prayers. When one fan asked for what reason, he replied, “My niece. A beautiful soul.” Adam is an alumni of Pepperdine University, the university which Alaina was attending. The whole family is reeling from the loss, as our source adds that “their brother Taj as well was effected by this news as the three of them are extremely close.”

“The husbands and kids are all very tight knit and close as well and trying to get through this,” our source tells us. “It’s affecting the entire family and even their friends as well. They’re very shaken up.” And these sentiments reflect the official statement which Tamara and her husband released. “Our hearts are broken. We just learned that our niece Alaina was one of the victims of last night’s shooting at Borderline bar in Thousand Oaks,” the married couple told Us Weekly. “Alaina was an incredible young woman with so much life ahead of her and we are devastated that her life was cut short in this manner. We thank everyone for your prayers and ask for privacy at this time.”

Like her sister’s husband, Tia took to social media to ask for help before the whereabouts of Alaina were known. “Alaina Housely we are praying. We love u! If you know anything or any information please let us know. We love you,” she wrote, accompanied by a throwback photo of her, Tamera and Alaina at a wedding. We are praying for the Housley family’s loss.