T.I. and Tiny Harris will not be charged in sexual abuse case

T.I. laughs off his arrest in Amsterdam over bike collision with cop

The Atlanta rapper took the stage at the Laugh Factory in LA on Saturday night — and his surprise set was “pretty good” one “shocked” showbiz insider told Page Six.

But the material won’t be seen outside the club, since a security team made sure fans were not recording his routine.

The witness told Page Six: “T.I. did a surprise set. He was actually pretty good! They sent out a security force to prevent people from recording.”

The spy added that T.I.’s material included jokes about “his kids and his wife.”

“People were shocked” when T.I. hit the stage, said the source. “They were like ‘WTF?’ The audience had to look twice to see if it was really him.”

The rapper declared last month in a YouTube chat with fellow hip hop artist Nelly that he was devoting this time to standup. “I’ve been doing this every day for three weeks,” he said, mentioning that later same night he had a gig lined up at the Laugh Factory.

He was also a guest star at Shaquille O’Neal’s “All-Star Comedy Jam” at the Microsoft Theater in LA. But it seems the rapper is making comedy a career rather than a one-off.

T.I. has already even been embroiled in a comedy beef, when another comedian, Godfrey, called out the rapper for poor standup etiquette. 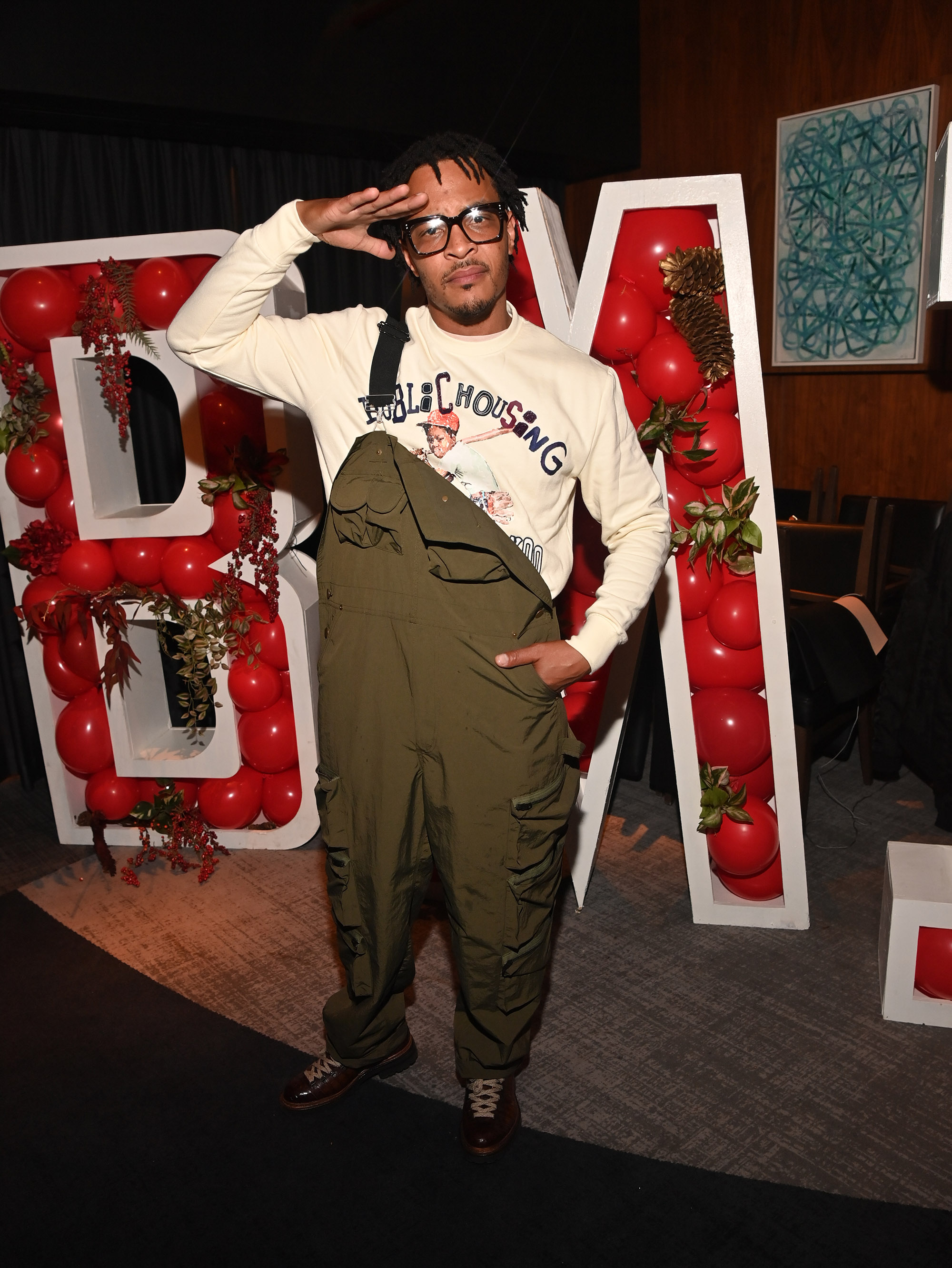 The two played an Atlanta comedy club — but T.I. made an alleged faux-pas when he went on after the more experienced comedian, even though Godfrey was the headliner.

Godfrey later groused on his podcast, “In Godfrey We Trust,” “As a headliner, no one is supposed to go up after you… There’s a code in comedy that I follow.”

He even added that he skipped T.I.’s performance, “I’m not watching what you can’t do better than me. You’re not a comedian to me.”

T.I. later said in an interview that it was all an honest mistake.

He explained in a video rebuttal that he’d been having a meeting with a trio of real estate developers about an Atlanta deal he’s working on — and that when he mentioned he’d been doing standup to the group, one of the execs told him he owned the “plaza” where the comedy club was located.

The business associate then suggested, according to T.I., that they should go over to the club and T.I. should perform. The rapper also said that the real estate deal he’s working on with the developers will include an Atlanta comedy club.

T.I. claimed in another interview that he watched Godfrey’s show that night, and that he’d asked Godfrey if it was OK for him to perform, and that the comic said, “Go ahead.”

Either way, T.I. said in a video clip of Godfrey’s diss, “To me that made a giant look small in my eyes, simply because what you said was I came and I went on after you…. how in the f–k can I make you, a giant in [comedy], look small?”

He said his segue to comedy would only, “add value and contribute more shine to the comedy game” and, “all ships rise with the high tide.”

Either way, T.I. has also related that the dueling comics buried the hatchet and had “gotten to a better place.”