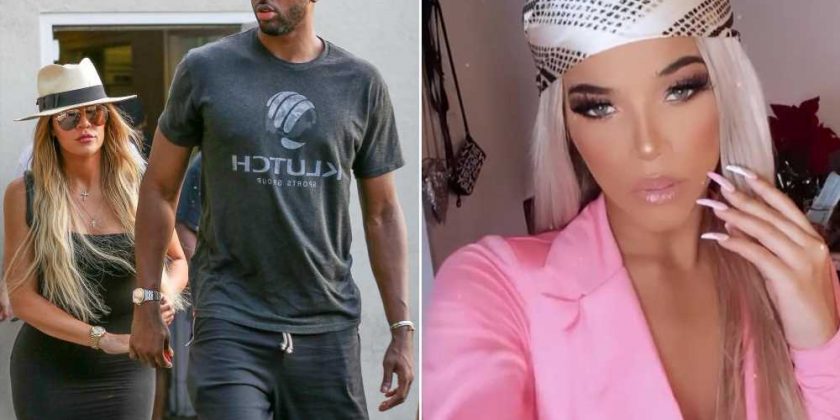 The Instagram model — who allegedly had a fling with Thompson last year — reposted a message from Justin LaBoy that read, “I can’t even get mad no more,” followed by the crying-laughing emoji. “life funny at this point.”

Chase’s vague-yet-directed comment comes after she claimed multiple times that she and the Boston Celtics player hooked up in the fall after he had gotten back together with the “Keeping Up With the Kardashians” star.

Thompson, 30, vehemently denied any interactions with Chase and even sent her a cease-and-desist threatening legal action. But Chase never backed down from her claims.

“I will not be called a liar,” she once wrote on social media.

Chase ultimately hired famed attorney Gloria Allred in her legal fight against Thompson after he branded her a “liar.”

Page Six broke the news Monday that Kardashian, 36, and Thompson had broken up a few weeks ago, shortly after Chase took her Thompson fling claims public on an April episode of the “No Jumper” podcast.

A source told us Kardashian and Thompson are “getting along” despite their split.

“There is no drama,” our source said, adding that “everything is amicable, and they are on the same page with co-parenting.”

The former couple are parents to 3-year-old daughter True.

News of the on-again, off-again couple’s split also came after the Daily Mail reported that the NBA star was allegedly spotted entering a room with three women at a Bel Air birthday party on Friday and emerged 30 minutes later looking “disheveled” — just one day after dining with Kardashian and True.

“Tristan took off into one of the party rooms where everyone goes to hook up,” an insider claimed to Daily Mail. “He was with three women and another guy. One of the girls he was with is a regular partier — she’s always out and about at parties.”