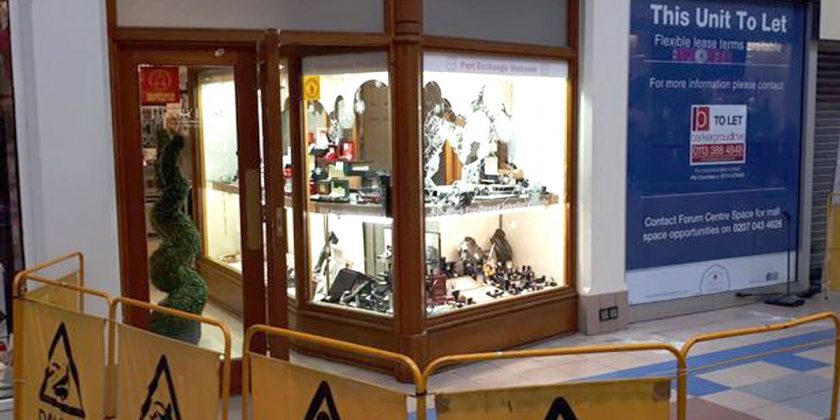 Five men armed with swords raided a shopping centre jewellery store this morning, filling a rucksack with goods before running off.

Dramatic footage captured by a member of the public shows the robbers, brandishing long swords and an axe.

They smash their way into the Henry Rose jewellery store in The Octagon shopping centre in Burton, Derbyshire Live reports.

The clip captured from near Poundland shows five men dressed in black with their faces covered bundling items into a black bag on the floor.

They can be heard shouting.

One man can be seen holding a large sword as he paces up and down behind the raiders.

Towards the end of the short footage one of the men quickly picks up the bag before eventually running off past clothing chain TK Maxx and into the car park.

One even stops to pick up an item he had dropped on the floor.

Shoppers can be seen in the background at the entrance to TK Maxx before heading back into the store seeking safety, as the shutters are pulled down.

Anyone with information is asked to call Staffordshire Police on 101.