A supportive stepmom! Gisele Bündchen shared a special message for stepson Jack on his 14th birthday.

“Happy birthday Jack!” the model, 41, shared via Instagram on Sunday, August 22. “We are all so lucky to have you in our lives. Thank you for being the best big brother in the world. We love you soooo much! ❤️”

The caption was shared alongside a family photo with Jack surrounded by his supermodel stepmother, dad Tom Brady and siblings Benjamin, 11, and Vivian, 8. Bündchen also repeated the caption in her native Spanish. 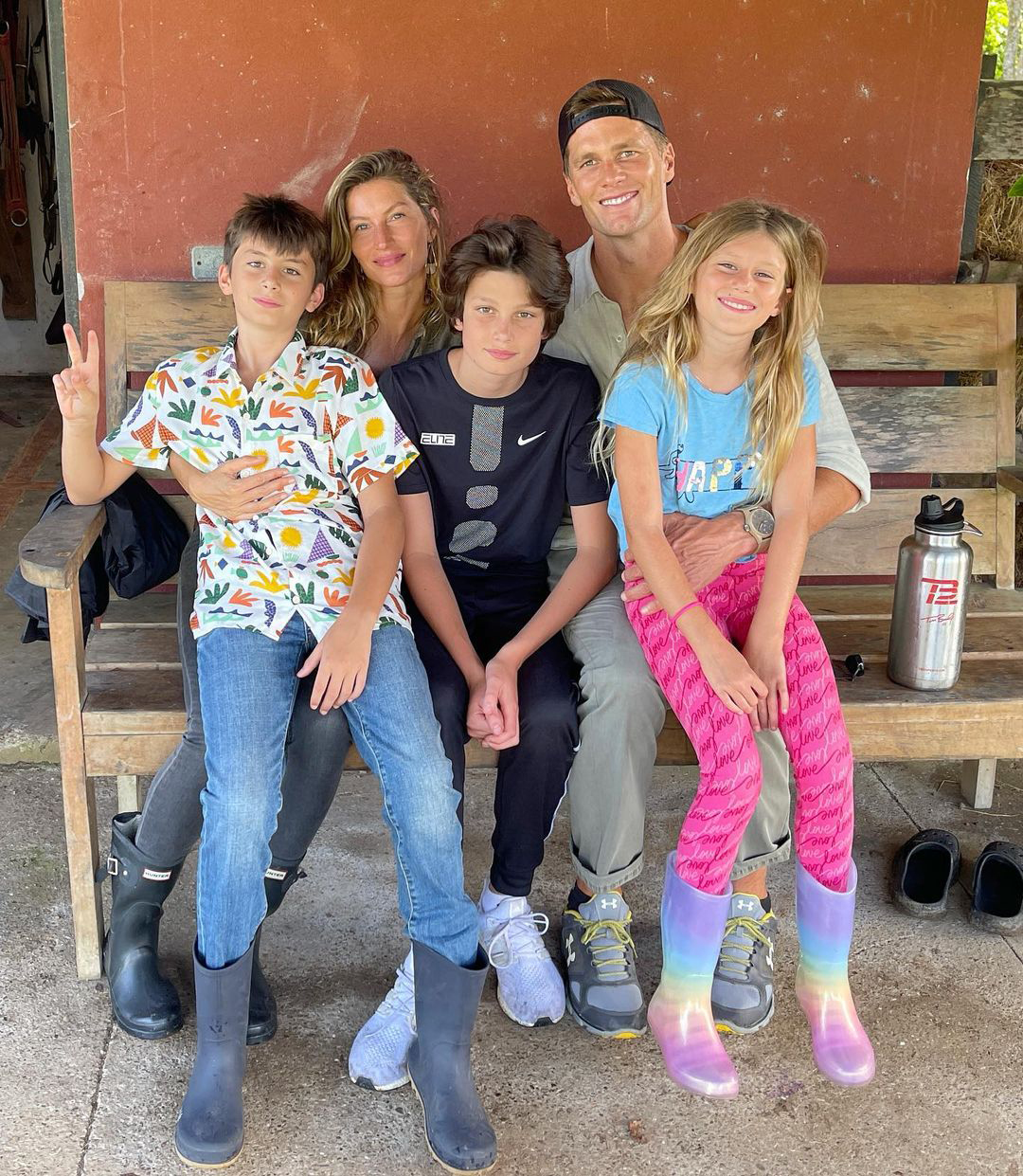 The Tampa Bay Buccaneers quarterback, 44, welcomed his first son (whose birth name is John Edward Thomas) with Bridget Moynahan, 50, in 2007 after the pair split in 2006.

Bündchen has been in her stepson’s life since his early years. She and Brady were dating when the Blue Bloods actress announced her pregnancy. In the Brazilian native’s 2018 memoir, Lessons: My Path to a Meaningful Life, she explained that while news of his impending arrival was a shock, Jack’s birth was truly a gift.

“[He made] my heart expand in ways I didn’t know was possible,” she wrote at the time.

Brady and Bündchen married in 2009 while Moynahan married businessman Andrew Frankel in October 2015. The Sex and the City star — who will return for sequel series And Just Like That — is also a stepmother. Frankel has three sons from a previous relationship, giving Jack a big, extended family of siblings and stepparents.

However, Bündchen prefers the term “bonus mom,” she revealed via her Instagram Story in February 2020.

“I don’t like the word ‘stepmom.’ I like the word ‘bonus mom’ because I feel like it’s a blessing in my life,” the Devil Wears Prada actress explained at the time. “I feel so lucky that I got to have an extra wonderful little angel in my life.”

Her Super Bowl champion husband also posted a message for Jack on his birthday.

Everything Bridget Moynahan Has Said About Relationship With Ex Tom Brady

“Happy 14th birthday Jack,” Brady shared alongside a snap of the teenager. “I am so proud of the young man you are. You always try your best, you put others first, and you bring so much joy to our lives. This picture brings back some special memories and I can’t wait to kick your butt on the golf course again soon 🤣🤣🤣! We love you sssooooo much!!!! ❤️❤️.”

Jack is currently the Buccaneers’ ball boy, which the athlete bragged about on social media earlier this month. He proudly noted via Instagram that his son “takes his summer job and every rep very seriously.”