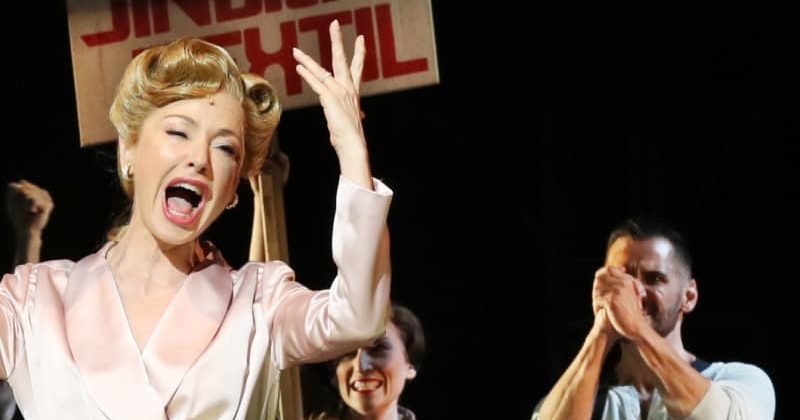 The Melbourne season of Evita, with Tina Arena in the title role, is such a hot ticket scalpers have already descended on it. They know what they’re doing: this chocolate-box revival of the original Hal Prince production is super-slick, visually and vocally imposing, and proves a perfect vehicle for its star.

Eva Peron remains a polarising figure, revered or loathed depending on your ideological leanings.

Her shadow looms large both as a trailblazing woman in politics – she achieved power in a male dominated milieu, implementing policy without having the right to vote herself – but also as an early example of the celebrity politician, with the capacity for propaganda and demagoguery that involves.

The genius of the Rice/Webber musical lies in pairing the life of Eva Peron with Che Guevara, who functions as antagonist, narrator, and one-man Greek chorus. 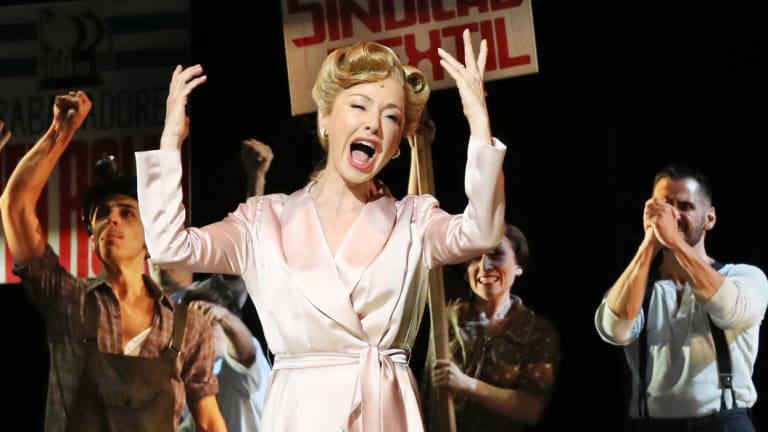 It’s a clever match: both died young, both had charismatic authority – a touch of star quality, as Evita puts it – and both spawned personality cults which survived the bitter legacy of their ideals. (Peronism devolved into dirty wars and far-right death-squads; Communist Cuba into far-left death-squads and international isolation.)

This production has star quality in spades. Arena sings gloriously, and it isn’t the power or the range of her voice that entrances but its emotional intensity and nuance. Anyone who wondered whether she’d have the acting chops to pull off something like this will be dazzled.

Arena embodies the contradictions of a complex anti-heroine rather than a secular saint – a woman driven by ambition and ruthless in its pursuit, whose ability to identify with and speak to the poor made her rich beyond measure, who used her glamour in service to a government with an ugly authoritarian streak.

The signature moment when Evita sings Don’t Cry For Me Argentina at a political rally is a source of awe – a rousing scene with traces of fascist spectacle which, partly because Arena isn’t interested in being adored, remains a disturbing glance at how easily art may become propaganda. 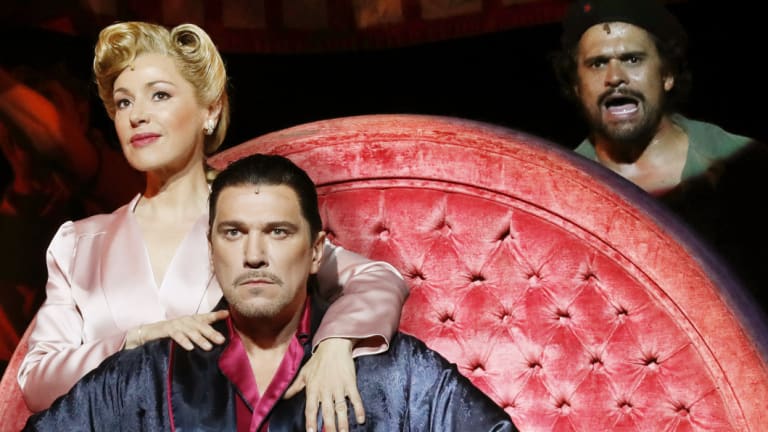 Kurt Kansley is a powerhouse as Che: sexy, magnetic and bristling with idealism that’s just as uncomfortable as Evita’s pragmatic approach. It’s a huge role and Kansley is a perfect match for Arena, energising the contest and nailing everything from snide intermezzos to crescendos of rock-opera fury.

Paulo Szot is a bit unbalanced as Juan Peron – his acting is underplayed to the point of limpness, his baritone overcompensating in a way that’s overly fruity and operatic.

Alexis van Maanen as Peron’s mistress, and Michael Falzon as the tango-singer Evita dumps on her upward climb, are able in support, and the large ensemble brings physical and vocal discipline to the eclectic chorus work.

Highlights include the massive classical requiem that starts the show, some sultry, Latin-inspired dance numbers, and all the extended, through-composed light rock that underpins the show’s political tumult.

Directed with precision and attention to detail, with a sweeping sense of pace and occasion, this Evita will leave you thoroughly entertained, but also discomforted by how deeply the political conundrums of the past continue to live in the present.