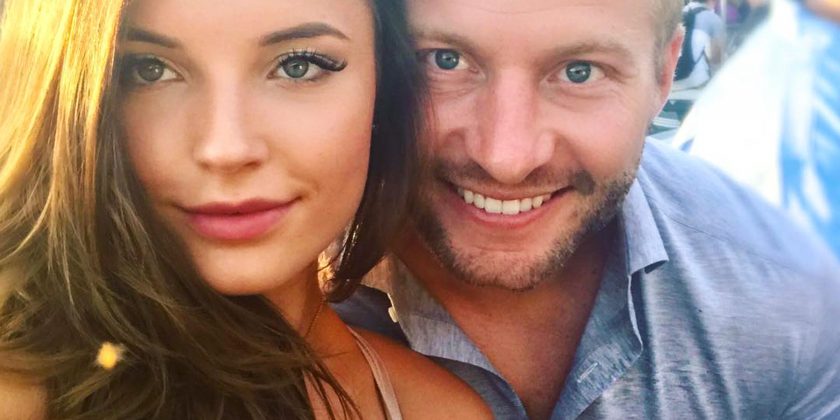 When Los Angeles Rams head coach Sean McVay hits the sidelines on Sunday for Super Bowl LIII, he’ll be the youngest in NFL history to do so.

McVay — who turned 33 on January 24 — is only two years into taking over coaching duties for the Rams, a team that — before his arrival — had not seen a winning season since 2003. In that time, he has earned coach of the year honors, became a meme, and steered the Rams to an eight-game winning streak along the way.

Now, McVay and the Rams are headed to the biggest stage in sports to face off against one of the most storied franchises in the NFL, the New England Patriots.

The last time the two franchises met each other for the Vince Lombardi Trophy was in 2002, and quarterback Tom Brady and coach Bill Belichick of the Patriots — who McVay will now face at the Super Bowl — would walk away with their first of five NFL championships. At the time, McVay was only a 16-year-old high school student.

So, how did McVay turn around a struggling franchise in two years?

Here’s everything you need to know about the NFL’s wunderkind.

He played football in high school and college — and was good!

Though McVay has never been to a Super Bowl, he’ll feel right at home in Atlanta on Sunday.

McVay went to high school in Brookhaven, where he was a four-year starting quarterback and defensive back at Marist School. While there, McVay rushed for over 1,000 yards and passed for over 1,000 yards to guide the school to a state championship. He was even selected as 2003 Georgia 4A Offensive Player of the Year over Calvin Johnson, who would go on to be one of the most successful NFL wide receivers ever.

He then enrolled to play football at the Miami University in Oxford, Ohio, and joined the Tampa Bay Buccaneers as an assistant wide receivers coach after graduating in 2008.

He came from a football family and moved up quickly in his career.

McVay’s grandfather is John McVay, who was a coach for the New York Giants before becoming an executive with the San Francisco 49ers. His father, Tim McVay, also played college ball at Indiana University.

After leaving the job in Tampa Bay, McVay’s next job in the league came with the Washington Redskins in 2010, when he joined legendary coach Mike Shanahan as an assistant tight end coach.

McVay was promoted to tight end coach later that year and would become the team’s offensive coordinator in 2014. He’d remain in the position until the Rams called him up in the months after they fired longtime coach Jeff Fisher after he only won four games in 2016.

McVay — then just 30 years old — became the youngest head coach in modern NFL history when he was hired by the Rams in 2016.

Since then, he has brought the most out of running back Todd Gurley and Jared Goff, who many analysts labeled a “bust” during his rookie season under Fisher.

RELATED: The First Time Tom Brady Faced the Rams in the Super Bowl? A Dynasty Was Born

In 2017, the Rams had one of the biggest turnarounds in history when they posted an 11-5 record and improved on that this season by going 13-3 and beating the New Orleans Saints to move on to the Super Bowl.

He has a “get back coach” and it’s hilarious.

Ted Rath, director of strength training and performance for the Rams, is tasked during games with moving the hyper-focused McVay out of the way before crashing into referees. He’s known as a “Get Back” coach.

“There is an art to it,” he told NFL Films. “It is kind of like a dance. Maybe tango? Like a side-step into the path of the official and then [move] back.”

Needless to say, video of him pulling McVay away from referees is hilarious.

He has a model girlfriend.

According to the Atlanta Journal Constitution, McVay met his girlfriend, Veronika Khomyn, somewhere between 2011 and 2013 while he was on the Redskins and she was a student at George Mason University in Fairfax, Virginia.

Khomyn is a model from Ukraine and has racked up a large social media following on Instagram. She occasionally posts pictures and video of her sweetheart, McVay, to her page, which shows them on boats, sharing a night out on the town, and of course, at Rams games.

She was also McVay’s guest to the NFL Honors event in February 2018, when he was named coach of the year in his inaugural year at the helm of the Rams.