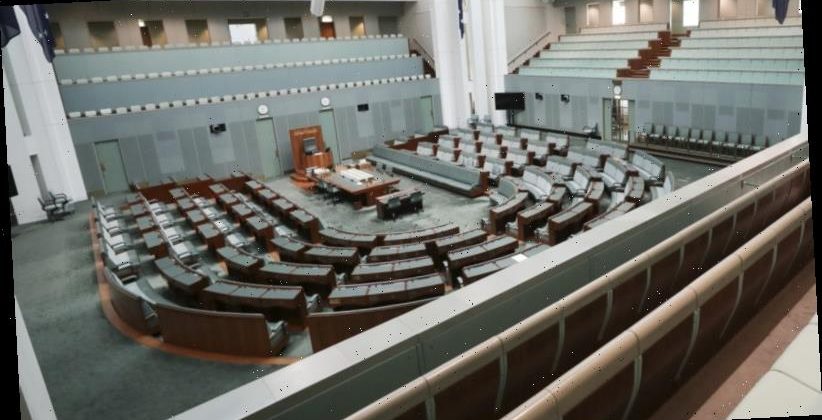 Bullying and sexual harassment are rife in the House of Representatives according to confidential 2020 staff survey of the department’s employees, which contains complaints about “issues caused” by Members of Parliament, including bullying of staff. 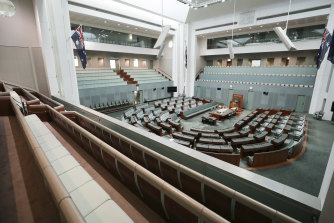 Workers in the House of Representatives say bullying and sexual harassment are rife.Credit:Alex Ellinghausen

Another employee complains “the department’s leadership seems very under-equipped to deal with issues caused by Members [of Parliament], including but by no means limited to the bullying of departmental staff”.

“While the conduct of Members is theoretically a matter for the House, on a practical level the only option available for staff is to ‘suck it up’.”

A third staff member writes “the department continues to fail to deal effectively with bullying and harassment. Known perpetrators carry on without any fear of sanction”.

The survey, completed by about 124 staff of the Department of the House of Representatives, canvasses employee issues including working conditions during the COVID-19 pandemic and workplace flexibility. Nearly 13 per cent of respondents said they had experienced discrimination “on the basis of my background or a personal characteristic”, gender and caring responsibilities being the equal most common reasons cited for the discrimination.

Over 11 per cent said they had been subjected to harassment or bullying in the department, with verbal abuse and “physical behaviour” cited as the two most common types.

In the section of the survey where staff members are asked to provide “any general comments”, a quarter of respondents write about bullying and harassment in their workplace.

“The department does not support staff that are bullied in the workplace”, writes one commenter. “Staff members that are permitted to bully their colleagues encourage a disjointed culture, one that lacks core values”.

Another person says that such issues are met with “blindness/silence from above” and “a message ‘there’s nothing to see here’.”

The survey responses include an accusation that formal complaints in writing about bullying behaviour have resulted in no change.

According to its annual report, the Department of the House of Representatives has 178 employees, including 130 permanent employees. Over 60 per cent of staff are women.

The Department of Parliamentary Services has been contacted for comment about the survey’s findings.

This week Prime Minister Scott Morrison has been under pressure to defend the culture of Parliament House after former Liberal staffer Brittany Higgins came forward with a rape allegation.

Ms Higgins says she was raped in 2019 by a fellow staff member on a couch in the Parliament House office of Defence Minister Linda Reynolds, and that she was treated as a “political problem” in the aftermath of the alleged rape.

Mr Morrison says his office was only told of the events last week and he was “not happy” about this, although this claim is at odds with Ms Higgins’ statements.

His predecessor, Malcolm Turnbull, says it would be a “complete failure of the system” if Mr Morrison’s staff didn’t tell him of such a serious complaint.

“I find it incredible – that is to say, very, very, very hard to believe – that the Prime Minister’s office would not have been aware of that incident as soon as it occurred,” he told the ABC.

The Prime Minister apologised to Ms Higgins on Tuesday and ordered his department’s deputy secretary Stephanie Foster to look at the formal processes in the Department of Finance for parliamentary staff and the possibility of mandatory reporting of assault allegations. Liberal MP Celia Hammond, the former vice-chancellor of Notre Dame University, will also lead an examination of the culture within Coalition MPs’ offices with the help of former psychologist Fiona Martin, the member for Reid.

Another former Liberal staffer Dhanya Mani, who went public with her story of harassment and assault in July 2019, says the Prime Minister’s failure to reform the culture in politics meant Ms Higgins had been forced to go through the trauma of telling her story publicly in a bid to effect change.

Ms Mani, along with Chelsey Potter another staffer who spoke out at the same time, launched a campaign 18 months ago to gather allegations of sexual harassment and assault to establish confidential party mechanisms for victims.

She has written to Mr Morrison with a summary of changes wanted by survivors who have contacted her – countless women from both sides of politics, union members, public servants and workers at large companies – and a request he consults them over what should be done.

“There is a misogynistic culture that creates severe power imbalances that plague all political parties, companies, and institutions. This must be fixed,” Ms Mani wrote.

She said women in politics who shared their experiences said they hadn’t been educated about where to seek help if they were harassed at work, did not feel able to approach supervisors or MPs about fellow party members, and didn’t think any complaint of misconduct would be taken seriously.

Ms Mani said legislation must be changed to give advisers clear legal protections and make MPs vicariously liable for misconduct in their offices if they didn’t take all reasonable steps to prevent it.

“Stop minimising your responsibility for the trauma of Brittany Higgins – and for this issue more broadly,” she said.

The Community and Public Sector Union has also written to Mr Morrison and Finance Minister Simon Birmingham this week asking for mandatory sexual harassment and bullying training for all MPs and senior staff, and the establishment of a complaints process that guarantees independence.