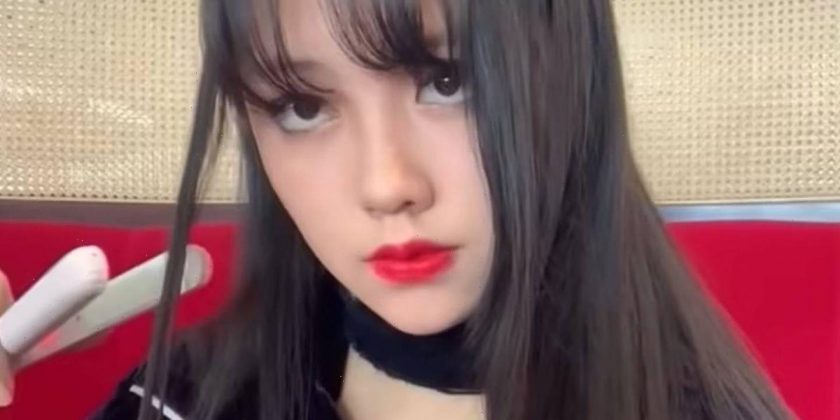 Everyone knows that you use every money-saving hack in the book when you're a student.

However, one art student Zou Yaqi took it to the next level by posing as a socialite – meaning she didn't have to spend any money for three weeks.

The 23-year-old from Beijing, China, said she took on the project in May this year 'in the name of art'.

Apparently, she aimed to ‘break the rules’ and enter the ‘world of the rich’ as a disguised socialite as criticism of capitalism and consumerism.

First, she researched what socialites tend to wear and bought herself a fake Hermès Birkin bag, which is the most expensive handbag in the world (when it's not fake).

She also bought a knock-off designer tracksuit and faux-diamond ring.

The student then straightened her hair and put on some red lipstick before heading out on the town with her new identity.

Explaining her thought process behind her new look, she told Sixth Tone: “I'm more cautious and casual in daily life, but I had to present an elegant, haughty, and self-confident image.”

On the first day of her experiment, which she later turned into a performance art piece, Zou gained access to an airport VIP lounge with a forged pass ‘valid’ for 3 hours, where she was able to stay for three whole days.

She lived off the buffet – and smuggled the contents off into her paper Gucci bag – another part of her disguise.

During the rest of her anti-consumerism project, she managed to gain access to saunas, steam rooms and bathrooms at a famous hotel by using fake names and telling staff she’d ‘just checked out’.

Zou also attended an auction, where she was invited to try on an emerald ring that was later sold for thousands and walked into a Louis Vuitton store where the sales assistants immediately dropped their other customers and invited her to one of the brand’s exhibitions.

By the end of her the three weeks, the student said: “I was constantly playing the role all day. I soon got used to the contradiction: My body was dirty and slimy, but I was seen as a beautiful and rich woman by others.”

However, she says these criticisms miss the point.

She wrote on Weibo (China's equivalent to Twitter) that she wanted to highlight the class gap in China by showing how the rich have access to ‘excessive goods’ that were free.