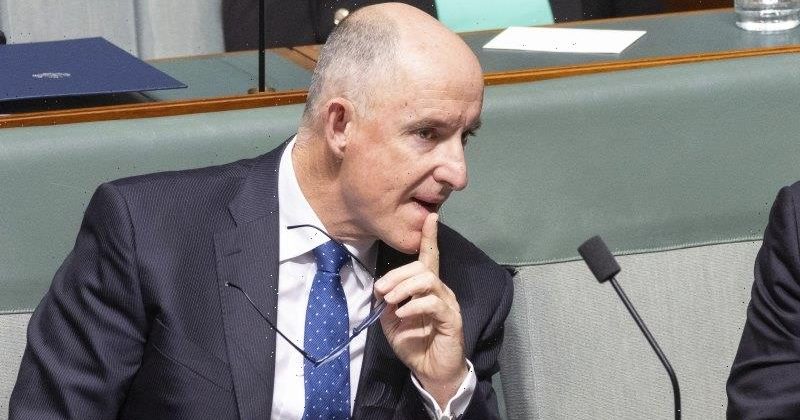 Former cabinet minister Stuart Robert has sparked claims he tried to pressure government officials to come to his defence after leaked emails revealed his connection to a close friend who sought lucrative contracts in Canberra.

Robert emailed the head of Services Australia on Thursday to seek an urgent response to clear him of concerns about the deals with tech giant Infosys, only to be told the government agency would have to seek advice on the affair.

With new advice suggesting the Infosys deals were worth $274 million over four contracts – compared to earlier estimates of $135 million – the government has expanded its inquiry by planning to bring in an independent expert to review the deals. 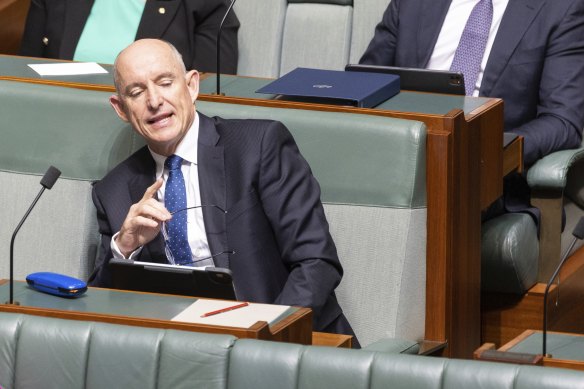 Stuart Robert during Question Time on Thursday: “I had zero involvement with this procurement and any other procurements.”Credit:Alex Ellinghausen

Leaked documents revealed by this masthead on Thursday showed that Synergy 360, a consulting company owned by David Milo and John Margerison, claimed Robert attended meetings with their clients including Infosys when he was the minister responsible for major tech projects.

Robert has known Milo for many years and has previously shared ownership with Margerison in a company that owned commercial property and shares in listed companies.

A leaked memo from December 2019 shows that Milo, the chief executive of Synergy 360, met the minister on the Gold Coast and said he “provided feedback from the minister” to Infosys about its work with Services Australia.

Government Services Minister Bill Shorten seized on the new documents to challenge Robert in question time on Thursday about why he met Infosys executives on 26 June 2019, before the initial contract, and on 19 November 2019, before the company won even bigger contracts.

“Did the former minister ever alert the department he was meeting Synergy 360 and/or Infosys up to and after its successful bid?” Shorten asked.

Robert insisted he did nothing wrong and argued the project was decided almost 12 months before he became minister in May 2019 and was in contract negotiation when he became responsible for Services Australia.

“I had zero involvement with this procurement and any other procurements,” he said.

“I look forward to the report of whatever process the minister seeks to put in to ensure transparency and accountability.”

He confirmed he emailed Services Australia on Thursday morning to establish the probity of the contracts.

Robert, who was minister for government services from May 2019 to March 2021, told this masthead he had not helped companies such as Infosys win government contracts, did not have a conflict of interest because of his friendship with Milo and had not breached the ministerial code of conduct that is meant to prevent conflicts of interests.

Shorten told parliament last week he wanted Services Australia and the National Disability Insurance Agency to look into the affair, but he expanded this plan on Thursday by saying an “eminent Australian” would do the review rather than the agencies themselves.

While the new arrangement means the agencies will not review themselves, it will not have the power of a judicial inquiry or the National Anti-Corruption Commission to call witnesses and uncover documents.

Shorten told parliament on Thursday the “wheels had started to come off the project” after the contracts were awarded to Infosys when Robert was the minister.

Shorten revealed the $274 million estimate and said other companies – including one that lost the initial contract to Infosys – had been called in to fix the problems.

The technical problems with the project, called the Entitlement Calculation Engine because it was meant to replace systems that process income support payments for six million Australians, meant Services Australia scaled back the work with Infosys while it was still being developed and paid the company more than $100 million but not the full $274 million.

Robert was subject as minister to a code of conduct that carried the ultimate sanction of removing him from office if he failed to disclose a conflict of interest, such as using a minister’s position to promote a friend’s business.

Milo last week denied that Robert had provided Synergy 360 with advice and, after acknowledging the pair’s friendship, refused to answer questions and hung up the phone.