Australia’s strong recovery from the coronavirus pandemic and record high iron ore prices have helped secure an upgrade to the nation’s financial standing by one of the world’s top ratings agencies.

As new data points to ongoing strength in the jobs market, S&P Global revealed it would lift Australia’s triple-A credit rating to stable from negative. 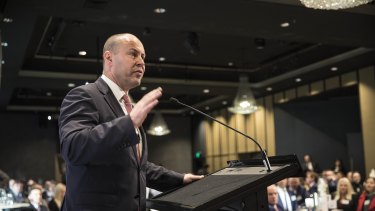 There had been some concern among economists S&P, the most aggressive of the three main ratings agencies when it comes to the outlook for national finances, would strip Australia of its triple-A rating. The other agencies, Moody’s and Fitch, already have Australia as one of the few top-rated nations in the world.

S&P said while COVID and subsequent government lockdowns had “wreaked havoc” on economies, the speed of Australia’s recovery gave it confidence about the state of the nation’s finances.

“The pace of the economic recovery, and exceptionally strong demand for key commodity exports – namely iron ore – have provided a timely boost to government revenues such as company and income taxes, the goods and services tax, and conveyance duties. We expect key revenue lines to outperform the central government’s own forecasts,” it said.

“We do not expect to see a large increase in spending initiatives in the next budget in the lead-up to the federal election due in May 2022. Nor do we expect small outbreaks or short “circuit-breaker” lockdowns to derail our expected fiscal recovery at the general government level.”

The agency said it believed the risks of the government not hitting these forecasts was receding, partly due to the strength of the economy.

It also said it expected the nation’s property market to remain strong, arguing very low interest rates, a shortage of supply and a lift in migration over the next two years would underpin prices for some time.

Victoria has entered its second week of another lockdown as it seeks to control its most recent outbreak.

S&P said while lockdowns had come at a great economic cost, they had ultimately proved economically effective.

“While lockdowns drove the Australian economy into a record contraction and the budget into substantial deficit, they also allowed governments to quickly control the outbreak relative to most other countries,” it said. “This early success underpins the stronger economic and fiscal recovery than otherwise would have been the case.”

Treasurer Josh Frydenberg said the agency’s actions were an expression of confidence in the government’s economic management.

“The Morrison government has committed an unprecedented $291 billion, or 14.7 per cent of GDP, in direct economic support for individuals, households and businesses,” he said. “With the unemployment rate having fallen for six consecutive months and more people in work than before the pandemic, our economic plan is working.”

The ANZ’s closely watched measure of job advertisements continues to suggest strength in the jobs market, with ads up 7.9 per cent in May to be almost 39 per cent higher than a year ago.

It was the 12th consecutive increase in job ads, with ANZ senior economist Catherine Birch saying unemployment was likely to be down to 4.8 per cent by the end of the year.

“The Victorian lockdown is unlikely to derail the state’s labour market recovery. Even if we see some employment losses in June, as long as restrictions start easing from 11 June as currently planned, workers should be reinstated or find new jobs quite quickly, given the underlying strength in the labour market,” she said.