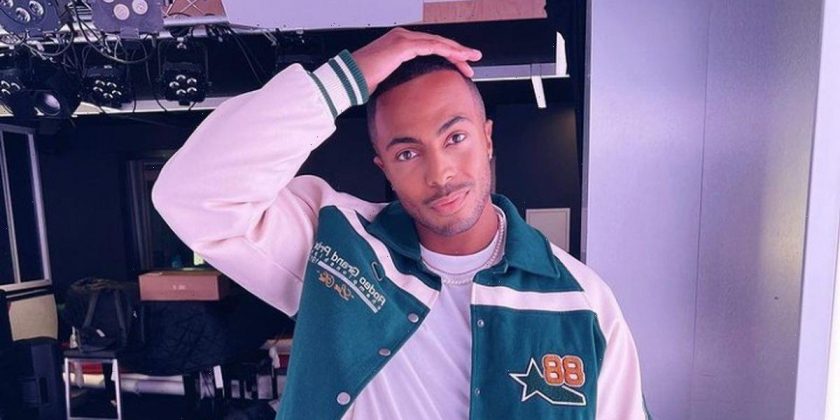 Since joining this year’sStrictly Come Dancing line-up, radio DJTyler West has set the dance floor on fire thanks to his unstoppable energy and charisma.

Despite only completing two full routines, the 26 year old has proven that he’s got what it takes to potentially take home the Glitterball trophy afterreceiving a score of 31 and a standing ovation from head judge Shirley Ballas for his jive.

And while viewers of the show may know the Kiss FM star for being partnered up with pro dancer Dianne Buswell, what do we know about Tyler off-screen? Let’s take a peek…

When he’s not putting his dancing moves to the test, Tyler is more comfortable watching the dancefloor from the sidelines as he DJs for lavish parties and events, including the famous O Beach in Ibiza.

But it’s clear that he’s comfortable in front of the camera too, having presented for channels including MTV, CBBC and BBC Three.

Prior to joining the show,the radio personality lived in a modern apartment in the capital, though made a major life change in order to put his all into training for the show by moving back in with his mum Debbie.

Speaking of the decision, Tyler toldThe Mirror: “When this came around, it was such a big thing for me and my mum. She's a huge fan. I'm doing it for you, mum.”

But while preparing for the show, NHS worker Debbie was rushed to hospital, leaving Tyler fearing for the worst after calling an ambulance for her.

“When you’re running a million miles an hour, it's that reminder to take a moment, give a phone call to that loved one. There was a moment when I was in the back of the ambulance with the blue lights going.

“They were trying to help my mum and I felt helpless. It was an infection and thankfully she’s all right and back in good health but it was an eye-opener.”

Prior to landing his big break on CBBC, the TV star experienced racism while growing up in Croydon and has opened up about how his mother hid her money worries from him and his older brother Lewis.

And while Tyler may be competing on the show in order to make his mum proud, he has mentioned that Strictly could be the key to helping him find love, too.

“There have been some new people sliding in the DMs,” he told the publication. “Could Strictly find me my future wife? Who knows!”

For the ordinary person, the idea of competing on Strictly Come Dancing may be enough to keep them busy at all hours of the day, but for Tyler the dancefloor hasn’t been his only priority as of later.

Despite spending most of his time in rehearsals,the radio DJ completed the London Marathon for Youth UK in a more-than-respectable time of five hours and 25 minutes.

Speaking about the milestone, he said: “The vibe, the atmosphere is mad! Anyone that can, any donations towards UK Youth would be much appreciated. To this, I preferred the Jive!”

Strictly Come Dancing airs on Saturdays on BBC One.