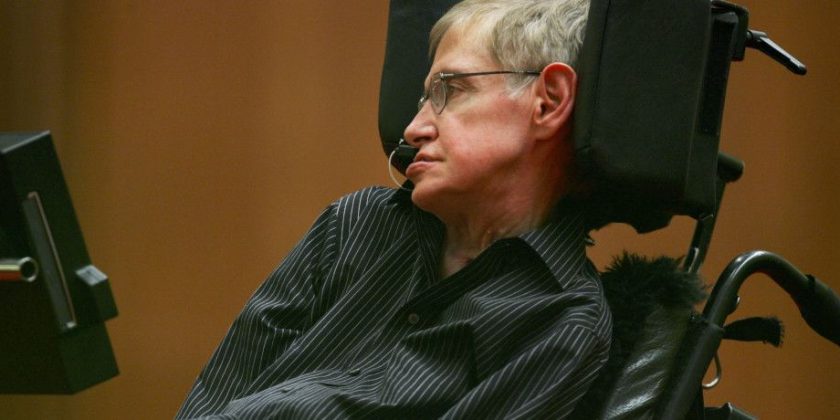 Stephen Hawking’s wheelchair, which the late theoretical physicist used in the 1980s and 1990s, exceeded sale expectations at an online auction held on Thursday.

It also sold for more than the amount fetched by the manuscripts of other renowned scientists.

Hawking used the wheelchair after he was paralyzed with the degenerative nerve disease Amyotrophic lateral sclerosis (ALS) or Lou Gehrig’s disease.

“Hawking initially resisted the idea of using a wheelchair in the late 1960s; by the late 1970s, he was using motorized models like the present example, and was even renowned for being a rather wild driver,” auctioneer Christie’s said in a statement prior to the auction.

“By the late 1980s he was at the height of his fame, and given his extensive travels to conferences and public events, as well as the scope of his intellectual explorations of space-time, this is arguably both literally and metaphorically the most-traveled wheelchair in history.”

The proceeds from the sale of the chair will go to two charities, the Motor Neuron Disease Association and the Stephen Hawking Foundation.

The sale named “On the Shoulders of Giant, also included a set of Hawking’s medals and awards, as well as a copy of Hawking’s Ph.D. thesis.

Hawking was just 21-years-old when he was diagnosed with ALS. He was told that he only had a few years to live because of his illness.

Hawking, however, managed to live for many more decades, during which he expanded scientific thinking about black holes and the universe. He conducted lectures and wrote books, among which is the 1988 A Brief History of Time, which became one of the best selling science books of all time.

On March 14, Hawking died at his home in Cambridge. He was 76-years-old.

Hawking’s daughter Lucy said that the sale offered a chance for his father’s admirers to acquire a memento of the scientist’s extraordinary life.