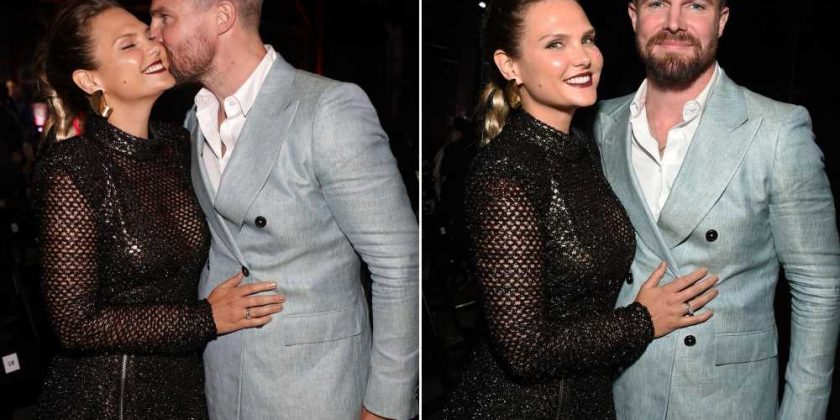 Stephen Amell and his wife, Cassandra Jean Amell, put on a united front nearly two months after an alleged dispute between them took place aboard a flight.

The couple attended the premiere of the new Starz series “Heels” Tuesday night, and at one point during the afterparty, Stephen, 40, even leaned over to give Cassandra, 35, a kiss.

The “Arrow” star plays one of the lead roles in “Heels,” which is about two rivaling brothers who fight over their late father’s wrestling business.

Cassandra previously showed support for her hubby on her Instagram, writing in July, “Congrats to everyone involved with @heelsstarz – you’re going to love this show. Even if you don’t know what a Moonsault is. Plus, that wrestling guy is a total babe.”

Aside from this week’s red carpet event, the pair, who shares 7-year-old daughter Maverick, have packed on the PDA online as well. 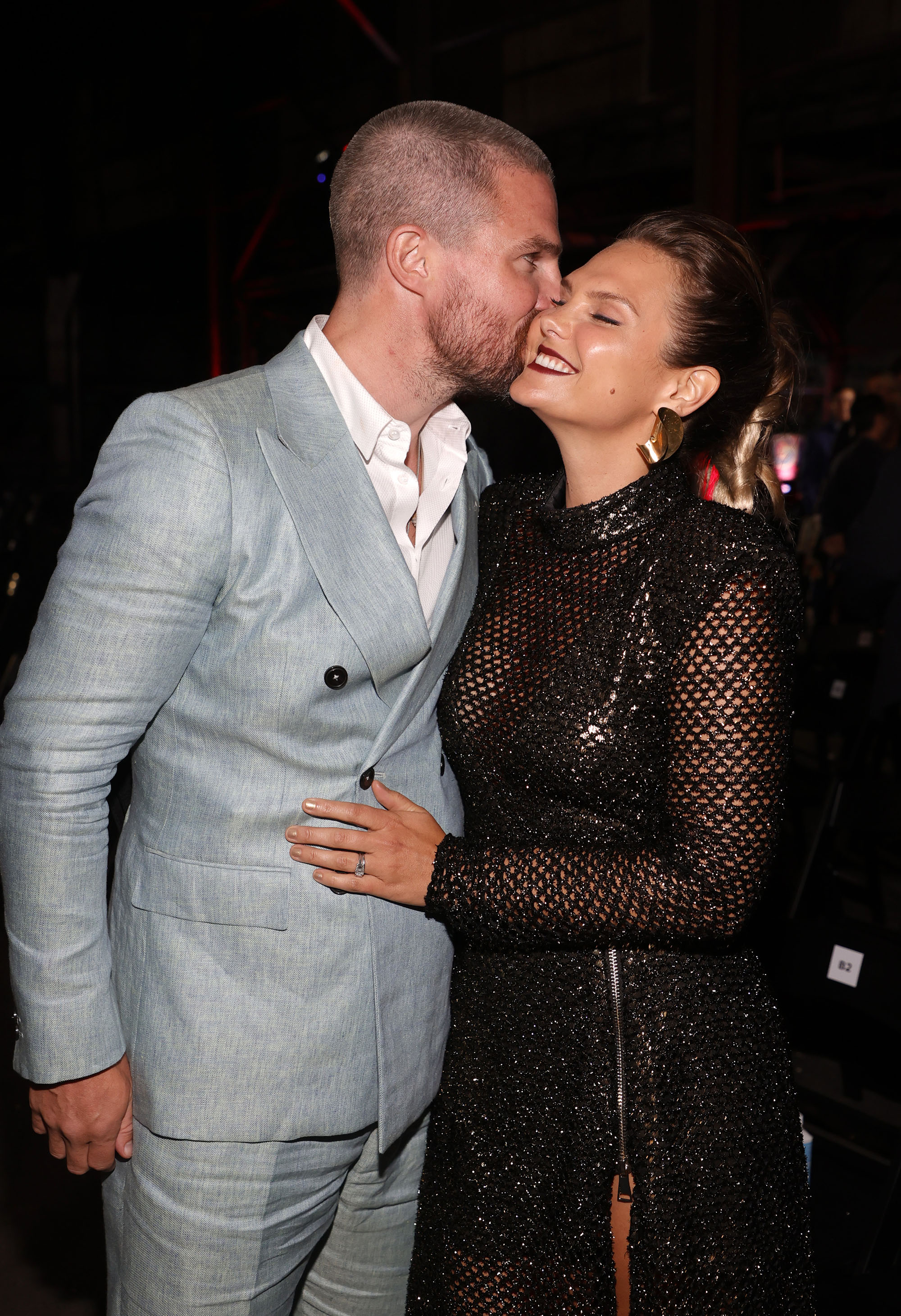 Stephen posted a photo in July of him firmly embracing his wife, which he captioned, “Married my friends yesterday. Kissed my bride later.”

Cassandra reposted the same picture and captioned it, “Action shot.”

It seems the actors, who have been married for nearly nine years, have worked out their differences.

In June, Page Six exclusively reported that Stephen was booted off a plane flying from Austin, Tex., to Los Angeles for allegedly screaming at Cassandra while appearing drunk. 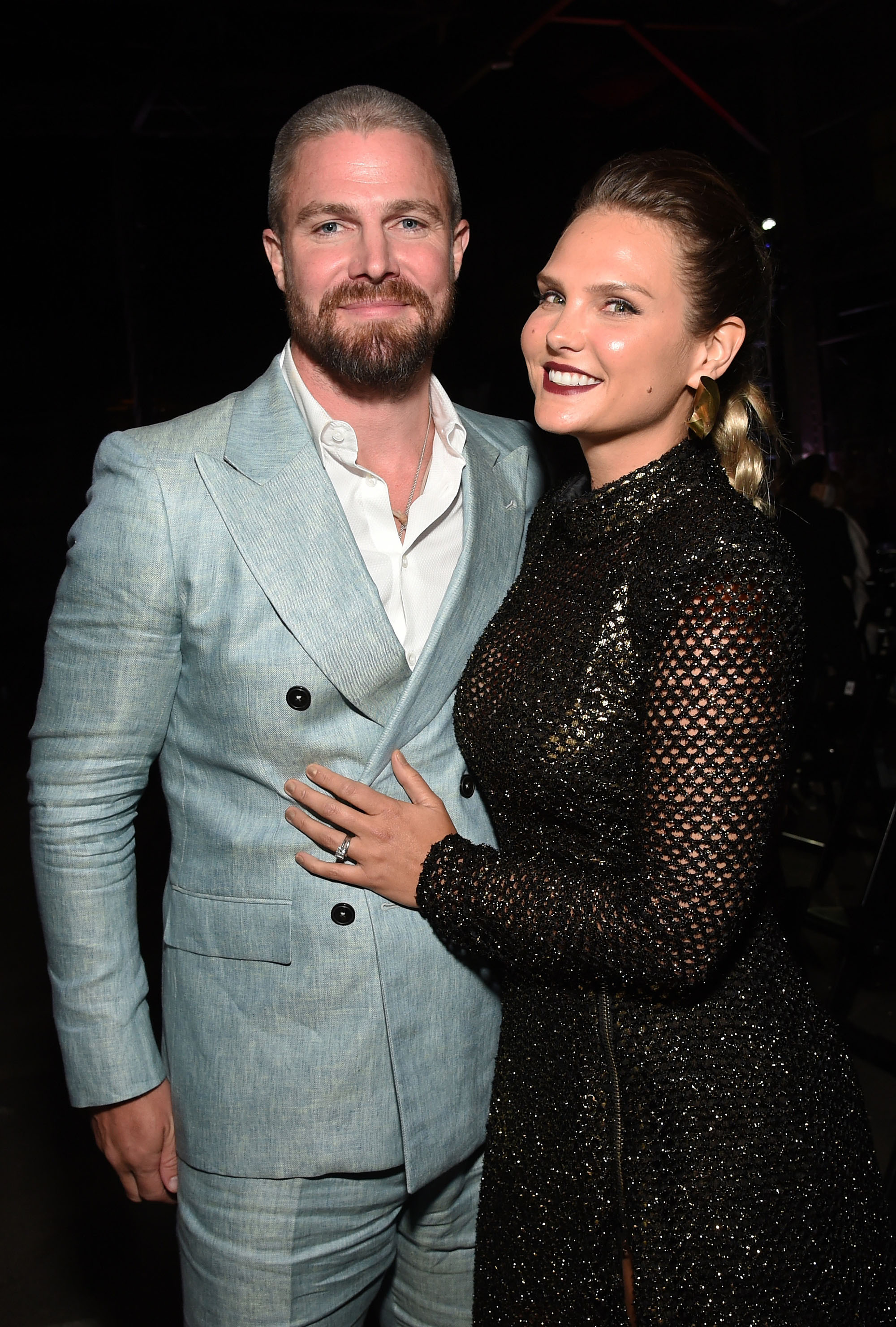 The “Code 8” star then copped to the incident and issued a statement on Twitter.

“My wife and I got into an argument Monday afternoon on a Delta flight from Austin to LA. I was asked to lower my voice and I did,” he said at the time. “Approximately 10 minutes later I was asked to leave the flight. And I did so immediately. I was not forcibly removed.”

Stephen then diminished his actions in the alleged altercation, concluding, “I let my emotions get the better of me, end of story. Must be a slow news cycle.”