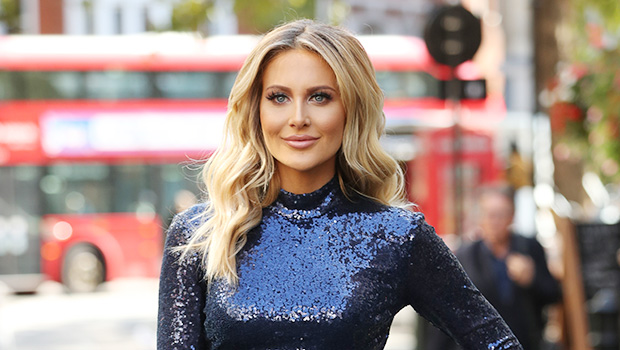 Stephanie Pratt will be on ‘The Hills’ reboot when it hits the air in 2019, but as she EXCLUSIVELY tells HollywoodLife.com, there were many ‘difficult’ times when she just wanted to bail on the show and head back to London.

“It’s been a whirlwind,” Stephanie Pratt, 32, said when describing her life to HollywoodLife.com during an EXCLUSIVE chat at her MeMe London Jewelry Launch party in Los Angeles. The Hills OG will be part of the 2019 reboot, The Hills: New Beginnings. From the sounds of it, her time on the show has been less a happy reunion and more of a dramatic nightmare, as she says “there have been some really difficult times” during filming.

“I would say the beginning of this series was very hard for me,” she tells HollywoodLife.com. “There were many times in the first half where I had a suitcase out ready to go back to London. … I have a one-way ticket back so after Christmas, I’m going to go back. I’m not fully here [in LA] yet. I thought filming The Hills would definitely make me want to plant my feet here, but this series has just been like, ‘Do I really want to hang out with these people?’ “

While Lauren Conrad and Kristin Cavallari have opted to not come back, Brody Jenner, Audrina Patridge, Holly Montag, and Stephanie’s brother, Spencer Pratt will return. Does Stephanie want to hang out with any of thee people? “Some of them. A lot of them,” she told HollywoodLife.com. “It’s just that LA fakeness I don’t get in London. It’s very surface here and people aren’t upfront and I’m very upfront and that’s not going over well with the cast. If I were to do a pros and cons list, just seeing how this [jewelry] line goes in the store would be the decider.”

“I love the show,” Stephanie added. “It’s really hard at times.” When asked if she has any regrets doing The Hills, she seemed to be on the fence. “If you asked me yesterday I’d say yes. If you asked me right now I’d say no.”

“I really miss Kristin [Cavallari],” Stephanie told HollywoodLife.com. “I feel like if she was on this series we’d be super in it together because she’s no bullshit. She doesn’t want to hang out with fake people. I don’t hang out with fake people. We’re just real. I miss having another real person because sometimes it feels like people don’t like to keep it real here and everyone’s protecting their image, but you signed up for a reality show.”

The Hills: New Beginnings is slated to debut in 2019.