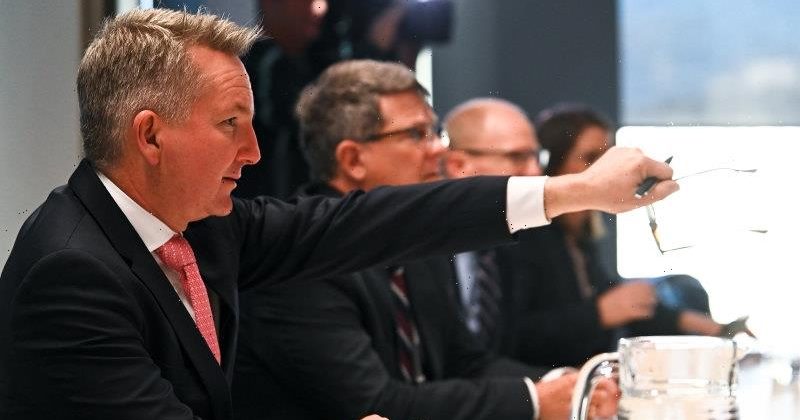 Australia’s energy ministers have signed off on plans for sweeping reforms for a national transition plan to phase out fossil fuels, fund projects to bolster the electricity grid through all weather conditions and empower the market operator to hold emergency stores of natural gas.

Federal and state energy ministers held crisis talks in Sydney on Wednesday to respond to the surge in coal, gas and electricity prices gripping householders and industry along the eastern seaboard. 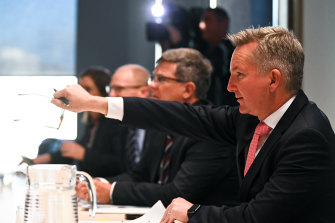 Federal Energy Minister Chris Bowen said state and federal governments had agreed, for the first time, to a national plan that would coordinate the shift from fossil fuel dominated energy systems to net zero emissions.

Bowen said the current crisis was a “result of poor planning and a previous government which didn’t see the opportunity [in] renewable energy”.

Wholesale power and gas prices have been surging amid a burst of cold weather hiking demand for heating, a series of outages at coal-fired power stations forcing gas-fired electricity to fill the gap, and spiking fuel prices because of the war in Ukraine.

While all states and territories have already committed to reducing emissions in their power grids and hit net zero by 2050, governments, industry leaders and experts have warned that a lack of centralised planning risked supply imbalances and price shocks.

“We agreed to work towards and to progress in the lead up to our next meeting in July a National Transition Plan,” Bowen said, adding that there was a “real spirit of consensus in the room”.

The ministers agreed to empower the Australian Energy Market Operator to procure gas on the open market and keep it in storage facilities already in place around the country and release it during shortages.

Energy Security Board chief Anna Collyer, the Commonwealth’s chief energy policy adviser, briefed the meeting on a “capacity mechanism”, which would reward energy projects for guaranteeing power supplies that can be called upon when needed, rather than only paying them for the power they produce.

The policy is aimed at encouraging investment in so-called “dispatchable” power projects including fast-start gas plants, big batteries and pumped hydro, but has raised concerns among environmentalists and the Victorian government because it may also prolong the life of fossil fuels in the energy market.

Speaking to media after the meeting, Bowen said the capacity mechanism was a “matter of urgency” and a draft policy would be prepared by the Australian Energy Market Operator “imminently”.

He would not be drawn on the inclusion of coal in the capacity mechanism, or if states had disagreed over this issue, but said he thought the “principles are pretty clear that it should support new technologies” – which would mean pumped hydro and batteries.

Last year, Victorian Energy Minister Lily D’Ambrosio said she was “drawing a line” under any market revisions that would result in payments to existing coal and gas generators merely to be idle but available.

“What’s important here, of course, is that … there is a real need for conversation around how more gas can be released domestically,” she said.

Alinta, one of the largest Australian energy companies and owner of the Latrobe Valley’s Loy Yang B coal-fired power station, on Wednesday said the severity of the east-coast energy crunch meant the reform must be introduced more urgently than the previously targeted start date of 2025, and should be extended to coal plants.

“Bring it forward,” Alinta chief executive Jeff Dimery told The Age and The Sydney Morning Herald. “In the current market, the consequences to us of not being there are dire.”

Origin Energy chief executive Frank Calabria has also called for ministers to consider an earlier introduction of the capacity mechanism than 2025.

“I think these events, as stark as they are, should remind us that we want to have more resilience in the system as we go through this,” he said.

“I do get that the design is important … but I just think they’ve got to do that on the basis that as soon as they finish that design and implementation, the sooner investments can be made with confidence.”

Calabria said the capacity market should be focused on new investment, but he was “happy for [the inclusion of coal] to be in the debate”.