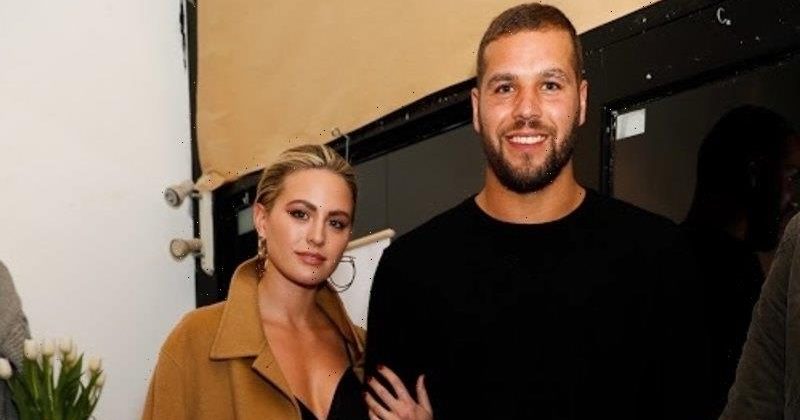 Sydney Swans star player Lance “Buddy” Franklin was keeping his eye firmly on Saturday’s AFL grand-final prize this week, keen to avoid any chance of being drawn into the racism scandal that has engulfed his former team Hawthorn.

The lead-up to a grand final is normally an opportunity for a publicity blitz for a player of Franklin’s calibre, especially given his news of re-signing to the team for another year. 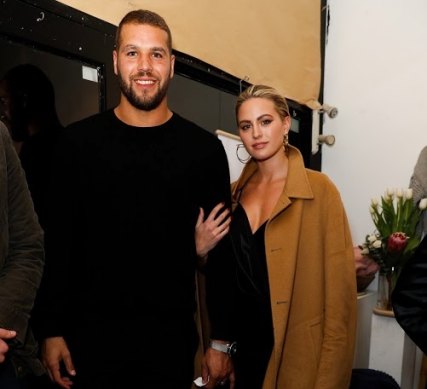 But Franklin, a proud Indigenous sportsman who played for Hawthorn from 2005 to 2013, was keeping well clear of any link to this week’s scandal, which threatened to overshadow Saturday’s big game. Media outlets from across the country have been keen to hear from Franklin ever since the controversy broke.

PS hears Franklin was advised to avoid making any comment, at least until after the grand final, advice also being heeded by his wife Jesinta.

Franklin played for Hawthorn during the same period as when unidentified First Nations players claim the AFL club demanded they separate from their partners, and pressured one couple to terminate a pregnancy for the sake of the player’s career.

Franklin’s wife, former beauty queen turned devoted mother-of-two and celebrity fashion influencer Jesinta, an inveterate media player, was keeping out of the spotlight, too. She opted to keep her messaging strictly to her own social media channels, posting images of her heavily styled arrival into Melbourne – replete with designer sponsor plugs – and cute shots of their toddlers, Tallulah and Rocky, regularly seen decked out in mini Swans jerseys. 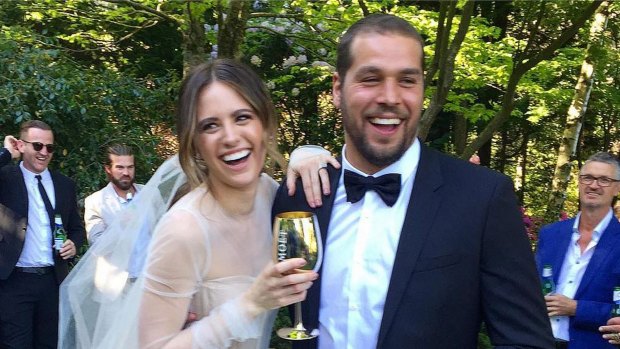 Jesinta and Lance “Buddy” Franklin on their wedding day in 2016. Credit:Instagram

The golden couple started dating a decade ago, finally tying the knot in 2016, and along with Franklin’s multimillion-dollar AFL career, they have become some of the country’s highest-earning social media influencers and brand ambassadors.

Ever since she was crowned Miss Australia and appeared on Celebrity Apprentice, Jesinta Franklin has shown a keen eye for business. In July, it emerged that the 30-year-old had completed the AFL Players’ Association’s accreditation course in an application for official AFLPA registration.

Once registered, it means she can represent her husband, Lance, in ongoing contract negotiations, though how much longer he is keen to play beyond next year is anyone’s guess.

Away from the field, they can earn seriously big bucks via their various sponsorship deals – in the many tens of thousands of dollars – just for turning up to a party together and posting about it to their hundreds of thousands of followers on social media.

They’ve also been active on the heady Sydney property ladder, buying and selling multimillion-dollar homes, and while they currently live in a luxury $5 million apartment in Rose Bay, there has been chatter about them looking for a $10 million house for their growing family. 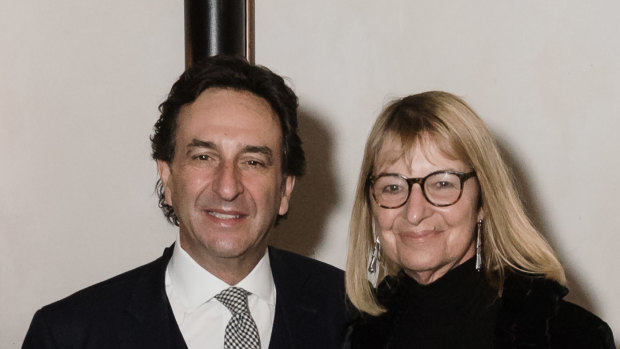 Stan Sarris and wife Judy at a social event in 2019.Credit:Estaban La Tessa

Sarris did not respond to PS’ queries this week, but just hours after sending questions about the licence being revoked, his magazine’s social media feeds rebranded themselves as Wine, dropping any reference to Gourmet Traveller Wine. 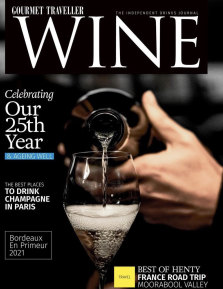 Senior executives within the company have privately expressed their increasing concerns at fallout from Sarris’ financial woes impacting goodwill towards its own Australian Gourmet Traveller magazine, of which the wine publication was originally an offshoot.

In July, PS revealed Sarris, a renowned epicurean, was about to kiss his beloved and expensive terrazzo floor in Surry Hills goodbye, as Gourmet Traveller Wine quit its sumptuous, purpose-built digs – complete with lavish wine-tasting salon and the finest stemware – to downsize in semi-industrial Rosebery.

Once celebrated as a food-and-wine pioneer in Sydney during the heady 1990s and early 2000s, thanks to his feted Banc and GPO developments, Sarris – a former business partner of Rodney Adler – and his wife Judy are long-term fixtures on the Sydney cocktail circuit.

But just as he did when the ambitious GPO project failed 20 years ago, in more recent times they have staved off financial ruin. More than a year ago, creditors voted in favour of Sarris’ schedule of payments after more than $1 million worth of debt crippled the publication, leaving many former employees and contractors out of pocket thousands of dollars.

While creditors had accepted a deed of arrangement to be paid 10 cents in the dollar, Sarris blamed the pandemic on missed payment instalments. He most recently managed to convince creditors to support a new payment plan effectively giving the business more time to pay, though some creditors, including the Australian Tax Office, have raised serious concerns about the company’s ability to pay, given it is no longer entitled to use the Gourmet Traveller Wine brand.

As the second anniversary of St Vincent’s Hospital buying and shutting down one of Sydney’s oldest gay pubs, the Green Park in Darlinghurst, draws closer, neighbouring businesses and locals alike have been questioning what is to become of the local landmark, which today remains shuttered and forlorn. 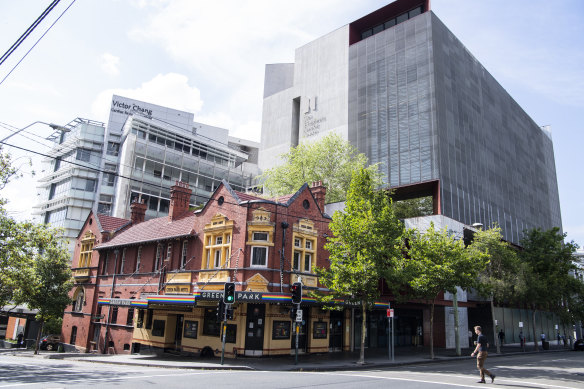 But hopes the hospital had dropped plans to convert the pub into a mental health clinic and reopen it as a bar were dashed this week when a hospital spokesman said planning delays had slowed down the hospital’s plans, which remain very much in play.

As for the bustling surrounding cafes and restaurants, which once depended on the popular watering hole for passing trade, the area looks like a ghost town.

Two Good and getting better

There are plenty of worthy causes in this town, but none worthier than the Two Good social enterprise, started in 2015 by a group of volunteers in a Sydney soup kitchen, which has helped turn around the lives of dozens of this city’s most vulnerable women, including single mum Chrissy. 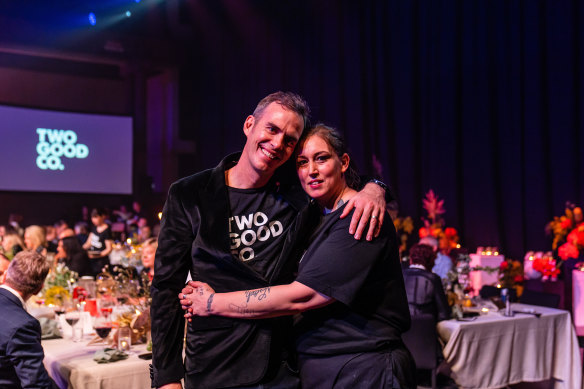 Her bubbly and seemingly confident demeanour conceals a heartbreaking past, which she bravely shared with 220 Two Good supporters at Thursday night’s annual fundraiser dinner, that thanks to billionaire patron Judith Neilson – who matched dollar-for-dollar what was donated over dinner – raised half a million dollars. 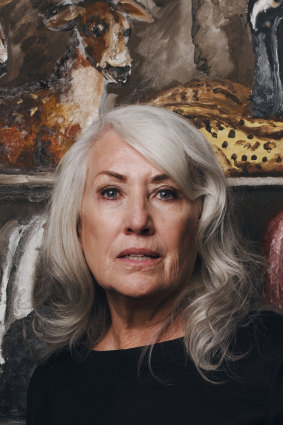 Chrissy had a troubled childhood. She was pregnant by the time she was 13, had a series of damaging relationships, and ultimately lost her children when her chronic drug addiction took control of her life.

“I was in a terrible, dark place and I really thought I would never get out of it, I had lost all hope,” she said through tears.

Two Good offers women in Sydney’s refuges a six-month program to learn the ropes working in a commercial kitchen and, more importantly, to rebuild their confidence and self-worth, while cooking quality and nutritional meals, with each one purchased paying for the same meal for a woman, and often her children, living in a refuge.

After completing the Two Good program, Chrissy has now landed a job working in one of Sydney’s big hotels. She has also re-established regular contact with her children, is working towards financial independence and “takes pride” in her work. She has a sense of purpose and a brighter future.

Two Good founder Rob Caslick says this year, 38 women are due to take part in the Two Good course, and while not all of them will graduate – for various reasons – the successes far outweigh any losses. Next year he is hoping to develop the program to include 60 women, with plans to open another commercial kitchen beyond the facility in Redfern and the recently opened Two Good cafe in Darlinghurst.

But his ultimate goal is to expand Two Good across Australia, and one day include programs for men, with an idea to develop farms that would grow the produce for use in its kitchens.

So, in a city that boasts Australia’s greatest number of billionaires, surely there’s some loose change lying about to help make this happen? The results speak for themselves.

The Opinion newsletter is a weekly wrap of views that will challenge, champion and inform. Sign up here.