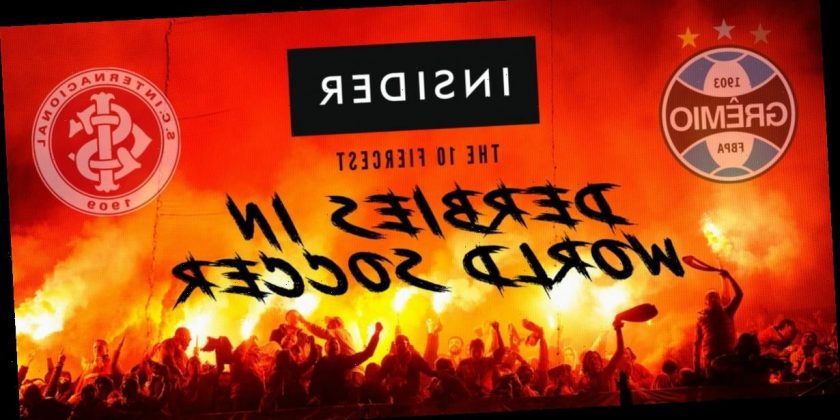 Brazil's most intense soccer derby, which is played between Gremio and Internacional and is known as "Grenal," was originally drawn upon class lines.

Gremio, the oldest of the two Porto Alegre clubs, was founded in 1903 by rich soccer enthusiasts and acted as a private members only club for those of German ancestry, according to FourFourTwo.

Internacional was founded six years later by a group of Italians as a club of the people.

The two sides met for the first time in July 1909 in front of just 2000 people with Gremio emerging as 10-0 winners — the biggest ever margin of victory in Grenal history.

In the 424 clashes that have followed however, it was been Inter who have proven themselves the better side more often, winning 156 times to Gremio's 133.

The fixture is often associated with violence, both on and off the pitch 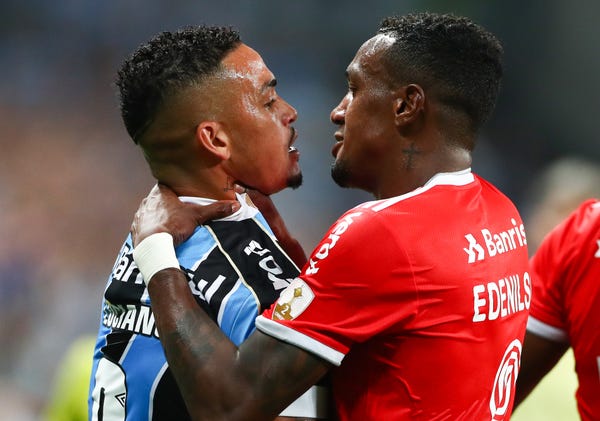 Grenal's first and most serious ever violent incident happened in 1918, when after a fight between the two sets of fans broke out, a man named Manoel Costa drew a knife and stabbed Inter midfielder Ribas in the abdomen.

Costa was escorted to jail and the match was called off and played three weeks later.

In the two side's most recent meeting earlier this month — their first ever in the Copa Libertadores — eight players were shown red cards after a brawl between the players erupted late on.

Players from both sides attempted to kick and punch one another, whilst others were dragged and pinned to the ground in MMA style holds. Staff, including Gremio boss Renato Portaluppi, also became involved.

That being said, it's also renowned for its thrilling entertainment

In the 424 meetings between the two sides, a total of 1137 goals have been scored, which is an average of 2.7 per match.

Inter's 6-0 thrashing of Gremio in 1938 and Gremio's 4-2 win in 1984 are amongst the fixture's classic encounters, however the most famous is the "Grenal of the Century" in 1989, in which Inter hosted Gremio in the second-leg of the Brazilian Championship semifinals.

The clash had added spice due to the fact the two sides had seen out a goalless draw in the first leg, meaning there was everything to play for at the Beira-Rio Stadium.

Gremio took the lead just 25 minutes in through Marcus Vinicius, and looked to have victory all but sealed just before half-time when Inter's Casemiro was shown a red card.

Against the odds however, and in sweltering 40 degree heat, the 10 men of Inter turned it around after the break, with a brace from top scorer Nilson securing its place in the competition's final. 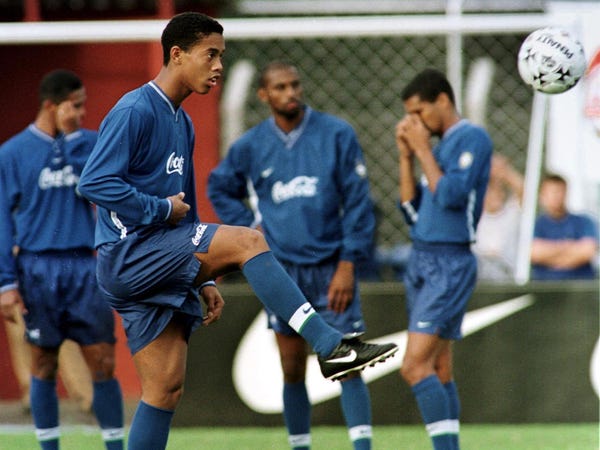 Classic derbies often birth heroes, and in the case of Grenal, there have been many.

Inter's include the the fixture's top ever goalscorer, Alberto Zolim Filho, better known as Carlitos, who managed 38 strikes in 58 games to help guide the club to 10 state championships in the 1940s and 50s.

Argentine striker Jose Villalba is also fondly remembered by Inter fans for his Grenal haul of 21 in the 1940s.

For Gremio, Ronaldinho, though now loathed by many fans for leaving for Paris Saint Germain on a free transfer in 2001, is a legend of the fixture thanks to his stellar performance and match winning goal in the 1999 state final.

Goalkeeper Eurico Lara — who, according to legend died of a heart attack after saving a penalty taken by his brother, who played for Inter in 1935 — is also considered one of Gremio's greatest ever Grenal heroes.

Gremio and Inter are dual like Yin and Yang 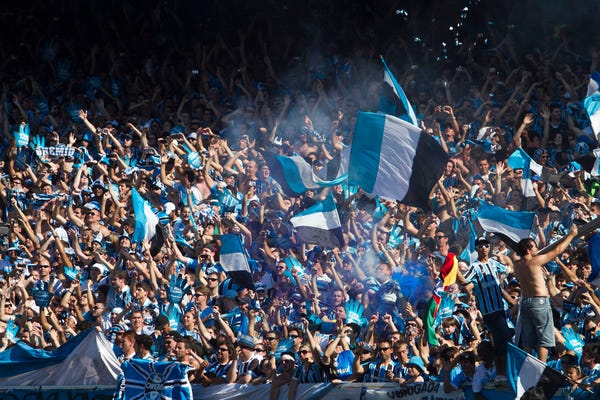 According to Jeremias Wernek, a sportswriter from Rio Grande do Sul, the state in which the two teams reside, the fixture is special because the two teams are like yin and yang.

"Rio Grande do Sul has the firm positioning of its citizens as a cultural mark", Wernek told The Sportsman. "Either you are this or that, either left or right, either Brizola or Pedro Simon [two local political heavyweights].

"In this context, Gremio and Internacional complete each other. Neither Gremio nor Inter is bigger, but the Gremal is the greatest product of Rio Grande do Sul."