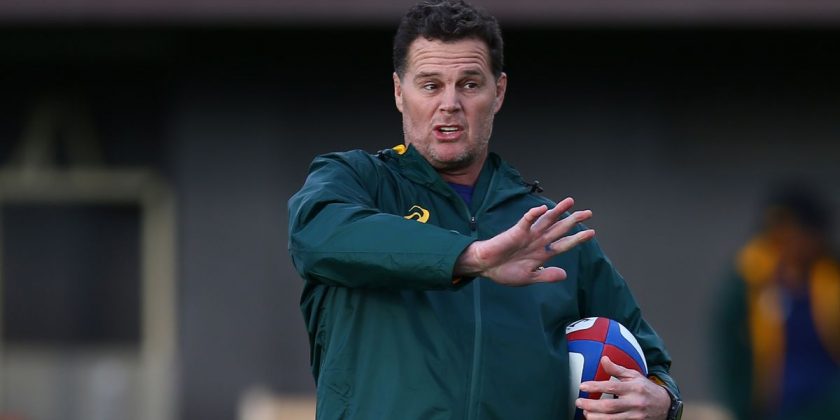 Rassie Erasmus’ Springboks insist they do not need to be reminded of the nation’s darkest rugby hour to protect them against complacency.

Erasmus has named a power-packed line-up to take on injury-plagued England at Twickenham tomorrow (Sat).

Their forward unit boasts four giant locks and 293 caps worth of experience – compared to England’s 165, of which Dylan Hartley accounts for all but 72.

Their back row trio of captain Siya Kolisi, Duane Vermeulen and Warren Whiteley have 100 Test appearances between them – compared to 10 for their England counterparts.

No wonder Boks legend Joel Stransky described them as a “formidable outfit, men possessed and on a mission”.

Yet history reminds the tourists that on one of their most recent games on English soil they were humiliated as never before by a Japan team coached by none other than Eddie Jones.

“Eddie is a smart coach, he knows a lot about South Africa,” Erasmus acknowledged. “He’s beaten the Springboks with Japan, he knows our players and our playing style.

The 34-32 victory for the Brave Blossoms in Brighton remains the World Cup’s greatest ever shock.

But Whiteley maintains that this playing squad is not haunted by the ghost of the South Coast – and does not need such a painful memory to sharpen minds ahead of their Twickenham date.

“We are wise enough to know that we need to be the best that we can be,” he said. “We have been through hard times over the last couple of years.

“We know we need to be on top of our game on this tour, that we will be tested and that it will not be easy. We need to be at our best, there is no doubt about that. It will be a huge challenge this weekend.”

Pressed on The Brighton Miracle , as a film of the match currently in pre-production has been called, he said: “As a South African, as a rugby supporter and as a fan, it is something you will remember.

“But I am not going to sit in my room and think of the Japan loss as a motivation for this weekend. Collectively it is about this group moving forward.

“This is our first time as a new group on a northern hemisphere tour and we want to be better than we were in the Rugby Champ.

“We had some really good games and really good moments but we want some consistency. That starts this weekend.”