Spooktacular! Kylie Jenner got into the Halloween spirit early, debuting her monster-inspired costume days before the official holiday. 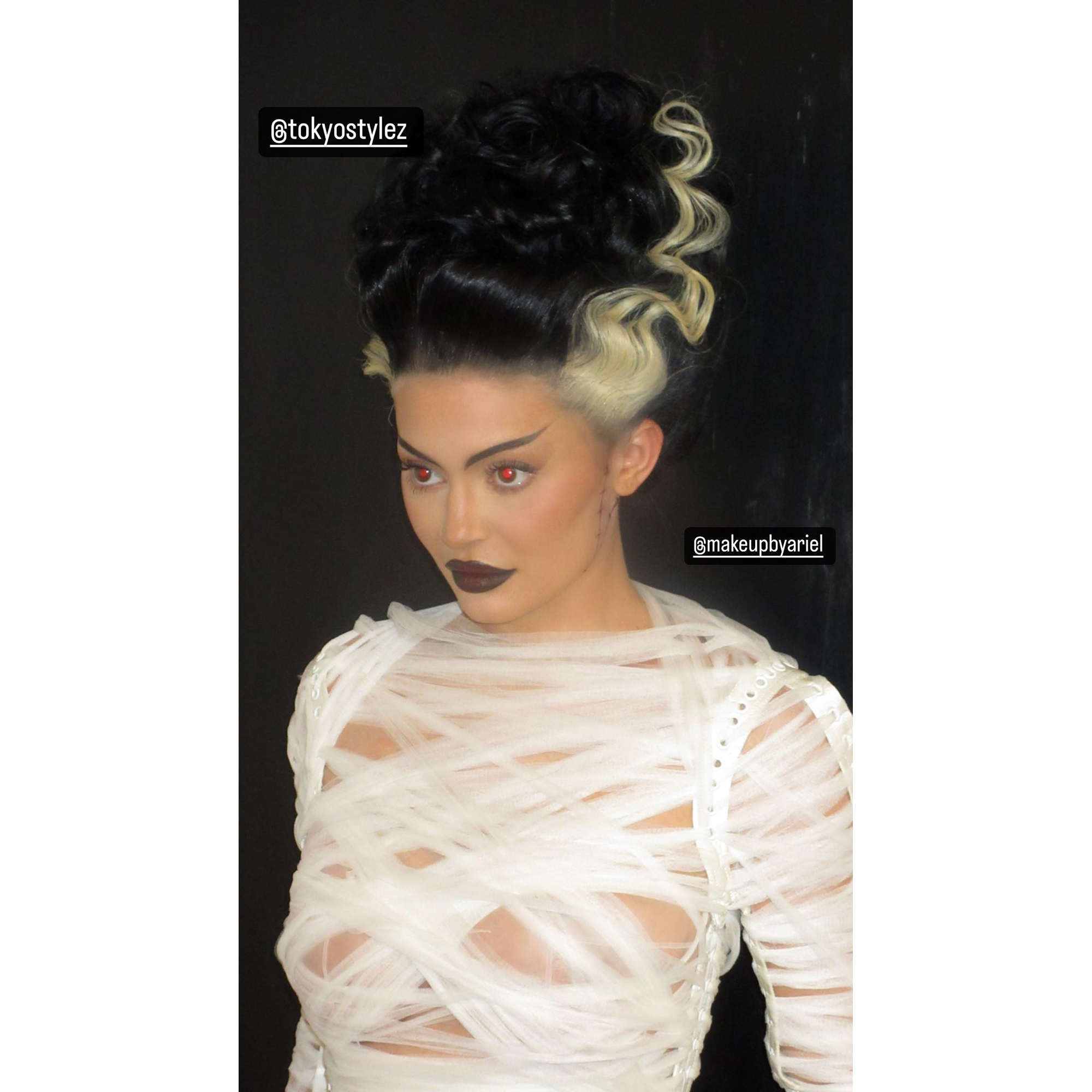 The Kylie Cosmetics founder went all-out with the ensemble and the staging. Jenner wore a full mummy dress and sported the iconic black hair updo with a white streak to match the 1935 horror film. She even had a line of stitches across her chin to resemble the sewn together creature.

The Kardashians star finished the look by posing on Frankenstein’s table in a badly lit room. The eerie photo transported fans into the classic movie, which featured Boris Karloff as The Monster and Elsa Lanchester as his mate.

“Oh damn!!!!” sister Khloé Kardashian commented on the snap. Heather Sanders also gushed over the ensemble, writing, “KYLOWEEN We are ready for it !!! 😍🔥.”

Jenner’s Bride of Frankenstein costume reveal came weeks after Hailey Bieber (née Baldwin) gave fans a sneak peak of the makeup mogul dressed as the Wicked Witch from The Wizard of Oz.

The Arizona native, 25, didn’t give any context when sharing the photo with fans on October 12, which showed Jenner in green makeup and a sexy black witch outfit. 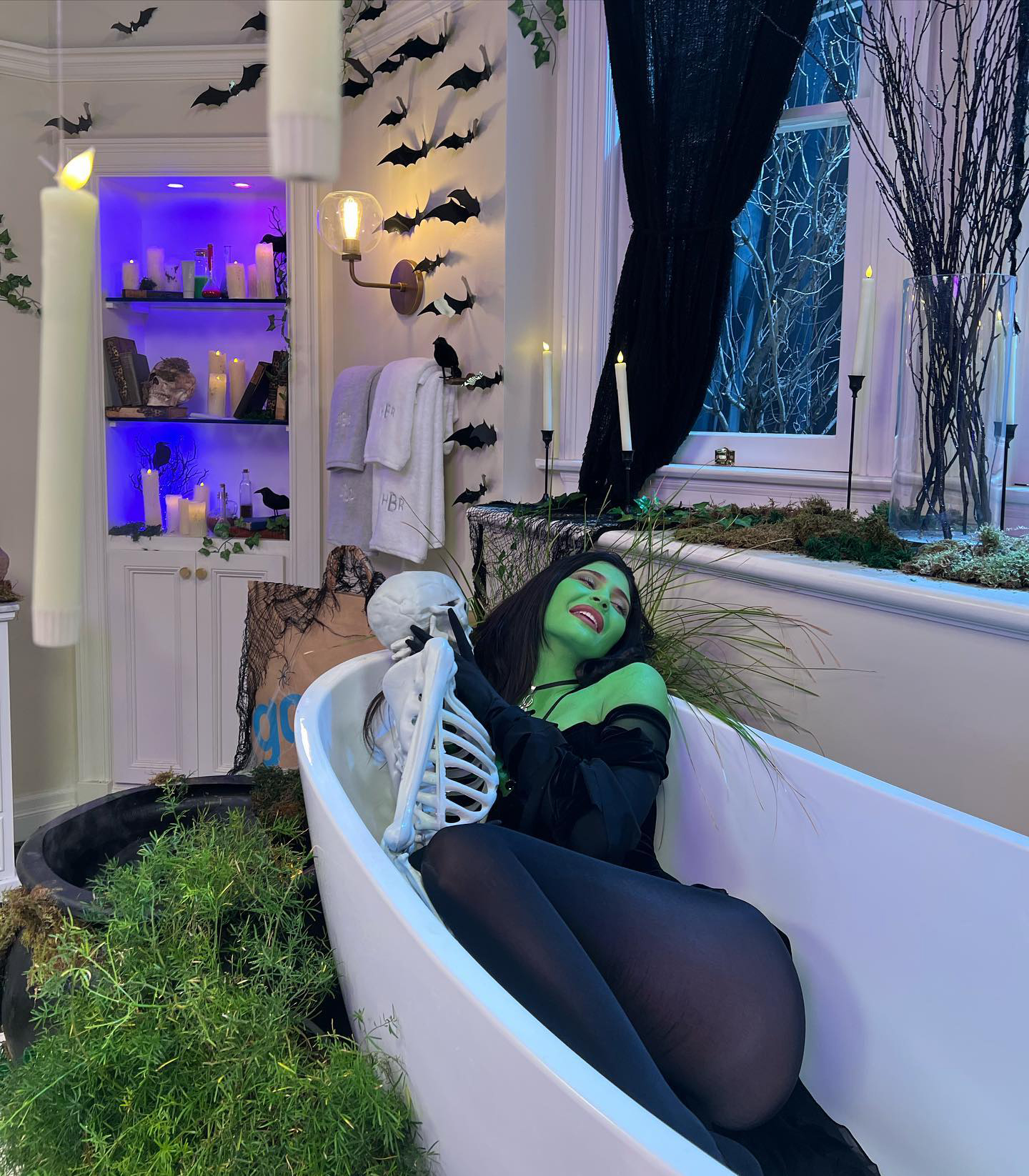 The former E! personality held onto a skeleton in the snap while lying in a bathtub. The room was filled with bat decorations, candles that hung from the ceiling and a cauldron.

The Kylie Skin entrepreneur later posed for a selfie with Bieber — in which both women had green face makeup and appeared to be gearing up for Halloween.

Neither Bieber nor Kylie gave any more details about their joint costumes, but some fans speculated that it could be tied to the Rhode founder’s “Who’s In My Bathroom?” YouTube series.

The Life of Kylie alum, for her part, is no stranger to over-the-top Halloween outfits. She famously dressed up as a “grown up” Little Mermaid in 2019 and followed it up with a Red Power Ranger look in 2020.