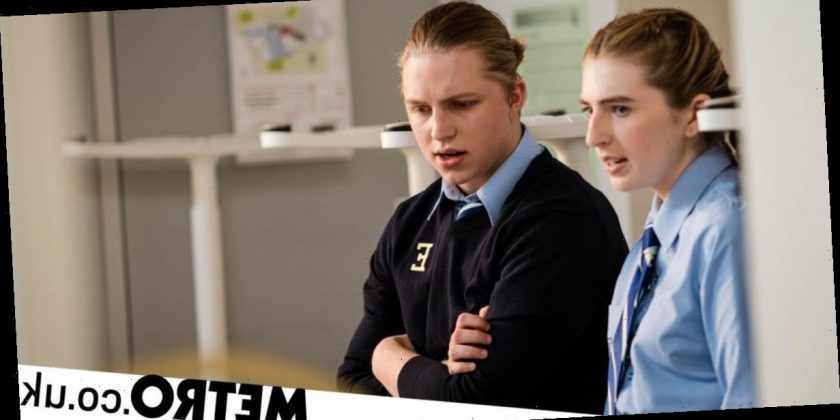 Mackenzie (Georgie Stone) and Richie (Lachie Miller) are just the absolute cutest Ramsay Street couple and now they are ready to take things to the next level in Neighbours.

Everyone is rooting for these two, they’ve been through a lot in their relationship, from surviving Richie’s betrayal over Shane’s drug addiction, to him romantically declaring his love at Mackenzie’s hospital bedside. They’ve been through it all.

Now Richie is ready to consummate their relationship, but is Mackenzie?

The thought of them finally being together makes her feel excited, but also smacks her with nerves. She wants it to happen but all of her insecurities are bubbling under the surface.

But she decides that as she is madly in love with Richie, she really wants to go ahead. Just as they start to get physical, her nerves get the better of her and she brushes him off, but instead of being honest about what’s really bothering her, she tells him it’s the pressure of exams.

She later comes clean to Roxy (Zima Anderson) and leans on her for advice – what should she do to make this happen?

Roxy carefully advises Mackenzie to talk to Richie, tell him about her fears and doubts about having sex for the first time. While Mackenzie seems to listen, secretly she fears that she’ll lose Richie if she doesn’t go through with it.

Mackenzie ignores Roxy’s advice and makes a plan; she decides she’s just going to forge ahead and sleep with Richie at Schoolies regardless of her nerves. But is she about to make one big mistake?