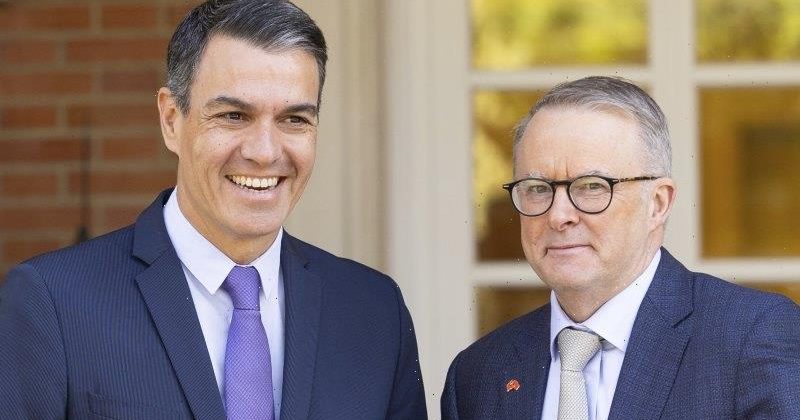 Madrid: The federal government is being urged to overhaul a $44 billion program to buy a new fleet of British frigates after long delays to their delivery, prompting Spanish defence giant Navantia to step up its offer to supply three air warfare destroyers to fill the gap.

Navantia has promised federal officials it can build the three guided-missile warships by the end of this decade at a cost of $2 billion each to give Australia more firepower in the Indo-Pacific region. The warships have a similar design to three destroyers the company built in Spain and South Australia last decade. 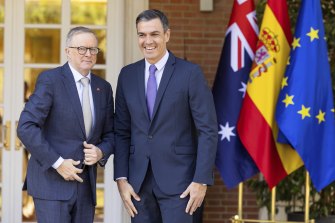 Spanish leader Pedro Sanchez raised the issue with Prime Minister Anthony Albanese in their meeting in Madrid two weeks ago, but the Department of Defence is yet to decide how to respond to the delays in the frigate program at BAE Systems in Glasgow.

Navantia director of technology Donato Martinez Perez de Rojas said the company could fill the capability gap caused by the BAE delay because it had a proven design already in use in Australia and could start construction quickly if political leaders made the decision.

“Should you think that you have a capability gap that is going to happen in the next 15 years, we have a ship that meets the Australian requirements,” he said in an interview.

As a state-owned company, Navantia has the backing of the Spanish president for the Australian bid and is pitching to start work within months so it could deliver the first ship in 2027 and the third in 2029. 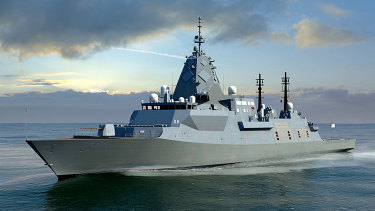 A concept drawing of BAE Systems’ planned frigate for the Royal Australian Navy.Credit:

The Navantia destroyers have a displacement of 7000 tonnes and carry 48 guided missiles, while the BAE frigates weigh 10,000 tonnes, due to changes in their design since the original tender, and carry only 32 missiles.

An overhaul of the BAE contract has been discussed for months after officials confirmed the frigates, called the Hunter class, would be heavier and slower than first planned, a key problem for a vessel meant to hunt submarines.

Defence deputy secretary Tony Dalton said in February the frigates were a “high-risk program” when questioned in Senate estimates about a leaked review from his department that revealed the concerns about weight and speed. 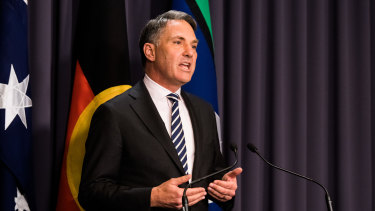 Dalton told Senate estimates “we haven’t been asked to look at a plan B”, but Labor severely criticised the frigate program in opposition and must now decide on how to respond to the delays under former defence minister Peter Dutton.

Defence Minister Richard Marles said on July 6 the frigates would be the “centrepiece of our surface fleet”, and that he would work with BAE to make sure they were delivered.

Defence Industry Minister Pat Conroy warned as opposition spokesman last year that the “mismanagement” of the program put Australian security at risk. Both are aware of the Navantia bid.

Navantia has based its proposal on estimates that the first frigate on the quay in Glasgow is mostly empty, the program is at least four years late, the first ship may not arrive until 2035 and the last of the nine vessels will not be delivered until 2050.

Martinez, a naval architect who was the managing director of Navantia in Australia when the company lost the frigate contract to BAE in 2018, said: “Anything that we do is not trying to harm in any shape or form the decision that was made on the frigates.

“But what we see is that the program is not running in accordance with the original plan.

“They have some blocks, not the complicated parts of the ships, under way in Glasgow. Nobody builds an empty half – normally, the blocks are fully equipped, and you start joining them. My analysis is that there is a weight issue with the ship. They are trying to fix it.”

The options for Australia include continuing the frigate program or replacing some of the frigates with destroyers made by Navantia.

The key issue is the amount of local construction. The three Navantia destroyers already in operation, called the Hobart class, were 60 per cent built in Australia, but the new proposal argues that most construction should be in Spain to save time. The proposal includes an Australian-made option and a “hybrid” with construction in both countries.

Asked why he claimed Navantia could build the destroyers so quickly, Martinez said: “We know how to build them. The material is the same. The combat system is the same. The critical part here is the complexity of the shipbuilding.”

The 48 “cells” in the vertical launch system (VLS) on the Hobart class are the principal offensive weaponry on the vessels and are in addition to eight anti-ship missiles. The existing three ships are expected to be fitted with Tomahawk missiles from Raytheon under the AUKUS alliance.

Two defence experts, Paul Greenfield and Jon Stanford, wrote in February that the BAE frigates would not meet Australia’s needs because they were late and underpowered.

“If the necessary design changes prove impossible, the government should move rapidly to cancel the Hunter and order more Hobart ships to an updated design,” they wrote.

“If nothing changes, the navy won’t deploy a single additional VLS cell for another decade.”