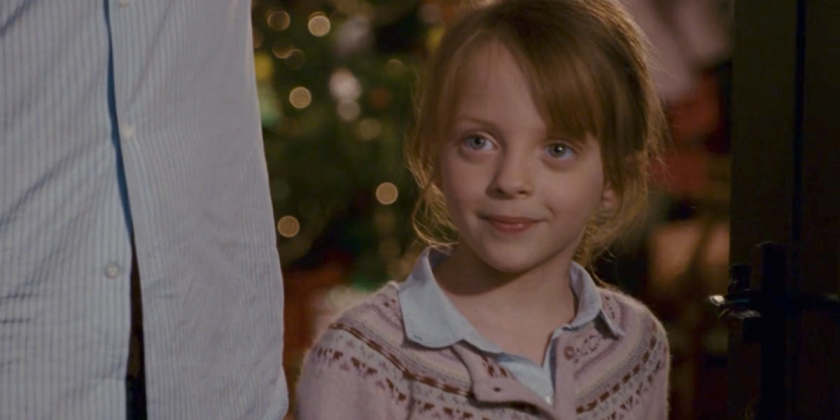 Twelve years after The Holiday charmed audiences, its stars Kate Winslet, Jack Black, and Jude Law are still doing just that. But, it’s worth asking where is Jude Law’s daughter from The Holiday now? Well, E! News recently tracked down Miffy Englefield, who played Sophie in the film. Not that it was all that hard. Hello, it’s 2018 and pretty much everyone has an Instagram. But, it’s possible fans of The Holiday might not recognize Englefield, who was just seven years old when she filmed the 2006 movie, all these years later.

Turns out, Englefield is now a "pint sized punk rocker that can probably eat spicier food than you," according to her Instagram bio. Englefield hasn’t acted much since The Holiday, taking a two-year recurring role in the medical TV drama Casualty starting in 2008 and appearing in the 2011 short film Beautiful Enough, according to her IMDb page, but that’s where the credits stop. Instead of appearing on camera, she has been busy building her music career.

Scroll through her account and you’ll find videos of Englefield, now 19, performing in clubs around England. Often, it’s just her and her guitar up on that stage. And even though her hair’s now black instead of blonde, and she has a lot more piercings then she did back in her Holiday days, you can still see little Sophie. It’s the eyes, clearly. The only real difference is she isn’t all that little anymore.

While she’s no longer the little kid who built pillow forts with Cameron Diaz and got a good laugh at Mr. Napkin Head, that doesn’t mean Englefield, whose real name is Rebecca, has given up on acting.

According to Romper, in an interview with OK! from a few years ago , Englefield said acting is "still something I’m ridiculously passionate about. I’d definitely love to work again in the acting world, the experiences I gained from the things I’ve done in the past were incredible and I’d love to carry it on."

Maybe even carry on by returning for The Holiday sequel? In 2015, the film’s director Nancy Meyers told Marie Claire UK that she’d be interested but she needed one of the film’s stars to weigh in. "That would be so interesting," Nancy told the magazine. ‘I’m gonna email Jude [Law] and [ask] “Shall we?”’

Luckily, Law had already said the year before that he would be interested in making The Holiday 2. "That’s a good idea," he told Glamour UK when they asked about the prospects of a sequel in 2014. "Yeah, [of] course! Absolutely."

So, what do you say Meyers? You ready? After all, in that same Marie Claire interview she revealed exactly where Law, Diaz, and Winslet’s characters would probably be now. "Jude and Cameron…I think by now they have kids, she’s probably living in London," Meyers said. "Kate is in LA, I think that’s maybe where I would take it." She might have to since her cottage from The Holiday is up for sale — kind of.

Meyers didn’t say where Sophie might be all these years later, but it’s about time fans got a chance to hang up with the now not so little girl. Who knows, maybe like Englefield, Sophie’s also gone punk rock since the last time we saw her.