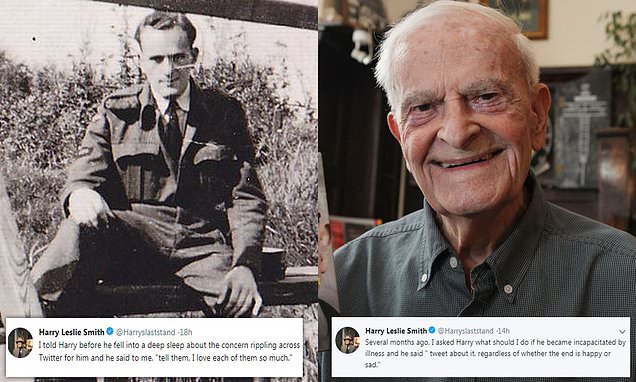 ‘Dad said to tweet even if the ending is sad’: Son of WWII veteran and author Harry Leslie Smith, 95, sends emotional posts from his ailing father’s hospital bed – and is flooded with messages of support

The son of WWII RAF veteran and author Harry Leslie Smith has been inundated with messages of support after he tweeted emotional updates from his ailing father’s bedside.

Leslie Smith, an author, campaigner and left-wing activist, suffered a fall while visiting his son John in Ontario and remains seriously ill in hospital.

Thousands of well-wishers, including Jeremy Corbyn, actress Mia Farrow and author Matt Haig and  have been following John’s tweets since his father was admitted yesterday morning and the hashtag #IstandwithHarry is currently trending. 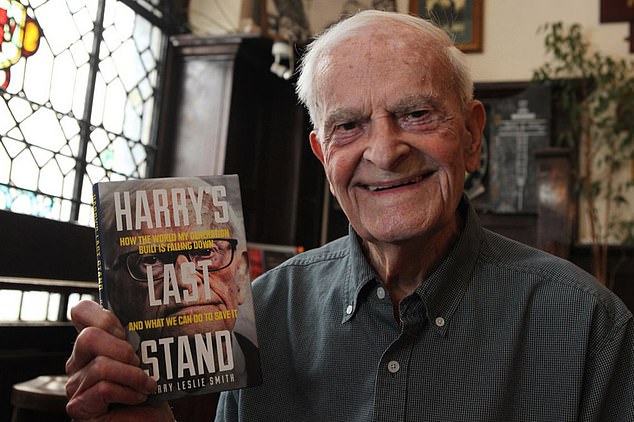 The left-wing activist has been flooded with support since his son John began tweeting yesterday about his father being gravely ill. John told Harry’s 239,000 followers that their messages have helped him feel less lonely while keeping vigil 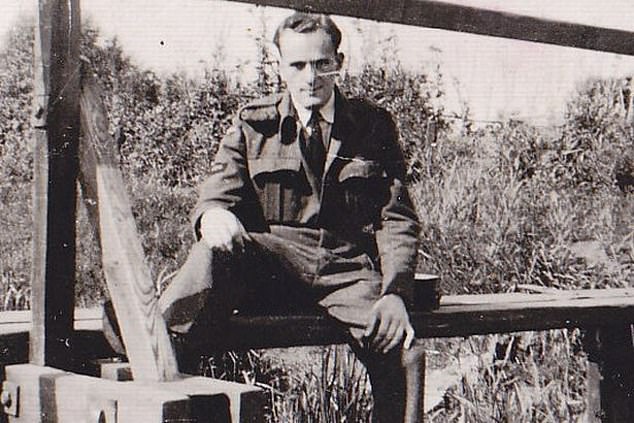 RAF veteran Harry Leslie Smith is critically ill in a Canadian hospital. His son John has been tweeting from the 95-year-old’s bedside about his condition following a fall yesterday

Born in Barnsley, South Yorkshire, Mr Smith served with the RAF in Germany and in recent years campaigned on behalf of the NHS.

His son John revealed that his father had told him to keep tweeting on his behalf, whatever the outcome of his condition.

He said: ‘Several months ago, I asked Harry what should I do if he became incapacitated by illness and he said “tweet about it, regardless of whether the end is happy or sad.”‘

And after revealing to his father the strong reaction to his illness on Twitter, he told followers, ‘he said to me, “tell them, I love each of them so much.”‘

While his father survived the night, his son clearly feared that his father’s last hours were close.

Last night he wrote from the account, @Harryslaststand: ‘I get the feeling that in this hospital room, tonight, I am watching history die here: my own, Britain’s and even Canada’s.’ 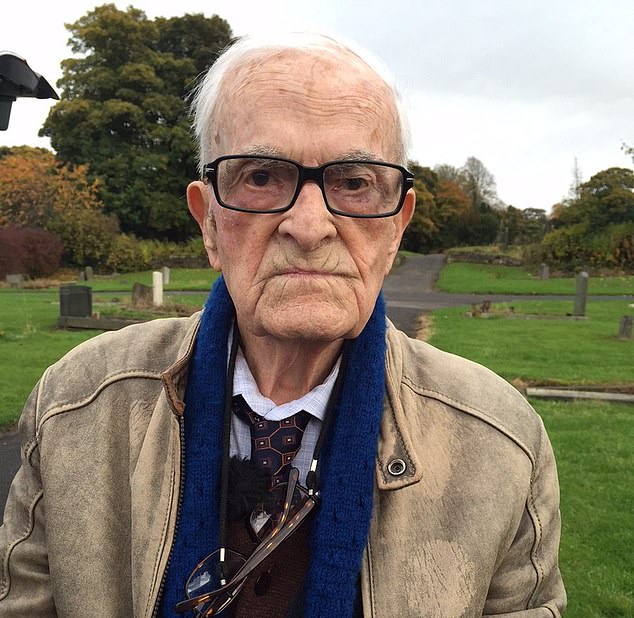 Smith’s Twitter profile shot up after he spoke at the 2015 Labour conference, telling the audience about life living in the UK before the NHS including the death of his sister at just ten from TB. 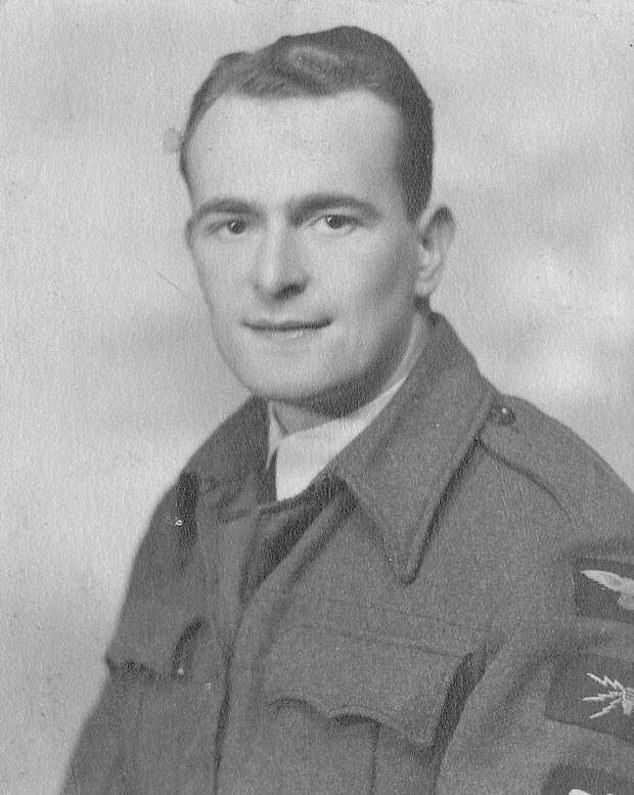 The political commentator grew up in poverty in Barnsley, Yorkshire before serving in the RAF in World War II

John told followers that he needed to tweet to distract him from ‘racing’.

This morning, en route back to the hospital, he wrote: ‘Thank you all for keeping vigil over Harry with me. It truly is less lonely this way for me.’

While offering medical updates, he also revealed the closeness he shares with his father, writing: ‘Since my brother Pete’s death, 9 years ago, I have been at Harry’s side and never absent from him for more than a day.

‘We laughed, we argued, we learned from each other. I became his friend while still letting him remain my dad.’

On hearing that Smith was seriously ill, Jeremy Corbyn said: ‘Very sorry to hear this. Please pass on my best to Harry. We need him to get well soon as the National Health Service, and our movement, needs him.’

And Mia Farrow, who has worked with Smith in campaigns to help refugees wrote: ‘Please give Harry my respect and love.’ 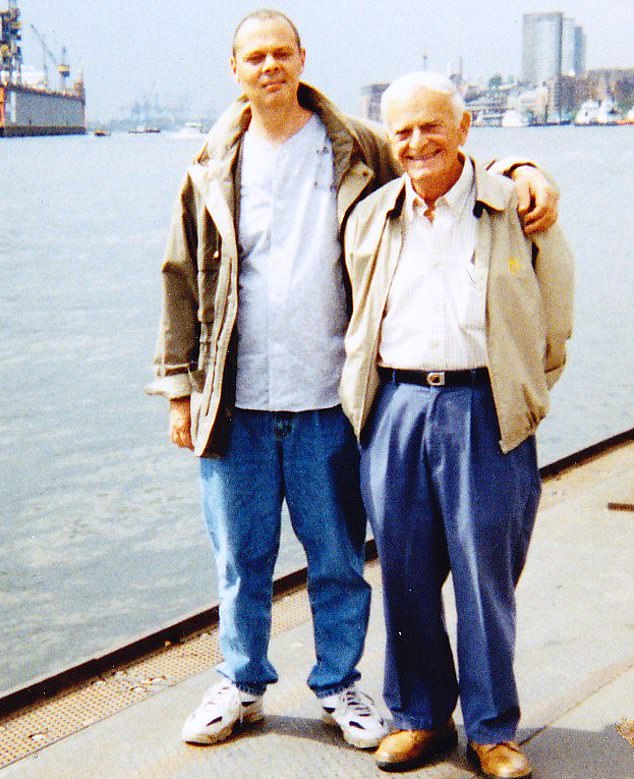 Harry pictured with his late son Pete, who died nine years ago at the age of 50. Harry’s other son John said the pair had become incredibly close since his brother died 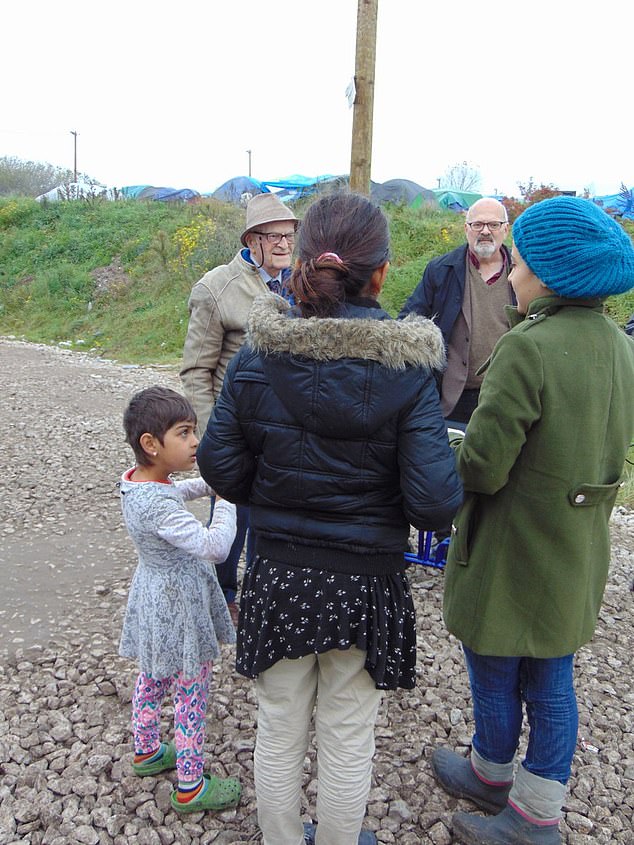 In September last year, Harry pinned a tweet to his bio explaining he intended to spend his finals days ‘touring the #refugee hot spots of the world to find a solution to this crisis’ 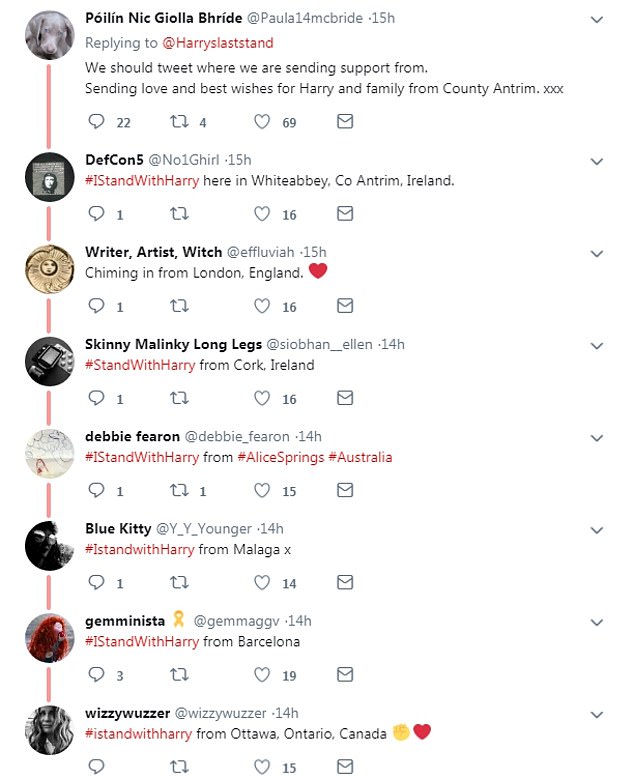 And on Twitter, many said it was hard to describe how they felt a connection with Harry in spite of having never met him.

@CelticYankees wrote: ‘Sitting here in genuine worry for a guy I have never met but feel like I know. Can’t imagine how you are feeling John. I just hope the love for your dad from so many of us on here is bringing some comfort. He is an exceptional man.’

@melaniekmelvin added: ‘Feel the same. Never met him but feel so connected. His love and determination ripples through Twitter and into our hearts.’

Smith’s Twitter profile shot up after he spoke at the 2015 Labour conference, telling the audience about life living in the UK before the NHS including the death of his sister at just ten from TB.