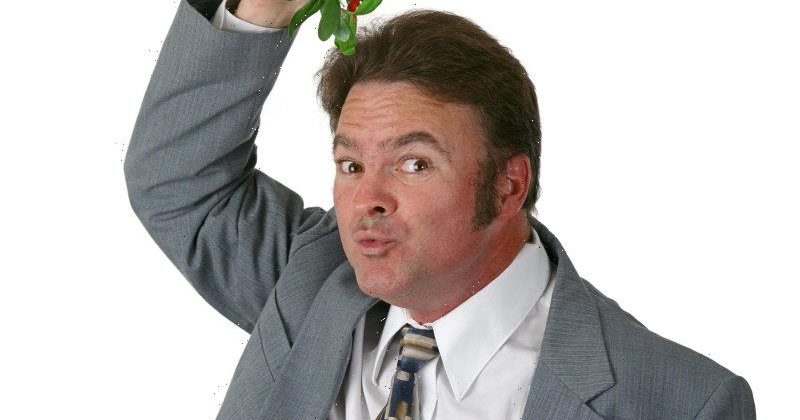 Christmas is a time of tradition, people always say. They point to all the things that are unchanging – the tree, the Nat King Cole album, that unwise first drink at noon. Yet here’s the thing: the traditions of Christmas change all the time. Summon up the Ghost of Christmas Past, and you’d hardly recognise him from Christmas Present.

Back then, Christmas began with the gift of a beer for the garbos, a longneck bottle per household, left on the kerb. They were an insurance police for your bins – ensuring that, in the year ahead, the garbo didn’t channel the spirit of today’s Qantas baggage-handler. They’d handle your bins gently. 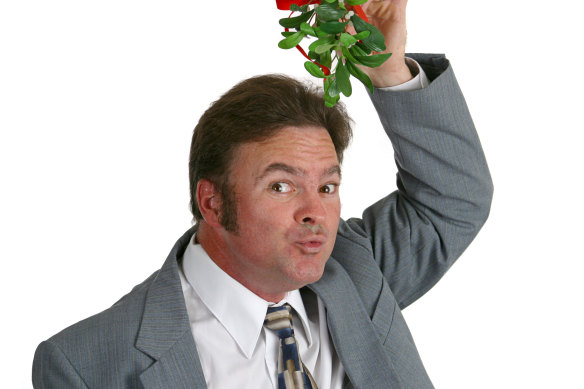 The forced bonhomie of the mistletoe was never going to survive #MeToo.Credit:iStock

According to a 1974 report in The Canberra Times, around one in four households left a Christmas beer for the garbos. Maybe, by then, the tradition was starting to falter. In Mosman, back in December 1940, the beer was so plentiful that thieves raided each street before the garbos arrived. The garbage workers were unimpressed: “Whoever is doing it knows that Christmas is our time for making a bit extra.”

It wasn’t only the garbos. There would also be gifts for the baker, the milko and, in an earlier period, the nightsoil man.

One of the best scenes in Clive James’ Unreliable Memoirs concerns this seasonal gift: “a bottle of beer left standing in the lavatory”. It’s Kogarah in the late 1940s and the dunny man would fetch the brimming can, heave it atop his shoulder and, with his spare hand, transport the festive longneck. Add to the scene Clive’s bike, left strewn across the driveway. The result: a mistimed attempt to jump over the bike and, soon after, the arrival of every blowfly in the country.

Why does this tradition of gift-giving, despite its perils, not extend to today’s garbos?

Other traditions have disappeared for more obvious reasons. The forced bonhomie of the mistletoe was never going to survive #MeToo. Likewise, the “lucky sixpence”, baked into the plum pudding, was stymied by decimalisation. A 1966 study, commissioned by the Federal Government, found the new cupro-nickel coins would turn green if cooked, “imparting unpleasant flavours”.

In the months leading up to February 14, 1966, some well-prepared cooks filled large jars with silver sixpences and, decades on, were still baking them into their Christmas pudding. I wonder if anyone still has a supply?

Certainly, Australians were sentimental about the power of the “lucky sixpence”. A report in Sydney’s Daily Telegraph in January 1937 concerned a thief who may have committed the ultimate evil – stealing a lucky sixpence. Police alleged the man had committed a break and enter in Botany. He had in his pocket a little over nine shillings, “including a sixpence which looked as if it had been in a Christmas pudding”.

The Christmas card is also dead, or near dead. It was once the most onerous task of the season. Thirty or so cards might be dispatched. One might be to a treasured relative overseas, but another would be to a couple who you may have met on holiday, although, all these years on, you can’t quite be sure. Still, they send you a card each year, and it would be impolite not to return the favour.

Meanwhile, over there in Austria or Saskatchewan or Scotland, a similarly confused couple are wondering about these mysterious Australians who somehow have their address.

Another change is with gift-giving. It’s become harder. In the years after the war, a well-presented orange might do the trick. A pineapple if you had tickets on yourself.

Then, in the ’70s, came the decade of socks and undies. Before trade barriers were removed by the Hawke Government in the mid-1980s, a pair of undies involved a large capital expenditure. Bank managers were consulted. Loose elastic was endured longer than can be easily imagined. Australian men spent most of their spare time conducting constant, somewhat surreptitious, adjustments. The gift of a new, snug pair would be the highlight of the festive season.

By the ’80s and ‘90s, undies were so cheap that the gift-giver had to look elsewhere. Luckily, at just that point, technological change created “the CD Christmas” in which everyone would give everyone else a CD: to be precise, Whispering Jack. This was followed, in the late ’90s and early 2000, by “the DVD Christmas”, in which everyone would instead give everyone else a DVD: to be precise, Shrek.

At this point, gift-giving became impossible which, after a few years of misery, led to a fresh idea: we should give each other an “experience”. This is why we all now give a voucher for rock climbing lessons, or a yoga session, or a cooking course, knowing the recipient will squeal with delight, before storing away the voucher and forgetting to ever use it.

So what of Christmas Future? My suggestion: a Non-Fungible Token, cooked into every pudding, and swappable for a longneck of beer.

To read more from Spectrum, visit our page here.