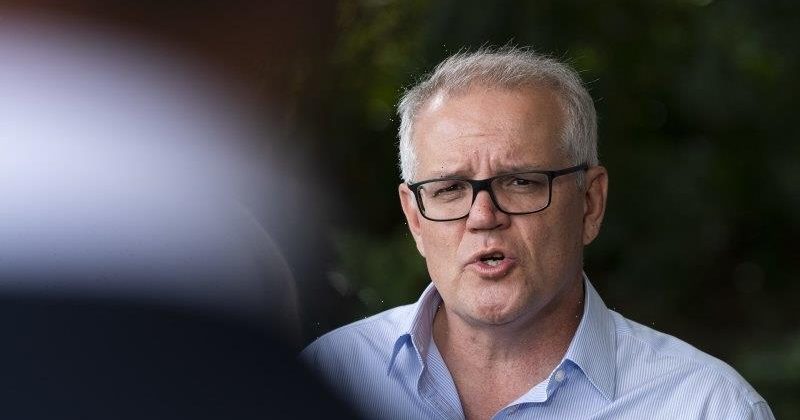 Prime Minister Scott Morrison has signalled more help on the cost of living in the federal budget this month after declaring Australians understood the war in Europe was to blame for a surge in the price of petrol to about $2.20 per litre.

With Labor accusing the government of allowing wages to fall in real terms for years, Mr Morrison left open the idea of a change to fuel excise as one of the options to ease the pain for households at the petrol pump. 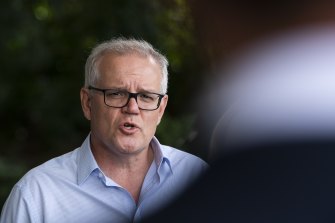 “So we’re working with other countries around the world at the moment in terms of releasing fuel reserves to try to alleviate the pressure on fuel prices.”

Asked whether he would change fuel excise – worth about 44 cents in every litre – to ease some of that price pressure as petrol heads toward $2.50 per litre, Mr Morrison did not dismiss the idea but avoided any commitment to change.

“The budget is coming up at the end of this month,” he said.

Asked again, he said: “The answer is the budget’s at the end of this month, but my point is that excise, where it has sat, is not going to change what the fluctuations are in price that is going to mean many times over any change you made in excise.”

Mr Morrison noted the petrol price had risen from $1.70 to $2.20 per litre in recent months and this was greater than excise alone.

“So what is driving fuel prices are things well beyond the shores of Australia,” he said.

United States President Joe Biden has prepared consumers for higher costs by blaming Russian President Vladimir Putin and his invasion of Ukraine on February 24, telling Americans that “Putin’s price hike” will have consequences across the economy.

Labor’s claim that Mr Morrison was too slow to act in a crisis has also drawn a response from the Prime Minister about his actions during the pandemic on measures like JobKeeper.

“I don’t accept Labor’s narrative on that and there’s a chorus of commentary which seeks to support that, and it’s often the same chorus that didn’t like how the last election went,” Morrison said in an interview with Nine political editor Chris Uhlmann.

“What I do accept is that in every single one of these cases you learn many things. Now, was Australia quick to move on JobKeeper – you know, $80 billion that effectively saved the Australian economy during the pandemic? Yes, of course we were. Was Australia one of the first movers to close borders on the pandemic, in particular to China? We were criticised for closing the borders with China and told we were being racist. Was Australia slow to move in calling out the origin of the virus? No, we weren’t.”

Asked about the Labor campaign against him on character and trust, and asked why voters should trust him with three years in government, Mr Morrison compared his message with a speech by Anthony Albanese last week in which the Labor leader promised to govern in the same way as former Labor prime ministers Bob Hawke and Paul Keating.

Mr Morrison has been heavily criticised over the federal response to the floods in northern NSW and Queensland, with Labor accusing him of failing to act on natural disasters, but he insisted the federal government acted “as quickly as we could” to send defence personnel and other help.

The Prime Minister used the Sunday interview to argue that resources were sent much faster than in the floods in northern Queensland in 2011.

“This time around, four times the number of ADF on the ground a week earlier – almost a week earlier. Now that’s a statement about increasing the capability of our defence forces,” he said.

Our Breaking News Alert will notify you of significant breaking news when it happens. Get it here.