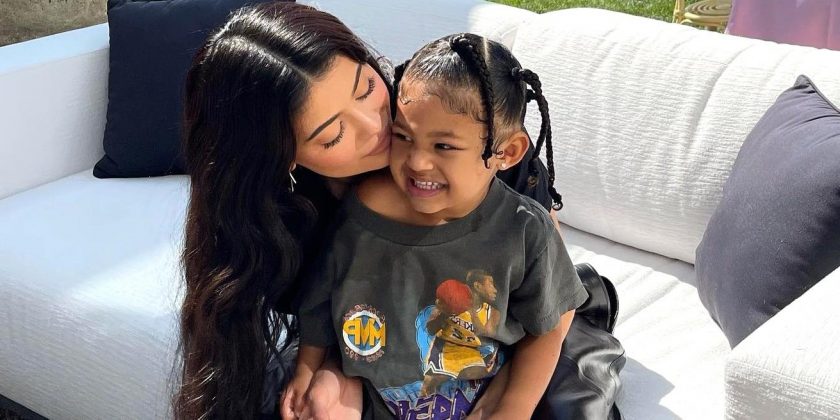 The bright side. Kylie Jenner celebrated Mother’s Day with a sweet message to daughter Stormi.

“Being a young mom just means we met a little early and I get to love you a little longer,” Jenner, 24, captioned a series of photos and videos from the beach on Sunday, May 8, via Instagram.

The clips showed the 4-year-old playing at the beach while wearing a bright coral dress. She tossed a shell into the water in one video while another showed her spelling her name in the sand while her mom laughed. 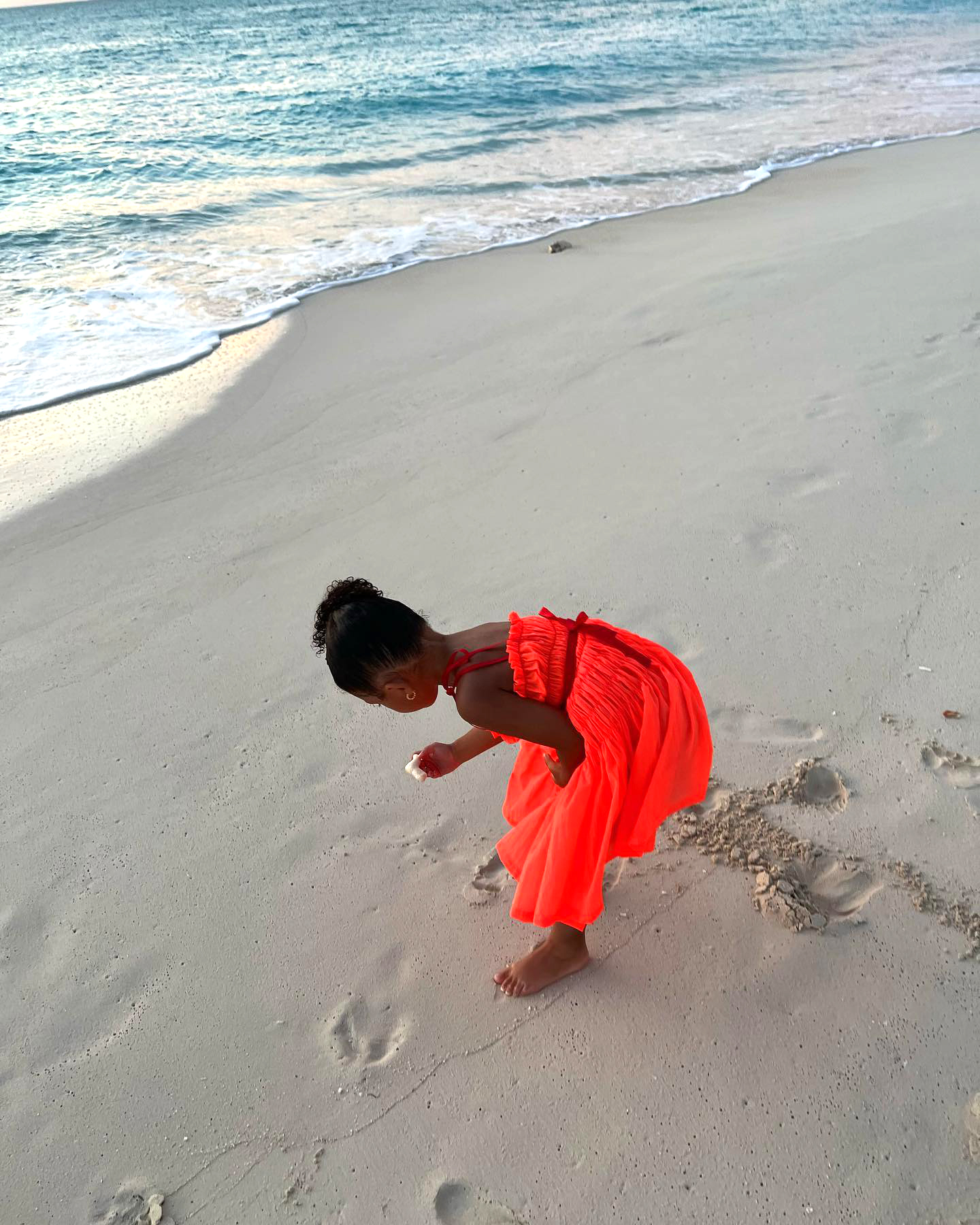 The Kylie Cosmetics founder discovered she was pregnant when she was 19 years old and gave birth for the first time at age 20. “It’s genuinely what I wanted … to be a young mom,” she told Paper Magazine in February 2019. “I thought, This I what I want to do, and if people accept it or don’t accept it then I’m okay with every outcome.”

The following month, Jenner, who shares her kids with Travis Scott, admitted that parenting is a big change at her age, but that doesn’t make her regret anything.

“I remember people used to ask, ‘Are you ready for this?’ And I always knew I was ready, but you don’t know what that love and that feeling is like until after you have a child,” she told Interview in March 2019. “She really comes before me, so that is a lot to take in at a young age, but I feel like I was definitely made for this and she has changed my life for the better.”

The photos come as Jenner shares glimpses of her family beach vacation. She and Scott, 31, took their daughter daughter and 3-month-old son to Turks and Caicos. In addition to some romantic sunset snaps of her and the rapper, she also highlighted Stormi feeding iguanas and showed off her abs in bikini snaps. 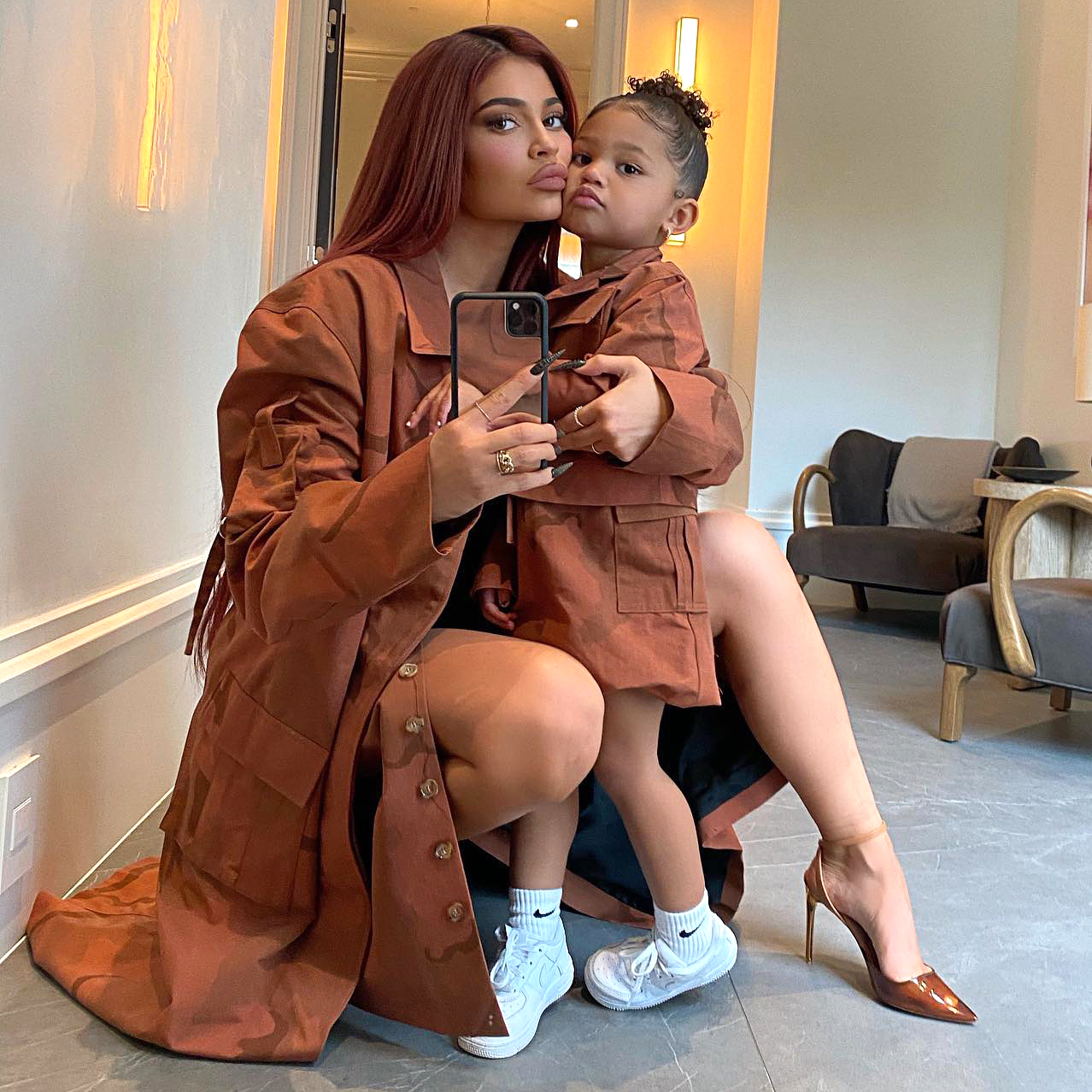 The Kylie Skin founder recently said she gained 60 pounds during her last pregnancy and, despite shedding 40 pounds, she was struggling to be patient with her body getting back into shape after welcoming her son in February.

“Gained 60 [pounds] again this pregnancy🤰,” the Kylie Baby founder wrote via Instagram Story on April 29, alongside footage of herself walking on a treadmill. “[I’m] down 40 [pounds] 🙏 [and] just trying to be healthy and patient.”

Amid her tropical getaway, the makeup mogul couldn’t forget about her own mom, Kris Jenner, on Mother’s Day. She shared some throwback photos to her childhood in her Instagram Story on Sunday.

“Happy mother’s day mommy,” Kylie captioned a photo of her and the Safely founder with a white heart.