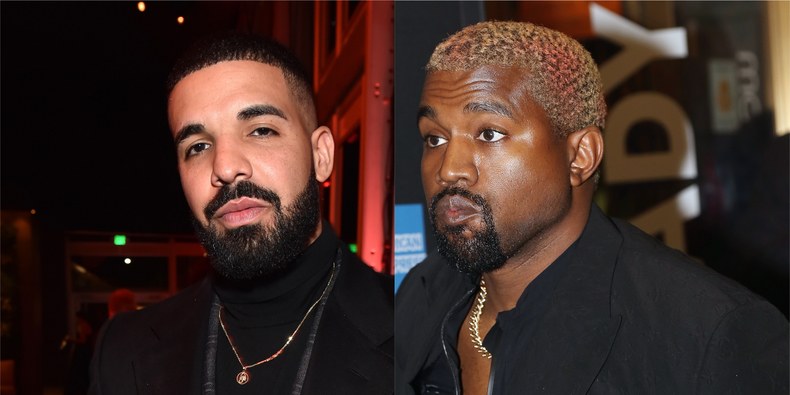 All month long, West has been posting on social media about the two rappers' on-again, off-again feud, seemingly trying to reignite it and demanding apologies for words exchanged in the past. Though by and large Drake stayed out of it, West went so far as to call out Ariana Grande when she subtweeted about the feud, proving that he was taking this supposed fight pretty seriously. But this morning, he's doing some back-tracking.

Early on Saturday, West tweeted a screenshot of an article about the rappers' ongoing drama and wrote, "I never knew till this morning that Drake followed my wife on Instagram back in September." On the one hand, Kim Kardashian West is famously independently famous, so it's not like it's weird that anyone would follow her. But on the other, hmm, what was Drake doing? Shortly after West tweeted, though, it seems that cooler heads prevailed, because he deleted the tweet, though you can still see it on The Shade Room's Instagram, and the link to the screenshot is active.

Maybe the deletion is thanks to Kris Jenner? The Kardashian matriarch is friends with Drake and just appeared in Grande's "Thank U, Next" video, so she's invested in keeping things at a low simmer, beef-wise.

While Drake continued saying nothing, West posted on Twitter "Love everyone" and "all positive vibes," so it seems like for today, at least, there is peace in the kingdom.

This friendly side is fun! Do Taylor Swift next!


Justin Bieber on his "Purpose" tour. Photo by Getty Images.