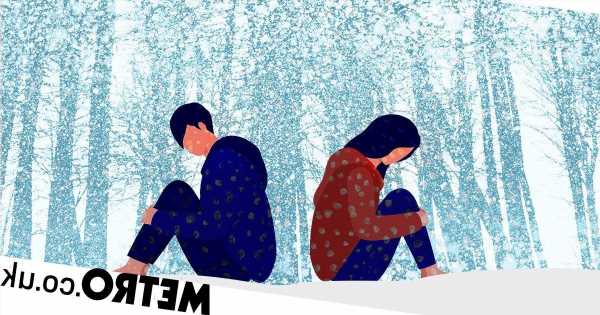 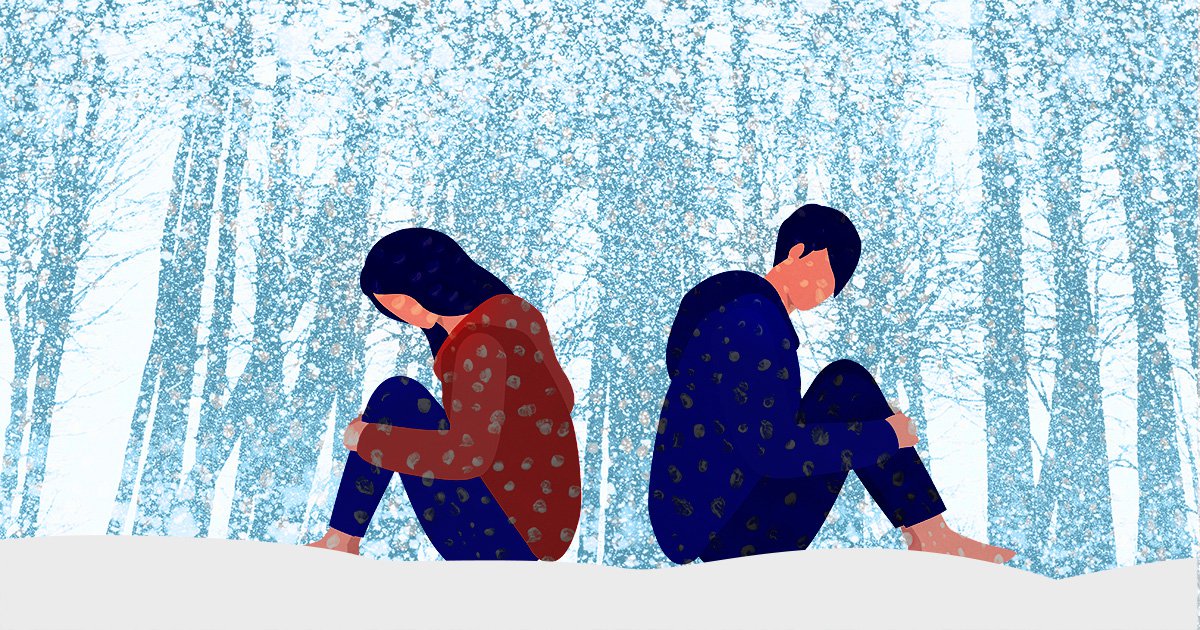 Is your partner a little flaky? Are they giving you the cold shoulder? Then snow storming could appeal to you.

Winter is referred to as ‘cuffing season’ in the dating world.

It’s the time of year couples wear matching pyjamas and bobble hats, while going to Winter Wonderland where they look annoyingly cute in their festive photos.

But sometimes things aren’t as rosy as they seem and while it can be tempting to stick it out over the festive period, that white Christmas you’ve been dreaming of can still be magical without a partner.

In fact, if being ‘cuffed’ to your partner isn’t working out then you may be tempted to try snow storming, the new dating trend.

Coined by the dating app Wingman, snow storming involves actively letting go of a current relationship by ending things with a clean break.

Don’t get it confused with cobwebbing – that’s the decluttering of your life by clearing out former lovers, but snow storming involves cutting out your current relationship too.

But is it a healthy trend? Dating and relationship expert Kate Mansfield warns that an abrupt exit from a relationship could be damaging to both parties and that simply upping and leaving is rarely a good thing.

Kate tells Metro.co.uk: ‘The only situation where snow storming is a good idea is in an abusive or violent relationship, where discussing it, or delaying leaving might put you in danger.

‘Anything outside of this should be carefully thought through and discussed with the other person.’

If your relationship has been relatively healthy and stable but the spark simply isn’t there anymore then Kate doesn’t recommend snow storming.

‘Aside from escaping a dangerous or toxic relationship, there are no pros to snow storming. It is selfish, reactive and unhealthy to leave a relationship without communicating or trying to at least reflect on what didn’t work,’ argues Kate.

Serial snow stormers may be more prone to dysfunctional relationships.

Kate said: ‘Usually, you will find that snow stormers go from one relationship to the next, repeating the same dysfunctional patterns again and again – until perhaps someone snow storms them?’

But Kate does admit that if you’ve tried to make a relationship work, you shouldn’t stay for the sake of it.

‘This might clear the way for a better partner to come in.

‘But just leaving suddenly for no serious reason other than feeling dissatisfied is never a good idea.’

‘I don’t think that any “trend” is a good thing to participate in when it comes to making major relationship decisions,’ said Kate.

‘Any extreme reaction is usually not to do with the relationship itself, but more to do with something going on inside of you.

‘Often we project our dissatisfaction with our lives onto our partners and may end up regretting this kind of knee jerk decision.’

Blue-stalling: When two people are dating and acting like a couple, but one person in the partnership states they’re unready for any sort of label or commitment (despite acting in a different manner).

Breadcrumbing: Leaving ‘breadcrumbs’ of interest – random noncommittal messages and notifications that seem to lead on forever, but don’t actually end up taking you anywhere worthwhile Breadcrumbing is all about piquing someone’s interest without the payoff of a date or a relationship.

Caspering: Being a friendly ghost – meaning yes, you ghost, but you offer an explanation beforehand. Caspering is all about being a nice human being with common decency. A novel idea.

Catfish: Someone who uses a fake identity to lure dates online.

Clearing: Clearing season happens in January. It’s when we’re so miserable thanks to Christmas being over, the cold weather, and general seasonal dreariness, that we will hook up with anyone just so we don’t feel completely unattractive. You might bang an ex, or give that creepy guy who you don’t really fancy a chance, or put up with truly awful sex just so you can feel human touch. It’s a tough time. Stay strong.

Cloutlighting: Cloutlighting is the combo of gaslighting and chasing social media clout. Someone will bait the person they’re dating on camera with the intention of getting them upset or angry, or making them look stupid, then share the video for everyone to laugh at.

Cockfishing: Also known as catcocking. When someone sending dick pics uses photo editing software or other methods to change the look of their penis, usually making it look bigger than it really is.

Cuffing season: The chilly autumn and winter months when you are struck by a desire to be coupled up, or cuffed.

Firedooring: Being firedoored is when the access is entirely on one side, so you’re always waiting for them to call or text and your efforts are shot down.

Fishing: When someone will send out messages to a bunch of people to see who’d be interested in hooking up, wait to see who responds, then take their pick of who they want to get with. It’s called fishing because the fisher loads up on bait, waits for one fish to bite, then ignores all the others.

Flashpanner: Someone who’s addicted to that warm, fuzzy, and exciting start bit of a relationship, but can’t handle the hard bits that might come after – such as having to make a firm commitment, or meeting their parents, or posting an Instagram photo with them captioned as ‘this one’.

Freckling: Freckling is when someone pops into your dating life when the weather’s nice… and then vanishes once it’s a little chillier.

Gatsbying: To post a video, picture or selfie to public social media purely for a love interest to see it.

Ghosting: Cutting off all communication without explanation.

Grande-ing: Being grateful, rather than resentful, for your exes, just like Ariana Grande.

Hatfishing: When someone who looks better when wearing a hat has pics on their dating profile that exclusively show them wearing hats.

Kittenfishing: Using images that are of you, but are flattering to a point that it might be deceptive. So using really old or heavily edited photos, for example. Kittenfishes can also wildly exaggerate their height, age, interests, or accomplishments.

Lovebombing: Showering someone with attention, gifts, gestures of affection, and promises for your future relationship, only to distract them from your not-so-great bits. In extreme cases this can form the basis for an abusive relationship.

Microcheating: Cheating without physically crossing the line. So stuff like emotional cheating, sexting, confiding in someone other than your partner, that sort of thing.

Mountaineering: Reaching for people who might be out of your league, or reaching for the absolute top of the mountain.

Obligaswiping: The act of endlessly swiping on dating apps and flirt-chatting away with no legitimate intention of meeting up, so you can tell yourself you’re doing *something* to put yourself out there.

Orbiting: The act of watching someone’s Instagram stories or liking their tweets or generally staying in their ‘orbit’ after a breakup.

Paperclipping: When someone sporadically pops up to remind you of their existence, to prevent you from ever fully moving on.

Preating: Pre-cheating – laying the groundwork and putting out feelers for cheating, by sending flirty messages or getting closer to a work crush.

Prowling: Going hot and cold when it comes to expressing romantic interest.

R-bombing: Not responding to your messages but reading them all, so you see the ‘delivered’ and ‘read’ signs and feel like throwing your phone across the room.

Scroogeing: Dumping someone right before Christmas so you don’t have to buy them a present.

Shadowing: Posing with a hot friend in all your dating app photos, knowing people will assume you’re the attractive one and will be too polite to ask.

Shaveducking: Feeling deeply confused over whether you’re really attracted to a person or if they just have great facial hair.

Sneating:When you go on dates just for a free meal.

Stashing: The act of hiding someone you’re dating from your friends, family, and social media.

Submarineing: When someone ghosts, then suddenly returns and acts like nothing happened.

V-lationshipping:When someone you used to date reappears just around Valentine’s Day, usually out of loneliness and desperation.

You-turning: Falling head over heels for someone, only to suddenly change your mind and dip.

Zombieing: Ghosting then returning from the dead. Different from submarineing because at least a zombie will acknowledge their distance.