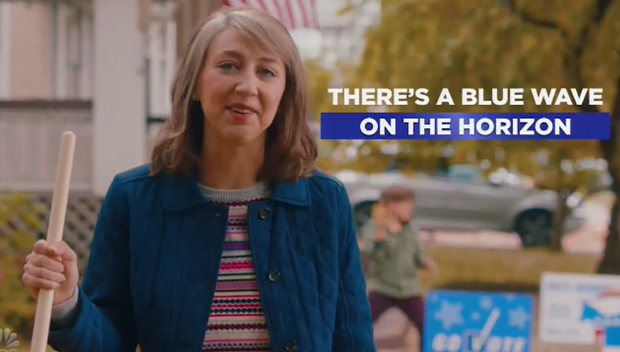 Regular Democrats are barely keeping it together in ‘SNL’s parody of a Midterm Elections ad! Watch the hilarious sketch here!

The Midterm Elections are less than a week away, and the Democrats are losing their freaking minds in a parody for a political ad in this SNL sketch. Beck Bennett basically crushed his coffee as he said, “Democrats are taking back the House. It’s a win we need, and one we’re going to get. I’m sure of it.” Kate McKinnon drinks a whole vase worth of bourbon, before screaming so loud she shatters all of the glass nearby her. Heidi Gardner even yells at her kids to get inside “until Tuesday.” Basically, everyone pretty much is having a tough time keeping positive as they try to convince themselves that “we’re going to win.” Watch the viral moment go down below!

Speaking of viral moments, one of the stand-out sketches from this season was when Kenan Thompson portrayed Bill Cosby in prison. “I am in my prime. I’m in jail and loving it. No kids saying the darnest things. Limited interaction with Camille,” Kenan admitted to host Seth Meyers, who played the part of a new cellmate. Later on in the sketch, Kenan told Seth, “I’m busting out, I got Woody Allen to drive the getaway car.”

And another viral sketch involved none other than Travis Scott in a dance-off. While playing a former back-up dancer for Mariah Carey, the rapper stole the show as his crew went head to head against host Awkwafina’s dancing entourage. Of course, he managed to dance to the Jeopardy theme song.

We’ll keep you posted with all of the latest, viral sketches. In the meantime, check out all of the photos from this season in our gallery above!