There’s a new VP in town! Keke Palmer announced during her Saturday Night Live hosting debut that she is pregnant with her first child.

Keke Palmer Through the Years: Nickelodeon Star and Beyond

“There’s some rumors going around, people have been in my comments saying, ‘Keke’s having a baby, Keke’s pregnant,’ and I wanna set the record straight — I am,” Palmer, 29, said during her Saturday, December 3, monologue on SNL, before opening up her beige trenchcoat to show off her bare baby bump.

The True Jackson, VP alum further gushed about her “awesome year” and impending motherhood journey during her opening segment on the late-night show. 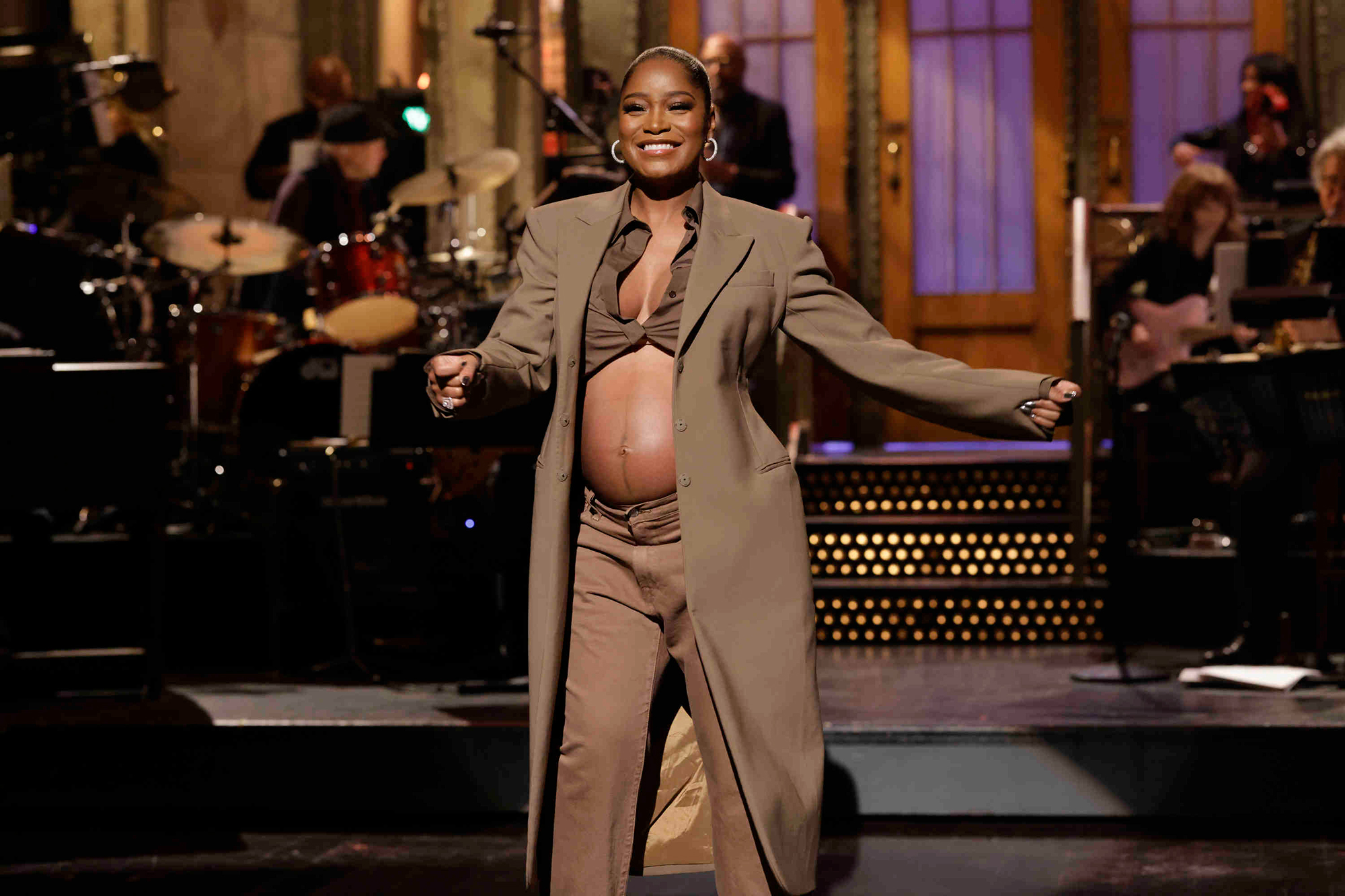 “I mean, like, I was trying so hard to keep it on the down low, ‘cause I got a lot of stuff going on, you know?” Palmer joked on Saturday. “People kept coming up to me [and saying,] ‘Congratulations.’ I’m like, ‘Sssh, can y’all stop, I got a liquor sponsorship on the line. Let the check clear and then we can get to the damn baby shower!’”

She continued: “But, honestly this has been the biggest blessing, and I am so excited. Guys, I’m going to be a mom! Even though some people feel a little weird about me having a baby ‘cause I was a child actor, I just wanna say, ‘Look, I’m 29, I’m grown, I have sex [and] I own a home. … You know, things adults do.’”

Celebrity Pregnancy Announcements of 2022: See Which Stars Are Expecting Babies

The former Strahan, Sara and Keke host — who was joined on Saturday by musical guest SZA — rose to fame with her breakout role in 2006’s Akeelah and the Bee opposite Laurence Fishburne and Angela Bassett. The Illinois native continued acting with starring roles in the likes of Jump In!, Nickelodeon’s True Jackson, VP, Joyful Noise, Scream Queens and Jordan Peele’s Nope.

As the Hustlers actress grew from a child actress into a mega-star, she’s been candid about expanding her family in the future and passing down the lessons that she’s learned through the years. 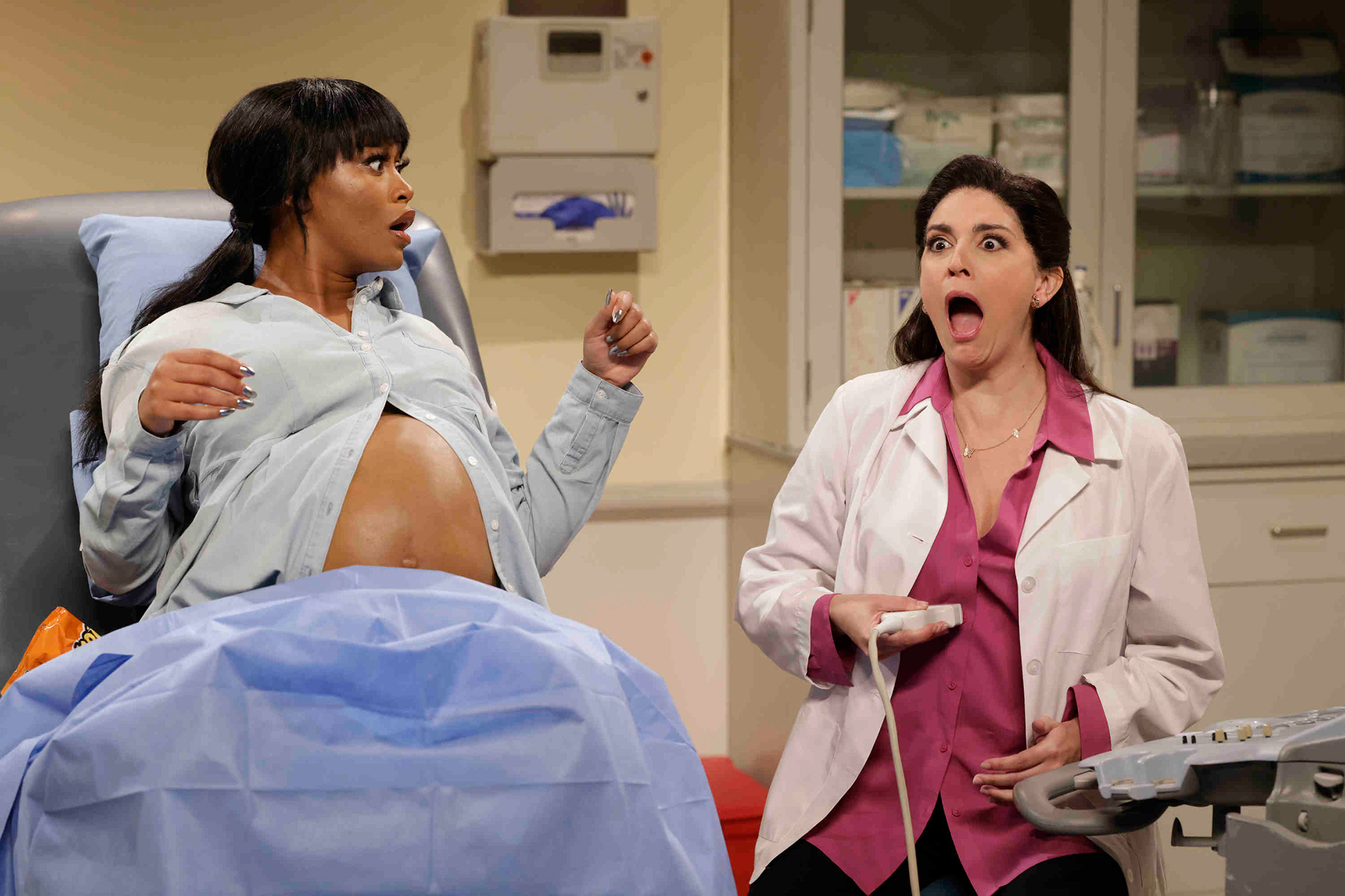 Keke Palmer and Cecily Strong during the SNL “Ultrasound” sketch on December 3, 2022.

“[Parenthood is] being able to talk to my kids and to be able to inspire them and encourage them,” Palmer told E! News last month about her motherhood hopes. “And also, just strap them with the things that they need to be even better than I could have even imagined. I want them to have more than what I have, and I want them to know more than me.”

The “Baby, This Is Keke Palmer” podcast host added at the time: “[I want to] create a place for us to have conversations, for them to talk to me, for them to feel like I’m there and I accept them, but then also to provide them as much as I can — and to keep them grounded, too.”

Palmer’s baby bump also made a surprise cameo in one of the Saturday sketches. In an “Ultrasound” skit, the actress’ character received a checkup from Cecily Strong‘s OB-GYN. The Scream Queens alum, however, was in for a shock when she saw a sonogram of her little ones (played by SZA, Bowen Yang and Sarah Sherman, respectively) break-dancing and jumping rope in the “womb.”

For more, watch the clip above!