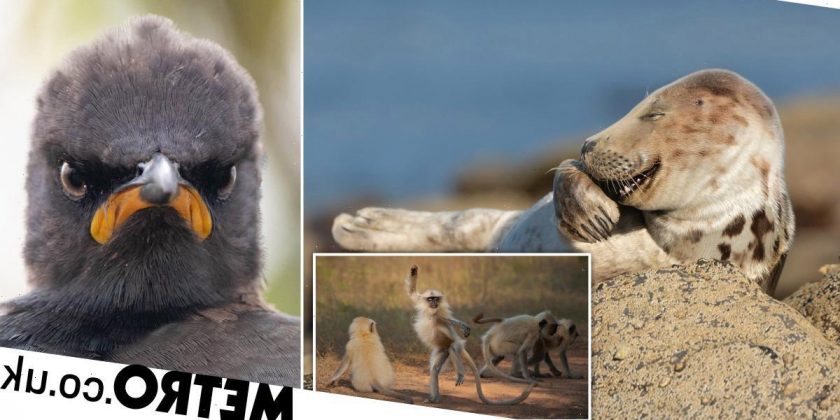 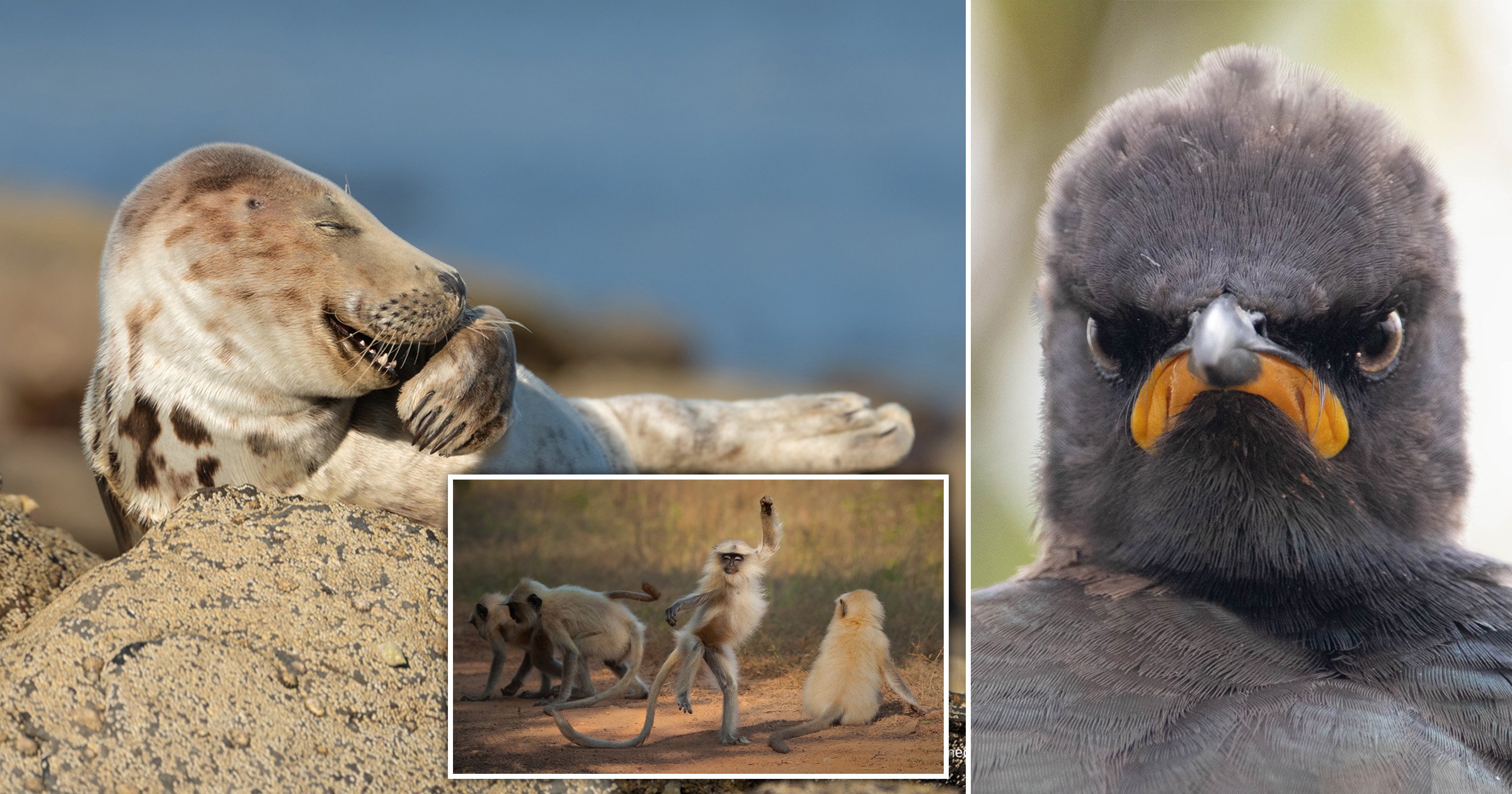 In need of a light-hearted pick-me-up?

We have just the thing.

Images from this year’s Comedy Wildlife Photo Awards have been released and they are bound to bring a smile to your face – with everything from chuckling snakes and goofy insects to an eagle flying into a branch.

In total, 42 images make up the final shortlist for the competition – a number that was whittled down from 7,000 entries from around the world.

There’s something for everyone too – with a bird shrugging its shoulders, a grumpy-looking chameleon and a monkey injuring his nether regions on a branch.

The snaps have been taken from all over the globe – with animals in the UK, South Africa, Germany, India and more taking on a variety of hilarious poses.

It’s worth pointing out that the winning shot is yet to be crowned – so members of the public can vote for the image that makes them laugh the most at comedywildlifephoto.com.

Voters have until October 10, and the category winners and overall one will be announced on October 22.

Last year’s winner was photographer Mark Fitzpatrick, who snapped a picture of a turtle which appeared to be giving the camera the middle finger.

Founded in 2015 by photographers Paul Joynson-Hicks and Tom Sullam, the awards aim to promote wildlife conservation through humour.

Paul Joynson-Hicks says: ‘The huge number of images we receive every year illustrates the appetite there is to engage with conservation and reminds us that wildlife truly is incredible and hilarious, and we must do all we can to protect it.’

While Tom Sullam adds: ‘Whittling down the list of photographs was harder than ever this year. It was great to see a range of animals, from the incredibly rare to the humble pigeon.’

Feast on more hilarious animals from the shortlist below: