The Victorian Greens will seek to establish a parliamentary inquiry to determine what went wrong during last year’s devastating Maribyrnong River floods, to make up for what they say is an inadequate review that will not look at urban planning, warning systems and government policy.

Residents and former senior Melbourne Water staff this week were alarmed that the limited scope of the water authority’s review would ignore crucial factors that led to the flooding of inner-west streets, affecting more than 520 homes in the Maribyrnong City Council area. 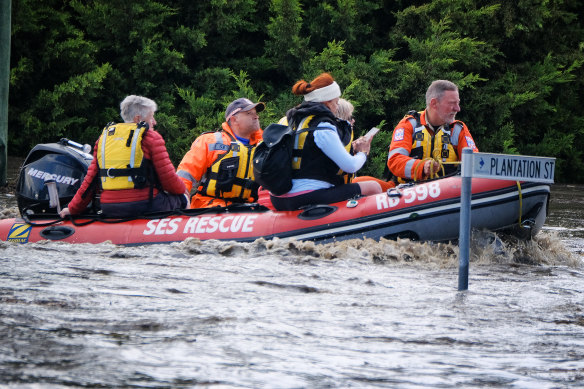 “The Labor government is using it as a smokescreen,” she said. “They’re just trying to tick a box.”

“I’m worried the Labor government’s using it to potentially deflect any blame from them, or avoid any discussion about what governments have done wrong, or what they should do better, because it excludes policy responses.”

Jane Trewin’s Maribyrnong home was destroyed by the rising river on October 14. 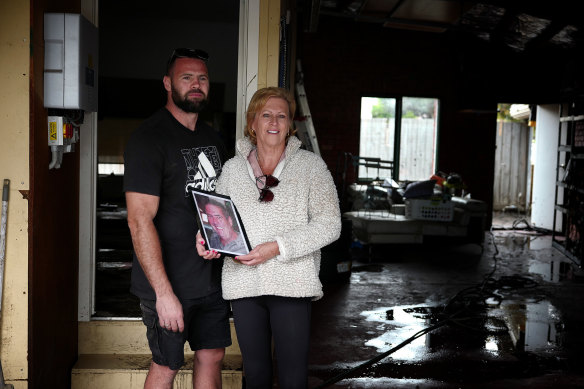 Jane Trewin with son Tyson at their home next to the Maribyrnong River two days after the floods.Credit:Luis Enrique Ascui

Trewin welcomed the proposed parliamentary inquiry because of the limitations Melbourne Water had put on its review. “It’s excluding so many things. Everyone in the area says, ‘What is the point?’”

Trewin said she had stayed up to 2.25am, worried that the water would rise high enough to inundate her home. She finally went to sleep believing floodwaters would likely not reach her house.

She said the inquiry needed to look at the failure of an early warning system.

“If we’d known the night before we could all have been more organised,” she said. “Melbourne Water don’t want to know because they know they’re opening themselves up to ridicule.”

For the inquiry to go ahead, more than 50 per cent of upper house MPs would need to vote with the Greens. If Labor voted against the motion, the Greens would need the support of the Coalition and three other crossbench MPs. Sandell was confident of attaining majority support.

Opposition water spokesman Tim McCurdy said the Coalition would consider the Greens’ motion because the scope of the Melbourne Water review was skewed, and the community deserved a full and thorough inquiry.

“The Liberals and Nationals support any review that will provide peace of mind to flood-affected families and businesses while offering some comfort that a repeat of the devastation will be minimised or avoided in the future. We will consider the merit of the motion once tabled in parliament,” McCurdy said.

Melbourne Water said its review would be an independent and transparent process done by qualified and experienced experts.

Managing director Nerina Di Lorenzo this week said the inquiry would take too long to complete if the scope was larger and that some of what unfolded during the October 14 flood was outside the authority’s responsibility.

Its review will look at nine aspects of the flood, including its overall impact, what contributed to the event, and future flood modelling. Submissions opened on Tuesday.

The limited nature of the Melbourne Water review contrasts with a wider public inquiry begun in 2011 in the aftermath of serious flooding. That review, led by former Victoria Police chief commissioner Neil Comrie, looked at the effectiveness of early warnings, the performance of emergency services, urban planning and policy responses.

Acting Premier Jacinta Allan on Thursday said the government should be informed by the outcome of the water authority’s independent inquiry into the floods and would await its recommendations. She encouraged interested Victorians to make a submission. 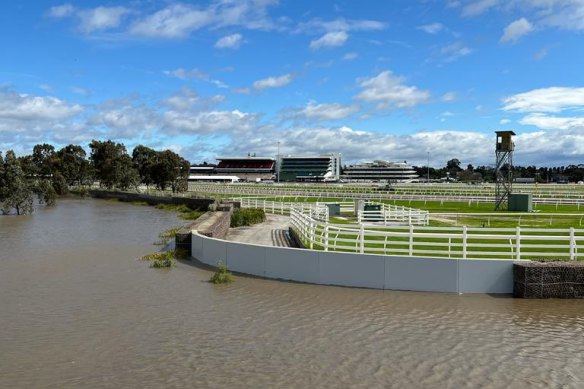 Sandell said a parliamentary inquiry should interrogate early warning systems and whether the State Emergency Service has adequate resources and planning options to mitigate flooding, which will become more common because of climate change.

She said the possible removal of a 2.4-metre-high flood wall surrounding parts of the Flemington Racecourse needed to be an option on the table.

The flood wall protected the racecourse from rising waters while neighbours across the river were inundated, triggering questions from the public over whether it directed floodwater away from the natural floodplain and towards homes.

Melbourne Water will review the flood wall, which was approved by a Labor government and constructed in 2007 against the wishes of three neighbouring Melbourne councils and some Maribyrnong residents.

A spokeswoman for the Victoria Racing Club said it would participate in the review and provide any information required.

“The VRC followed all regulatory procedures and obtained full approvals for the flood wall,” she said.